Election Day has finally arrived, and already the US is seeing record-breaking voter turnout for this year’s Midterm Elections. Already 35 million votes have been cast the day prior to the election, which dwarfs the 20 million cast this time four years ago.

Even with the impressive early turnout, businesses across the country, including breweries here in Colorado, are looking to do their part to encourage voter participation. However what many businesses may not understand is that federal voting law prohibits incentivization based on the parameters of voting and/or not voting.

Whoever makes or offers to make an expenditure to any person, either to vote or withhold his vote, or to vote for or against any candidate; and

Whoever solicits, accepts, or receives any such expenditure in consideration of his vote or the withholding of his vote–

However, it is NOT illegal to offer general election day specials regardless of whether folks have voted or not. So with that in mind, here’s a quick run down of Election Day watch parties and general Election Day drink specials being offered from Colorado breweries around the state.

(Play Along with Our 2018 Midterm Election Drinking Game) 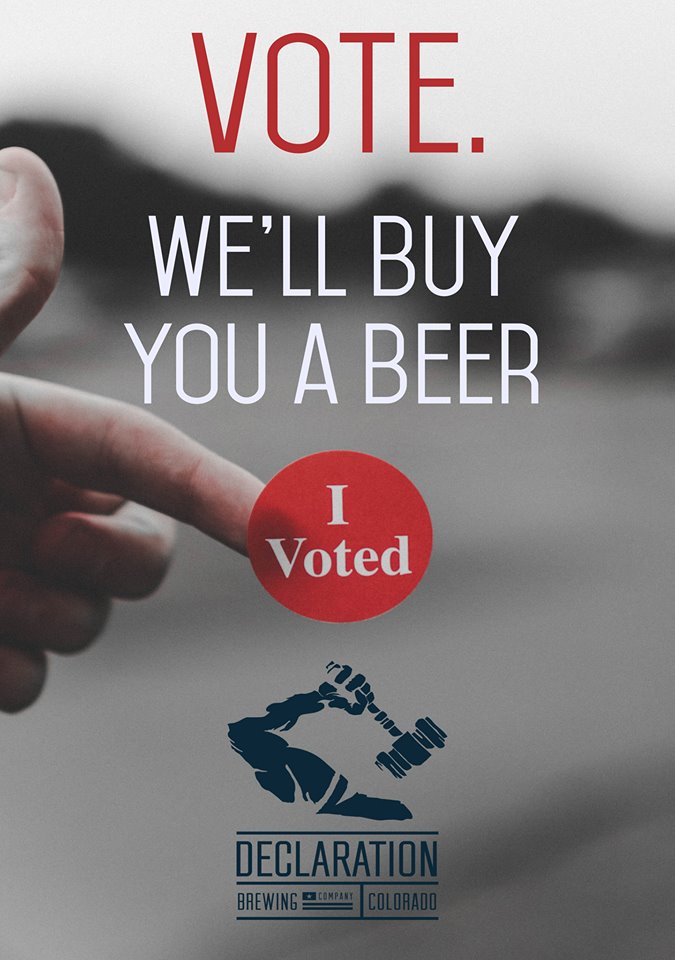 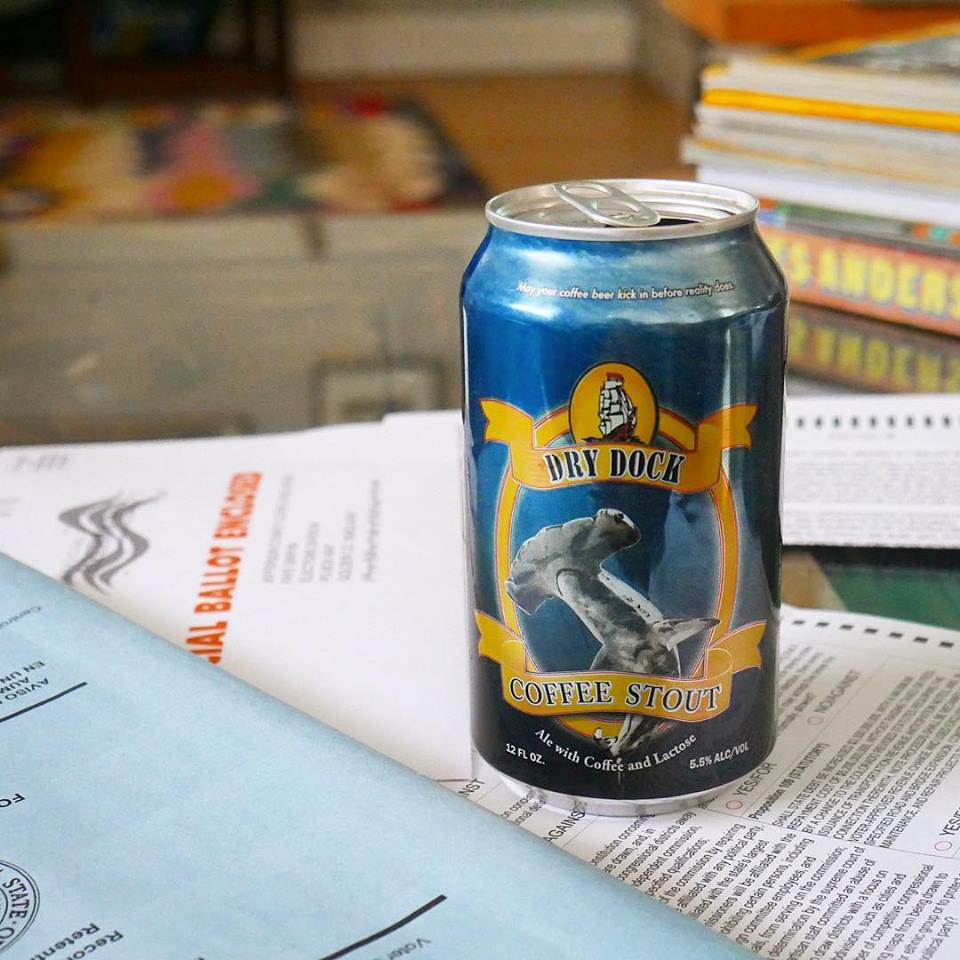 Deal: $1 Off Your First Pint

Deal: $1 Off Your First Pint 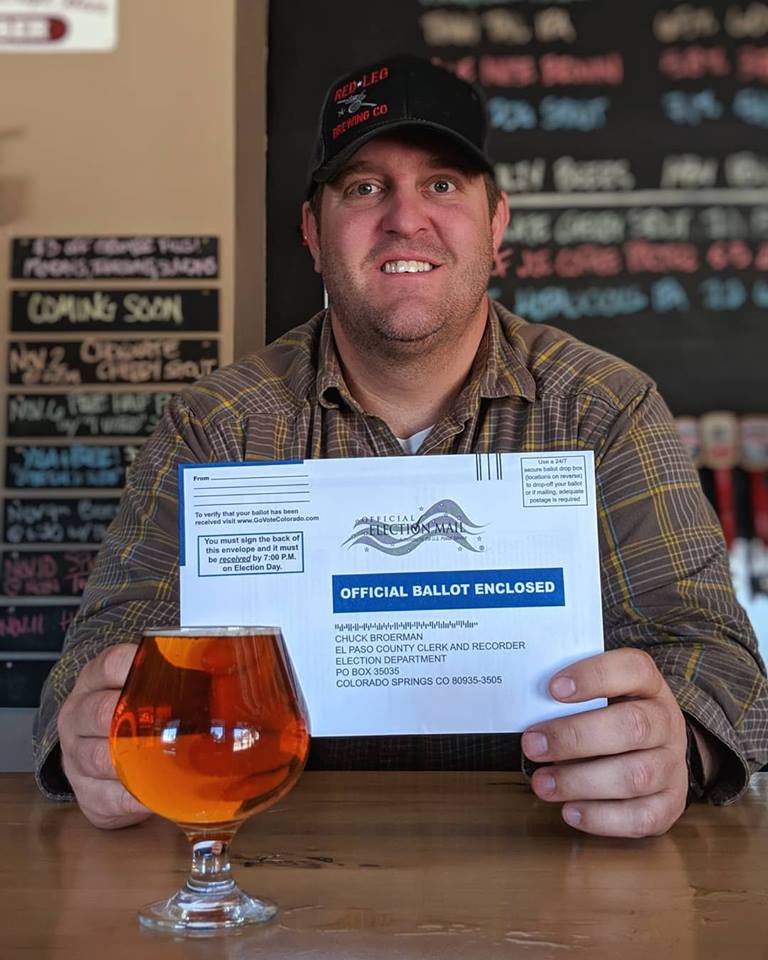 Deal: $3 Sunny with a Chance of Unicorns Imperial Saison

Deal: Free Beer or Margarita with the Purchase of a Burrito