Though the annual, spring release of Founders KBS has always been met with fanfare. CBS largely remained part of the Michigan-based brewery’s special releases. In fact, Founders last year scheduled, as part of its Barrel-Aged Series, KBS, Backwards Bastard and four beers listed simply as #3, #4, #5 and #6. It wasn’t until late in the year when Founders announced its #6 would indeed be CBS. But, in 2019, there is no surprise — CBS fans can anticipate its release in November.

Also, this year, Backwards Bastard and the brewery’s new Solid Gold Lager enjoy year-round status, while Founders has expanded its Taproom Mothership series to include four, yet unnamed, releases. Meanwhile, favorites such as Harvest Ale, All Day IPA and Mosaic Promise remain staples in the Founders lineup.

Please note: All dates and beers are subject to change. 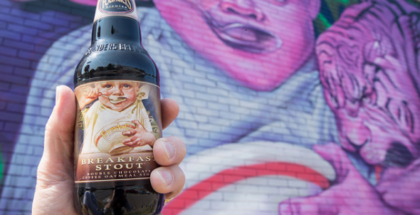