Given the fact that its buried in snow and doesn’t see the sun for 6 months out of the year, It comes to no surprise the Chicago doesn’t even rank in American’s top 50 fittest cities. But where Chicago lacks in fitness, friendliness, honest politicians, and low taxes, it makes up with its food and beer scene.

The Windy City knows it’s way around a deep dish pizza, Italian beef, or hot dog and it has plenty of great new breweries that make the great beer to compliment these famous Chicago foods. These wonderful, high-calorie globs of happiness make the otherwise dark and depressing winter months in the urban jungle just a bit easier to tolerate. While Chicago may be known around the globe for it’s comfort food, the Windy City’s fine dining scene is also a force to be reckoned with, and Moody Tongue Brewery in the Pilsen neighborhood could please the pallet of even the snootiest Chicago “foodie.”

Moody Tongue’s culinary-focused beers made a splash on the Chicago brewing scene a few years ago with beers made to be paired with food of the more “fine dining” varietal. While some old school beer aficionados may turn their nose up at such a concept, Moody Tongue’s lineup of beers is limited but very consistent in terms of quality. Each beer in their lineup is brewed with unique ingredients more often than not found in some of the dishes of Chicago’s premier restaurants. PorchDrinking has covered their black truffle pilsner, which made some big waves in the local craft beer community back in 2016.

But I’d like to focus now on one of their beer’s that is perfect for the season. It’s winter in Chicago, and so far it has been a particularly brutal one, which means that I need something dark, boozy, and full of flavor to get me to March, to keep me warm until I can finally see the sun again. When you need those extra hibernation calories and whiskey just ain’t cutting it, Moody Tongue has the perfect dessert beer for the sophisticated foodie.

Stop by your local Binny’s and give this limited release a try. Pouring a dark brown in color, this boozy behemoth’s nose immediately titillates the senses with the sinful trifecta of sweet dark fruit (I get cherry), alcohol, and tobacco.  A full flavored sweetness awaits your palette before finishing with the signature, but subtle, chocolate flavor that makes this stand out from standard Barleywines. It goes without saying, and I am sure Moody Tongue would agree, drink this for dessert. Preferably with chocolate. You can shovel the snow tomorrow. 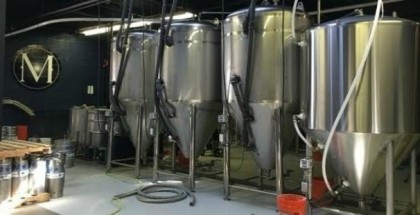 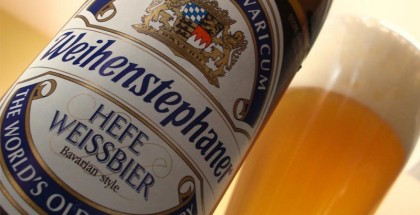 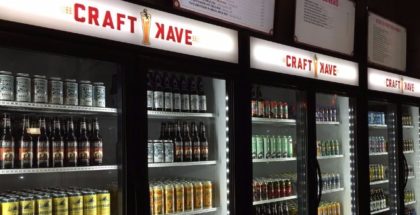