Christmas time is a time of year filled with tradition, from holiday parties, to caroling, to big, hearty, meals filled with comfort food. For many families, traditions also include baking all the cookies. All these cookies are given out during cookie exchanges, to the mail carriers, to uncles, aunts and cousins, and certainly, they will also end up in gifts to you from others as well. With all these cookies, it doesn’t take long before you are sick of all that sugar. That’s when it’s time to break open some less-than-obvious beer pairings to make those cookies seem new again. 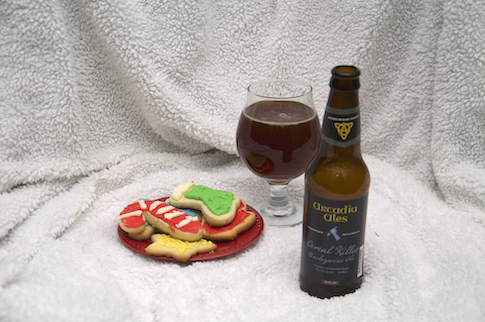 Everybody makes frosted sugar cookies, and even with cream cheese frosting, it doesn’t take long before you need something to cut that sugar. Enter Arcadia Ales Cereal Killer Barleywine Ale. The tart, cherry and plum of this beer balances out the cookie and brings out the little bit of sour in that cream cheese, all without taking away the essential characteristics of the cookie. In return, the cookie erases the tartness of the brew while enhancing the barley and fruit. As an added bonus, since cream cheese responds particularly well to fruity things, putting these two together is like eating cherry cheesecake. 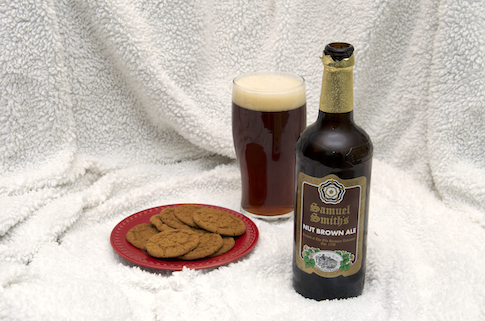 Spicy, molasses-ey ginger snaps are a welcome change amidst the sugary sweet treats your grandma forces upon you on Christmas Eve. That nice dose of heat can become a little much, and when that happens, it’s time to have some Samuel Smith’s Nut Brown Ale. The malty, nutty brew cuts through the heaviness of the molasses and lessens the spice. As the mix of spice, molasses, nut and malt swirls in your mouth, it will almost make you want to dip the cookie straight in the beer. 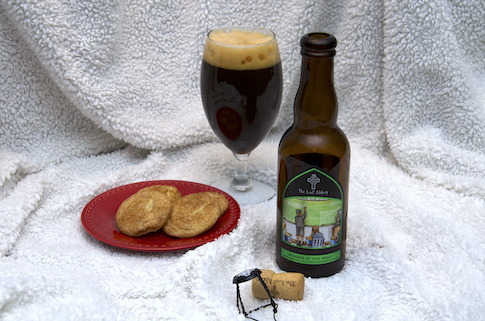 Pairing snickerdoodles requires thinking outside the box. Sure, you could go with a coffee or a milk stout, but to really get the best from this cookie, you need something less obvious. Lost Abbey Number of the Beast is a barrel aged ale with tones of raisins, cinnamon and chili. Alongside snickerdoodles, the raisins in this beer pop, and the cinnamon and spices fill your mouth. You can almost imagine the flavors coming together and wrapping around each other, melding together to create something beautiful. 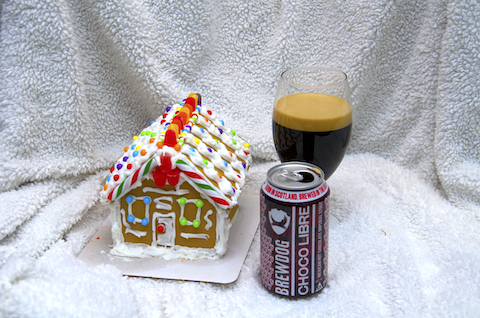 Classic gingerbread is the epitomy of Christmas treats. Nutmeg, molasses, ginger and other spices need a little sweet to go alongside them – but nothing too sweet. The answer to that is Brew Dog’s Choco Libre, a chocolate imperial stout with notes of cinnamon. Choco Libre’s heat focuses the spices and ginger of the cookie, making the thin gingerbread seem thicker and creamier. 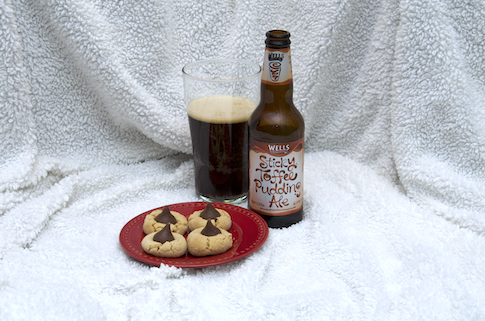 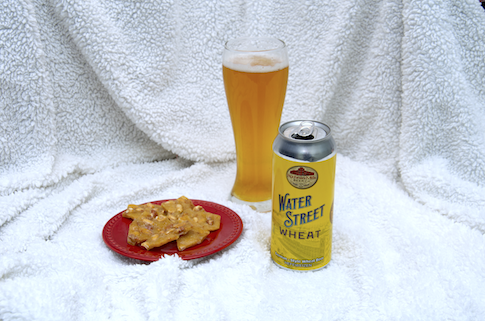 Bananas! That’s what you get when you pair peanut brittle with Rochester Mills Water Street Wheat. The two are practically polar opposites, a funky, grassy, peppery, banana light beer and a toffee, vanilla, peanut slab of candy. But these opposites are meant to be, with the banana and peanut flavors pairing well. Because Waterstreet Wheat is so light, it cuts the richness of the toffee and melts away the sugar, leaving peanuts, caramel, bananas, and a low key toasted notes that remind me of crackerjacks. 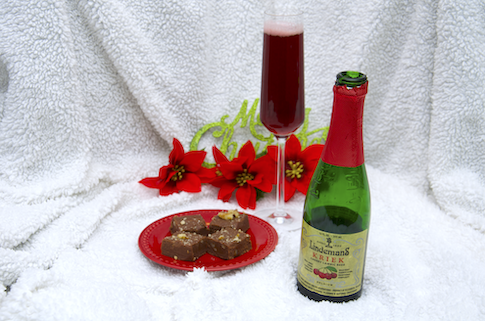 Christmas fudge is complicated, because everyone has a different version. For this piece, we went with a simple fudge with walnuts, and paired it with the stellar Brouwerij Lindemans Kriek Cherry Lambic. This beer is Christmas, tart, cherry and effervescent. When paired with the fudge, the lambic cuts through the rich fudge and leaves traces of melting chocolate covered cherries. I seriously can’t get enough of these two together. 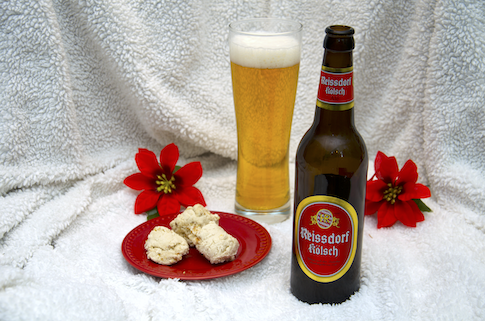 The sugary sweet divinity is one of those things I am most excited about at Christmas. However, even after one, I’m often kind of over the treat, which is made of only sugar and corn syrup (and can be easily ruined when trying to make it–see photo). After a while, it’s not only a little much, it’s also a little dull. Pairing it with something too complicated might take away some of the simplicity. So, why not a well-made kölsch? That’s why I paired this sweet treat with Reissdorf Kölsch. They’re both pretty subtle and don’t step over each other. The carbonation in the kölsch cuts the sweetness, and makes the divinity basically bubble in your mouth. Or, the divinity makes the carbonation explode in your mouth. Either way, it’s good fun. 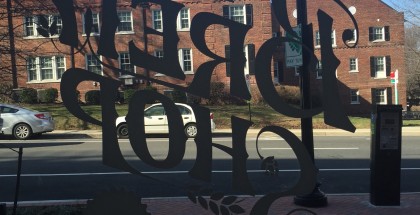