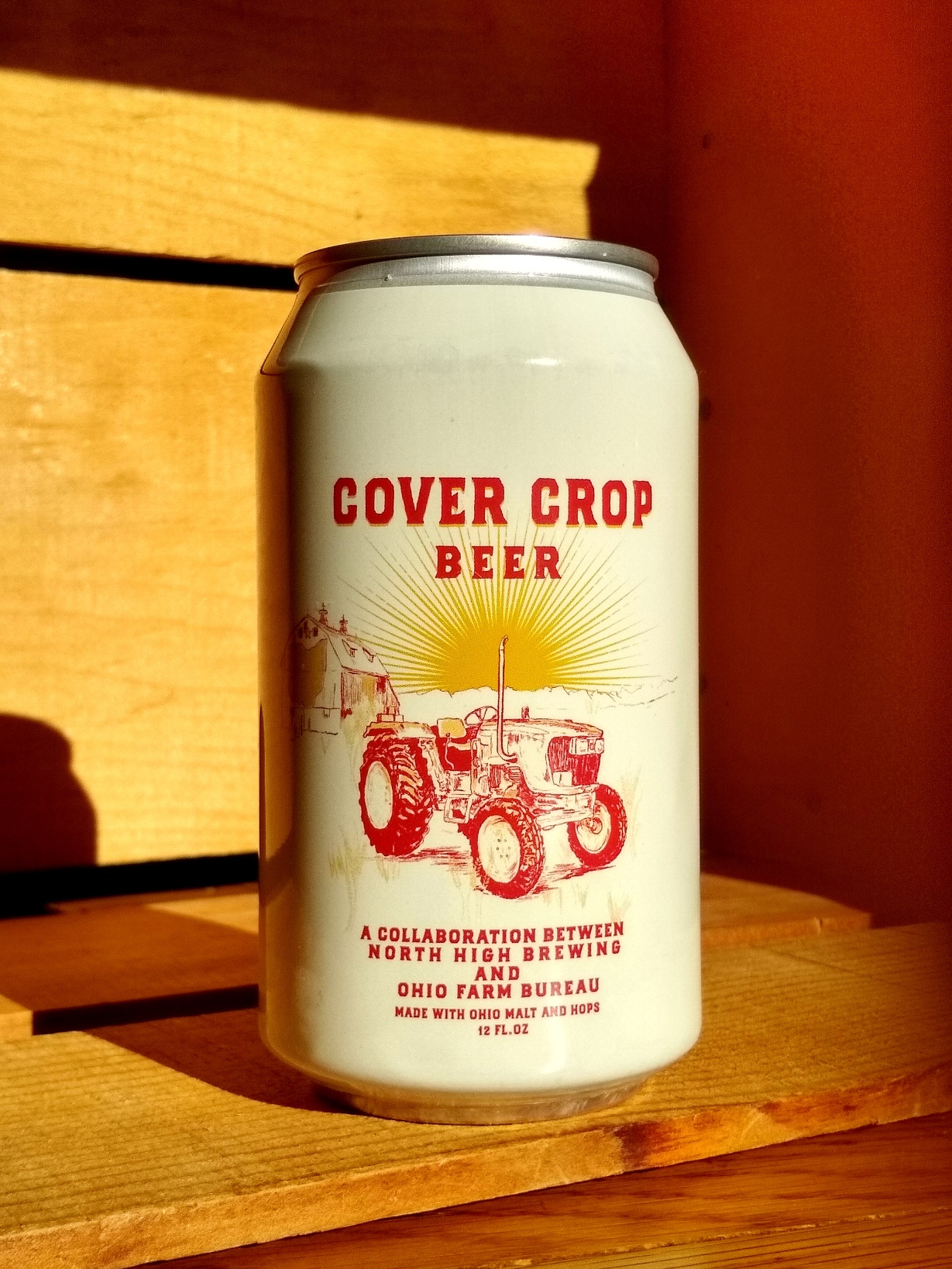 While Ohio is home to half a dozen sizable metropolitan areas, the state is defined by its farmland and the farmers who work it. In summer, a drive through the Buckeye state will find you hemmed in by tunnels of corn reaching for the sky and miniature forests of leafy soybeans rolling like waves in the wind. In winter, those fields will be full of frosted stubble stretching toward the horizon. In spring you might find winter wheat or barley providing a carpet of green to a landscape just waking up from its long, frigid rest, and in fall large harvesters take to the field to bring in the crops. Agriculture is the top industry in Ohio, but the state also loves good beer, ranking fifth in the country in craft beer production.

Beer is an agricultural product. Without barley and hops, we wouldn’t have beer as we understand it today, but it’s easy to lose sight of that fact in a segment generally dominated by hip urban breweries and the metropolitan beer scenes surrounding them. North High Brewing and Ohio Farm Bureau want to see that change. Cover Crop is brewed entirely with Ohio malts and hops.

“[Ohio Farm Bureau] reached out to us and asked us if we’d be willing to brew a beer for this celebration,” explains North High brewmaster Jason McKibben, former head of production at Anchor Brewing before his move to Columbus. “We give our spent grain to a farmer in Canal Winchester, and we wanted to see a beer made with Ohio ingredients.”

“We met with a number of breweries and it became clear that North High Brewing was our partner of choice,” says Ohio Farm Bureau executive vice president Adam Sharp. “They were really enthusiastic. We were both committed to having ingredients come from Farm Bureau members.” 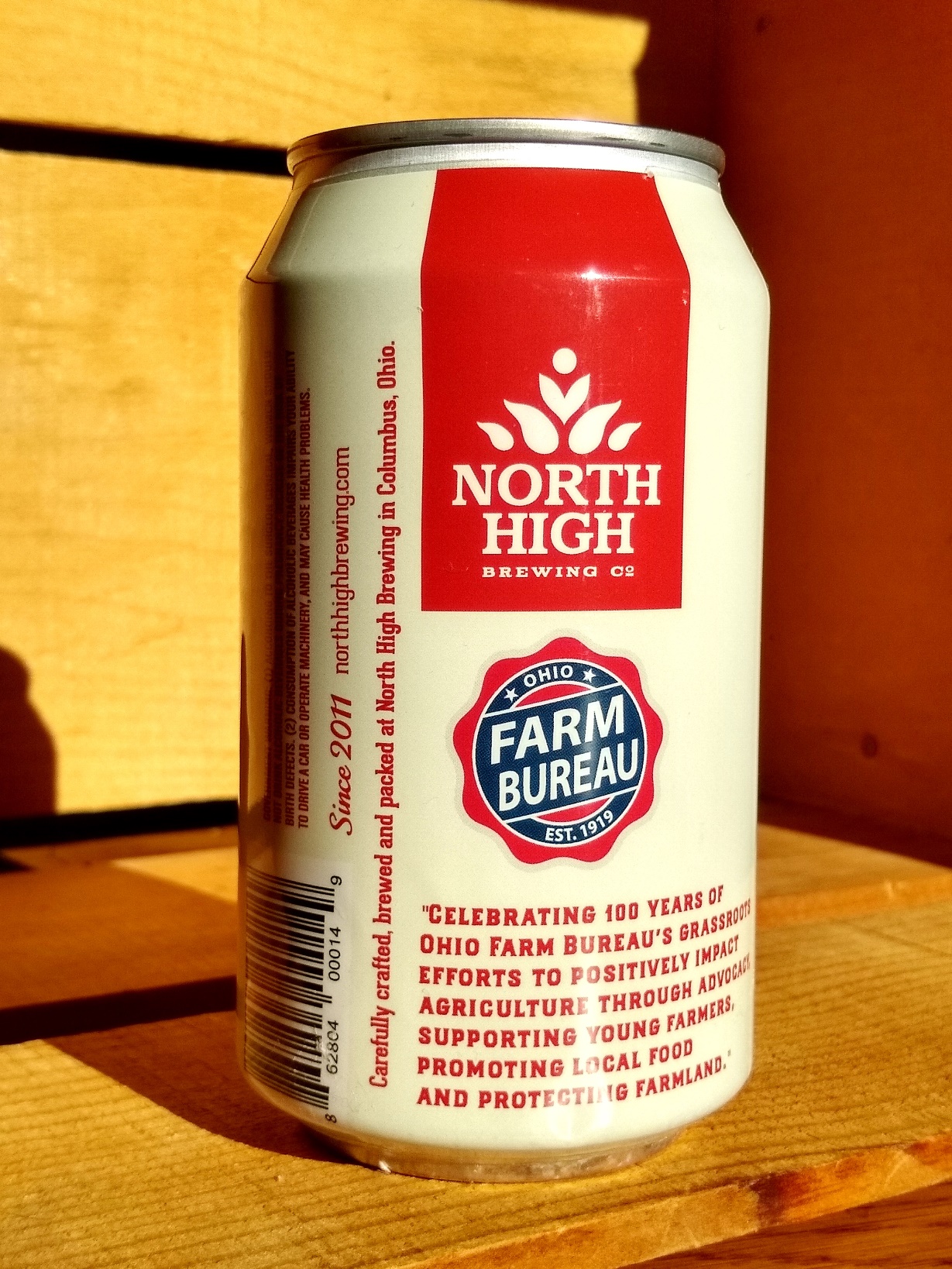 Cover Crop’s name refers to the practice of planting crops on a plot of land during what would normally be its fallow season. The cover crop may or may not be harvested, but it will prevent erosion, preserve nutrients in the soil, and improve water quality.

“Planting cover crops is a farming practice used generations ago to improve the soil,” says Sharp. “The practice is making a comeback today as a tool farmers can use to protect water quality. Everyone wants cleaner water, and what better way to start a conversation than over a cold one?”

North High worked with Columbus artist Nicholas Nocera to design appropriately agrarian artwork for the can.

“We wanted it to be as rustic and agriculturally geared as possible,” says McKibben. “Nick designed a big old tractor and a barn for it. There’s even a little bit of barley growing out of the ground there.”

“More and more of our existing members, families that traditionally grew corn or soybeans, are looking at malt barley and hops as a way to diversify,” reflects Sharp on the impact of craft beer on Ohio agriculture. “Some are now growing for the craft beer market. We were at the recent Ohio hop growers convention and made a lot of new friends.”

The Farm Bureau hopes Cover Crop will help younger craft beer drinkers think more about where their beer comes from, and the importance of farmers and growers to so much of the food and drink culture we enjoy.

The beer itself is an easy-going, refreshing blonde ale at 4.5% ABV. It’s brewed with Ohio-grown malts sourced from Rustic Brew Farm and Origin Malts, and Ohio-grown Cascade and Centennial hops from a variety of growers. The beer has only 14 IBU and very little hop character; the Cascade was chosen because it’s the most readily available hop grown in Ohio, and Centennial for the anniversary the beer is honoring.

While McKibben stresses how drinkable and approachable Cover Crop is, I was pleased to encounter a distinctive and—dare I say it—slightly rustic character in the beer that fits its name and purpose. A touch of minerality greets the nose when it’s first poured, followed by the impression of corn sweetness (there is some corn in the beer) and a bread dough malt base. The palate brings low sweetness and minimal hop character, with a crisp finish. It’s easy to imagine the appeal of this beer when you’re coming in off the fields on a hot day.

That appeal hasn’t been lost on Ohio Farm Bureau constituents.

While McKibben was initially concerned they wouldn’t be able to sell enough Cover Crop to justify the minimum can order his supplier required, North High’s distributor is now having trouble keeping the beer stocked around the state. Excitingly, Cover Crop is being stocked in rural and small-town grocery stores that previously have only stocked macro brands.

“One guy [who runs a rural store] is selling out the day it arrives, and he takes your name and then calls you when more comes in. IGAs are stocking cases ten high and then selling out immediately,” says McKibben of a supermarket chain common in small towns around Ohio.

“We wanted something that was appealing to a broad range of beer fans with differing tastes,” explains Scott. “I think North High Brewing really hit the target on taste. I’ve had friends that are Bud Light fans and friends that are into everything from IPAs to stouts to lagers tell me they really enjoy Cover Crop.”

While mass-produced light lagers have long been the beer of choice in these rural Ohio communities, Cover Crop could change that one can at a time.

Everything You Need to Know About the 2019 Cider Summit Chicago 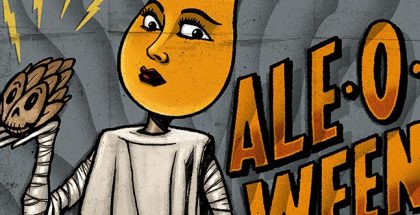 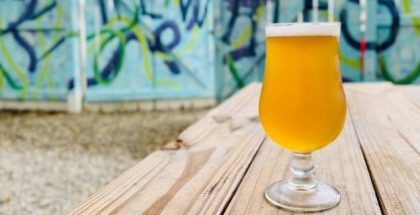