Nibbling cheese while sipping wine is a time-honored tradition, but an increasing number of breweries are challenging the old-fashioned wisdom and introducing pairing beer with cheese. Embracing beer and cheese may seem like a stretch but many experts contend that beer is actually a better partner for cheese.

I recently had the pleasure of attending Halfpenny Brewing Companyâ€™s monthly beer and cheese pairing in Centennial, Colo. and found that beer does indeed play nicely with cheese. According to Halfpenny co-owner/brewer Chris Reigrut, â€œBeer and cheese just make an excellent pairing.â€

Reigrut elaborates that beer works better than wine because â€œitâ€™s got a more dynamic range that fits with the broader range of cheese.â€ He noted that compared to the broad variety of cheeses and beers, wine styles are relatively limited. Beer and cheese also derive flavor similarities from their common base ingredient of grain.

Halfpennyâ€™s event included lighter combinations like gose with lemon stilton and bold combinations like IPA and cambozola (similar to blue cheese). Like a good marriage, the goal is that each partner brings out the best qualities of the other. 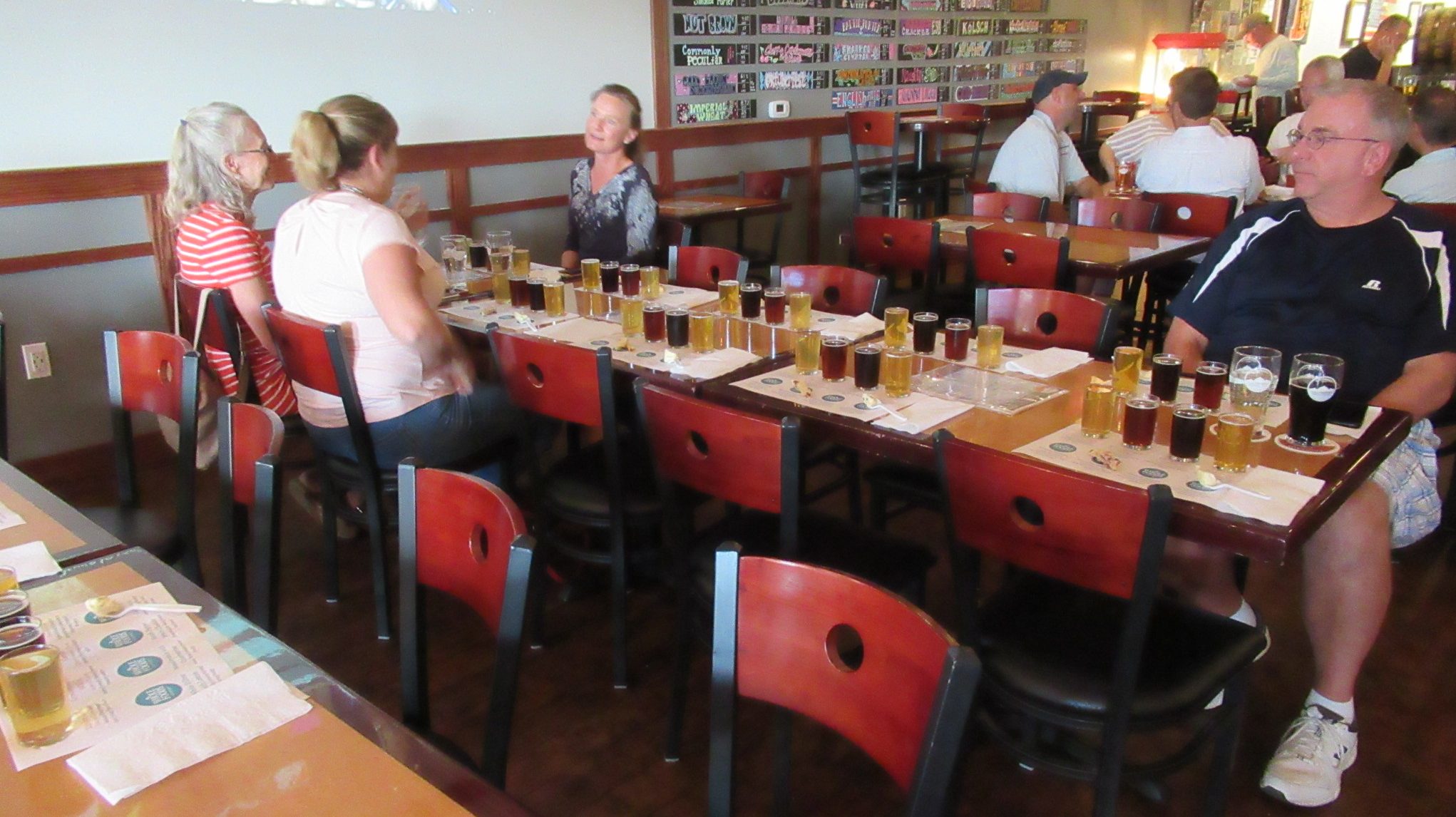 For the most part, Halfpennyâ€™s pairings achieved this and uncovered new and enhanced flavors and textures in both beers and cheeses. For example in the IPA pairing the intensity of the cheese offset the grassy hoppiness of the beer and allowed the hopsâ€™ tropical fruit elements to shine through. Conversely, the dryness and bitterness of the hops caused the cheese to taste creamier.

Normally a Whole Foods cheesemonger hosts the event but on this night taproom manager Mike Naifeh ably executed those duties. Naifeh provided background on why he selected each pairing along with advice on how best to nibble and sip. He also provided general theories behind matching beer and cheese.

Breaking Out on Your Own

But what if you canâ€™t find a nearby brewery with a pairing or talk your favorite craft brewery into starting one? Donâ€™t despair. With some quality craft beers, a good cheese supplier, and a few basic guidelines you can easily assemble your own.

To start, Reigrut recommends first deciding on either a set of beers or a group of cheeses, then building the other around those.

When pairing, decide whether you want to compare or contrast tastes, or as Naifeh puts it, go â€œwith the flavors or against the flavors.â€ In practical terms, that means the cheese and beer can have similar intensity and will magnify each otherâ€™s flavors like a funky saison and earthy cheese, or offset each other like a crisp Kolsch and a fatty cheese. 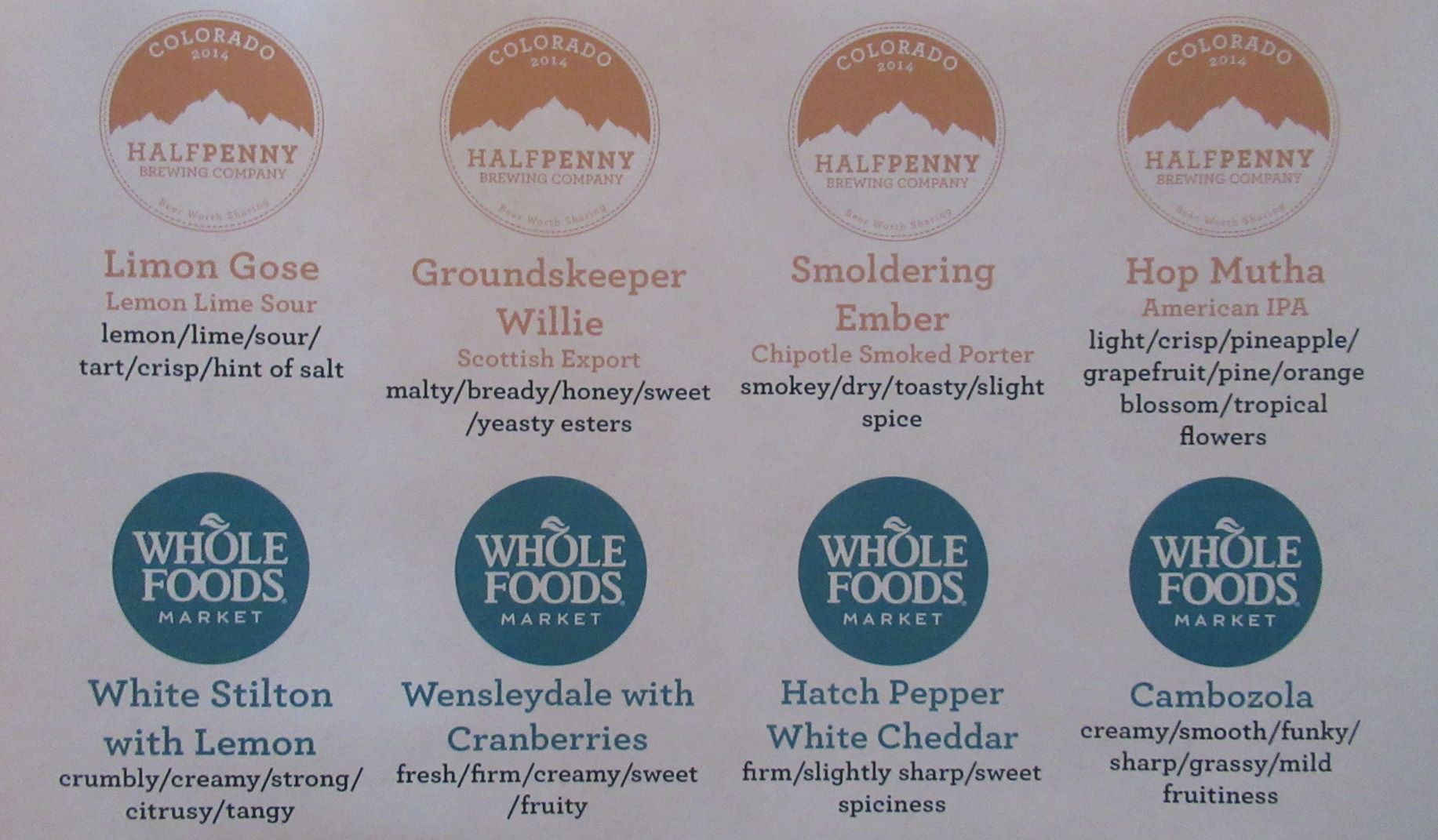 If you choose a complementary pairing, Reigrut cautions against overly-similar beers and cheeses since they will not bring out anything additional in their mate.

Some complementary pairing ideas include putting a funky sour with an earthy camembert or a light, fresh Belgian wit with a clean, young chevre.

Contrasting pairings include matching a crisp, dry saison against a rich, fatty gruyere or a sweet and malty amber versus a salty pecorino romano.

Other interesting options include picking a single beer and seeing how it interacts with a variety of cheeses or vice versa. As Reigrut notes, â€œCheeses can be picked to highlight different aspects of the same beer.â€

Even if every pair isnâ€™t a hit, each pairing will be a learning experience. Whether you attend a brewery event of stage your own, each beer and cheese pairing is an opportunity to drink some great beers, try tasty cheeses and spend some quality time with friends.

Ask the Experts | How to Revamp the Standard Brewery Tour? 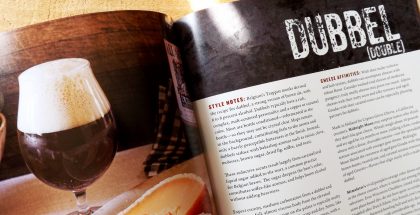