The craft beer scene in the U.S. has been around for a relatively short period of time. Part of its rapid growth and success can be attributed to the industry’s willingness to evolve and contort itself to appeal to the ever-changing whims of today’s curious consumer. While hard seltzers and fruit-puree sours might be nothing more than a passing trend, one recent market shift seems to be here for the long haul: craft beer in cans. The benefits of cans are clear: they’re more transportable, better for the environment, and boast longer shelf life than their glass counterparts. A huge signal that the can trend is more of a foundational than fleeting trend in the U.S. is that century’s old European brewers are also augmenting their typically rigid perceptions of packaging to appeal to the American market.

European brewers and brewing stalwarts, including Belgium’s Rodenbach and Germany’s Paulaner and Radeberger Gruppe, have recently made an interesting shift to their marketing strategy in the U.S. by offering several of their European classics in cans for the first time. It’s a big move for the European brewers and interestingly goes against the glass bottle-drinking culture of their European homebases. It also shows that these historic operations are ready and willing to compete against the nimble, craft beer upstarts of the U.S. on supermarket shelves and bottle shops.

Based in Roeselare, Belgium, Rodenbach has been producing its iconic Rodenbach Classic Flemish sour ale for nearly two centuries, making them the first producer of marketplace sour beer. Up until this summer, Rodenbach Classic had only been available in glass. That all changed in July when the brewer announced that Classic would be available in 4-packs of 16.9oz cans in the U.S. The debut of Classic in cans follows the release of their Fruitage Flanders Red in slim 8.5oz cans back in 2017.

According to David van Wees, president of SFB Imports (importer of Rodenbach), the focus to can their sour beer comes at a time when market demand for sour beer is at an all-time high, making the dramatic packaging shift an easy decision. “This change in packaging for a revered brewery such as ours aims to reach a whole new generation of beer drinkers and familiarize them with one of the world’s greatest breweries,” said van Wees.

To stand out on-shelves and compete against the flashy packaging of local and national breweries in the U.S., the modern Rodenbach Classic cans include clear imagery of their historic foeders, clearly indicating what kind of sour beer consumers could expect inside. Germany’s Paulaner went through a similar packaging redesign during their recent launch of Original Munich Lager and Hefe-weizen in cans. The bold 16.2oz cans showcase clear imagery to their Munich heritage and stand taller than their 12oz lager counterparts.

The move to cans might not seem like a big deal to U.S. drinkers accustomed to aluminum, but it was sure to raise eyebrows among drinkers in Bavaria. Why? Germany, and Austria – as I recently learned, are overwhelmingly bottle and draft drinkers and typically avoid the canned stuff due to perceptions that it’s cheap. Steve Hauser, president and CEO of Paulaner USA, says that bottles and draft pours make up over 90% of all beer consumed in Germany but he still remains bullish on what cans can do in Bavaria – and beyond –  thanks to the younger generation’s push for more portable, environmentally-friendly options.

Citing Nielsen data, Hauser says that canned beer is the fastest growing pack type in Germany and accounted for 10.9% of Paulaner’s volume mix last year. 45% of that can consumption comes from younger German consumers. While older drinkers in Germany stay rooted to bottles, however, the same can’t be said in the U.S., where the majority of beer drinkers seem to prefer crushing cans, regardless of their age demographic.

This packaging strategy shift seems to have paid off both at-home and in the states for Paulaner. Hauser says that their U.S. operation sold through their annual forecast for both their Lager and Hefe-Weizen in just 6 weeks, spurning three additional production runs to get enough product on-shelves to last through Q4.

He attributes some of the sales success to a flipped perception on what imported quality beer looks like in the states. In the past, that meant buying German beer in bottles. Now, thanks to the proliferation of domestic craft beer cans, imported brands like Paulaner have a new opportunity.

“Domestically produced craft beers reintroduced cans to the premium American beer drinkers after decades of them believing that high quality products only came in bottles. Now it’s import specialties opportunity to capitalize on this package and capture it’s opportunity.”

And while many American beer drinkers might be keeping an extra eye out for delicious imported German lagers and Belgian sours from European brewers popping up in cans wherever they shop, canned IPAs from across the Atlantic are also in the picture. Germany-based BraufactuM’s Progusta IPA, created in 2010 and dubbed the “world’s first” German IPA, is now available in cans as of this Spring.

Before, you could only get it in bottles in Europe or on-draft in the states, but that all changed after BraufactuM did some market research and found how passionately American drinkers felt about canned beers. Now, you can get some of the best Belgian and Germany imports, in cans, wherever you want in the U.S. It’s a pretty cool sight and shows how far the craft beer market has come at home – and abroad. “It’s clear that today’s craft beer drinker no longer feels that quality beer has to come from a bottle – cans are in high demand,” said Dave Deuser, President Radeberger Gruppe USA (importer of BraufactuM). Cheers! 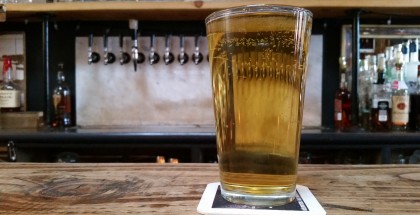 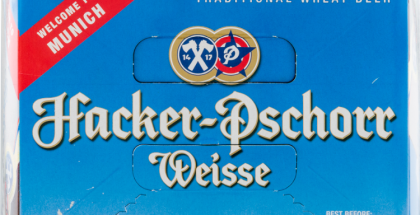 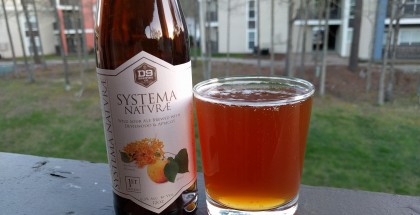