“Thirty years ago there was not a category of Christmas Ales out there,” says Conway. “It sold like it was free from the beginning because it was so unique.” 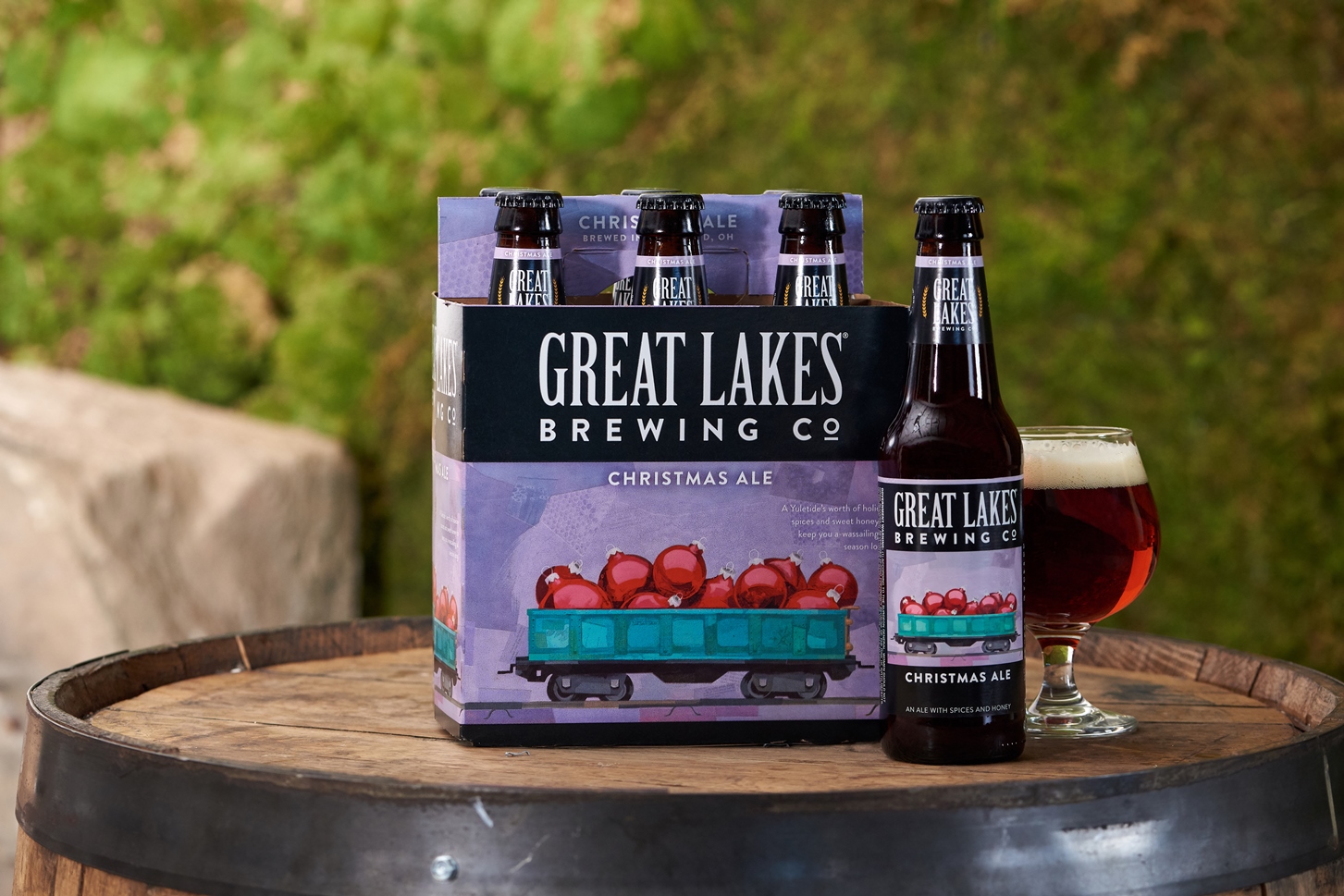 There are quite a few more spiced holiday beers on the market today than there were in 1992, but the fervor around the release of Christmas Ale is unlike that of any other beer in Ohio.

The first kegs of Christmas Ale are tapped at a “First Pour” event at the Cleveland brewpub during the last week of October every year, and the sheer volume of beer poured at the event is staggering. At 2018’s First Pour, 7,533 pints were dispensed, or about 70 kegs. That’s a pint every five seconds for 12 straight hours.

“Since it’s right around Halloween, it’s actually turned into a combination of Halloween and Christmas with people coming in costume. People show up dressed as Santa, Christmas trees, elves, reindeer. They get here at seven in the morning to wait till we open at 11 a.m.,” says Conway. “The energy is spectacular.”

That energy doesn’t stop at the release though. For many Ohioans, Christmas Ale signals the beginning of the holiday season.

“We’ve had retailers tell us that when this beer hits the floor, other products related to Christmas start flying off the shelves as well,” says Conway. “It’s like it turns on a light bulb for people that Christmas is here.” 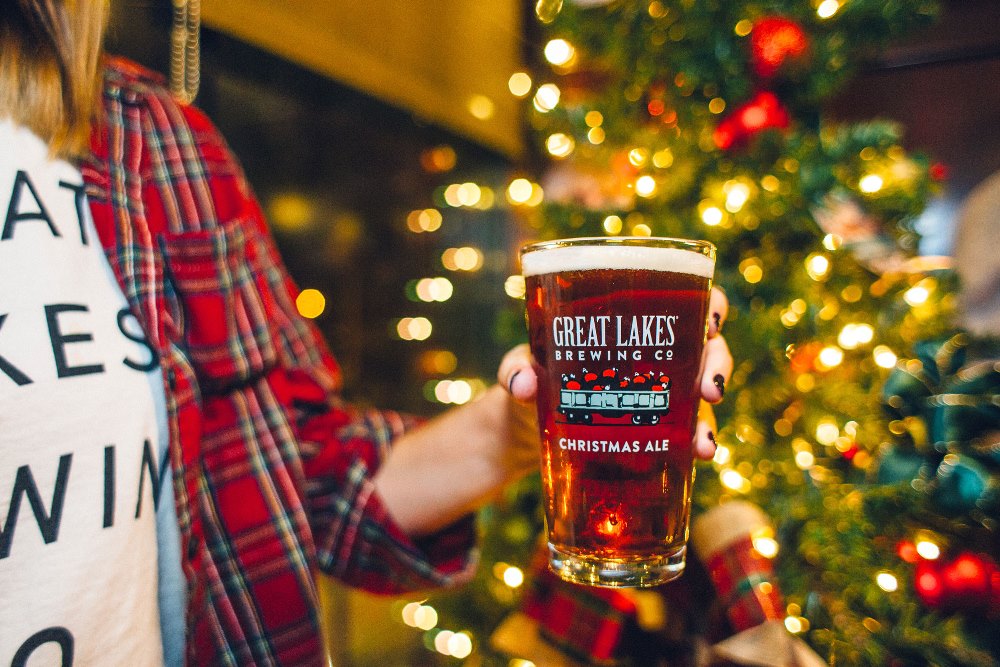 Mary MacDonald, executive director of the Ohio Craft Brewers Association, echoes that sentiment. MacDonald is from Cleveland, and the arrival of Christmas Ale marks the beginning of the holidays for her. While Christmas Ale is now distributed widely, she says it wasn’t always so easy to find.

“Acquiring Great Lakes Christmas Ale was something of a challenge at one time,” she remembers. “My parents and I were out running errands one day years ago when I saw a distributor’s truck with a Great Lakes graphic on the side pull into a convenience station. I ran in and asked if they had any Christmas Ale. The driver was delivering a case of it. I claimed two six-packs, the cashier at the shop took one, and the guy behind me in line decided he needed to be in on whatever this was and grabbed that last sixer. That case was delivered and sold in under five minutes.”

At the Great Lakes production brewery, The holiday season starts in late summer when the monumental task of brewing Christmas Ale begins. The brewery produces about 25,000 barrels of Christmas Ale every year, about a sixth of their total annual production.

To put that in perspective, if Great Lakes made nothing but Christmas Ale, they’d still be one of the five largest breweries in Ohio.

The effort needed to make that volume of a beer that will only be on the market for six weeks creates challenges for the production schedule.

“We’re the Great Lakes Brewing Company, not the Great Lakes Christmas Ale Company,” says Conway. “We have to maintain production of our other award-winning beers. It’s a challenge.” 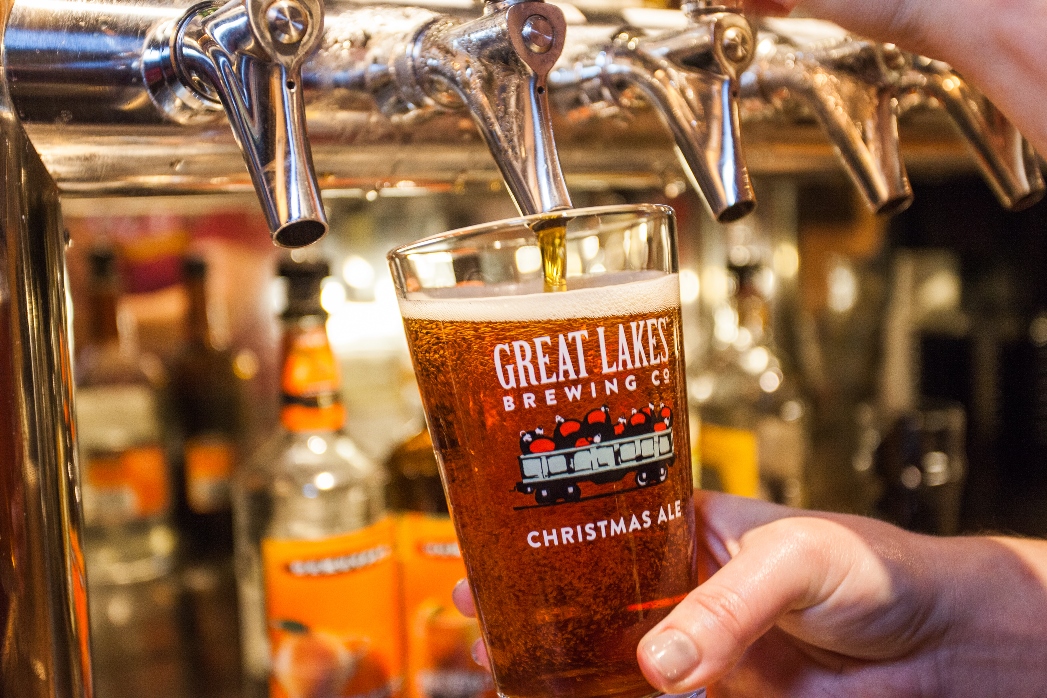 Aside from the schedule strain, the logistical challenges of brewing this much beer with specialty ingredients are daunting. Great Lakes uses almost 3.5 tons of ginger and 3.5 tons of cinnamon for this beer every year.

And then there’s the honey.

Great Lakes sources honey from Michigan for Christmas Ale, and they use a staggering 200,000 pounds—yes, you read that correctly—to brew the beer every year.

“One of our people pointed out a while ago that we could save $100,000 every year by using corn syrup instead of honey,” notes Conway. “But that’s not what we’re about.”

For Pat and his brother Dan, Christmas Ale is about preserving traditions while creating new ones, which is evident on the beer’s label.

“Dan and I worked hard on getting the right image to associate with this beer,” he says of the label’s iconic model train car. “The train with the ornaments speaks to tradition and days gone by when things were simpler.” 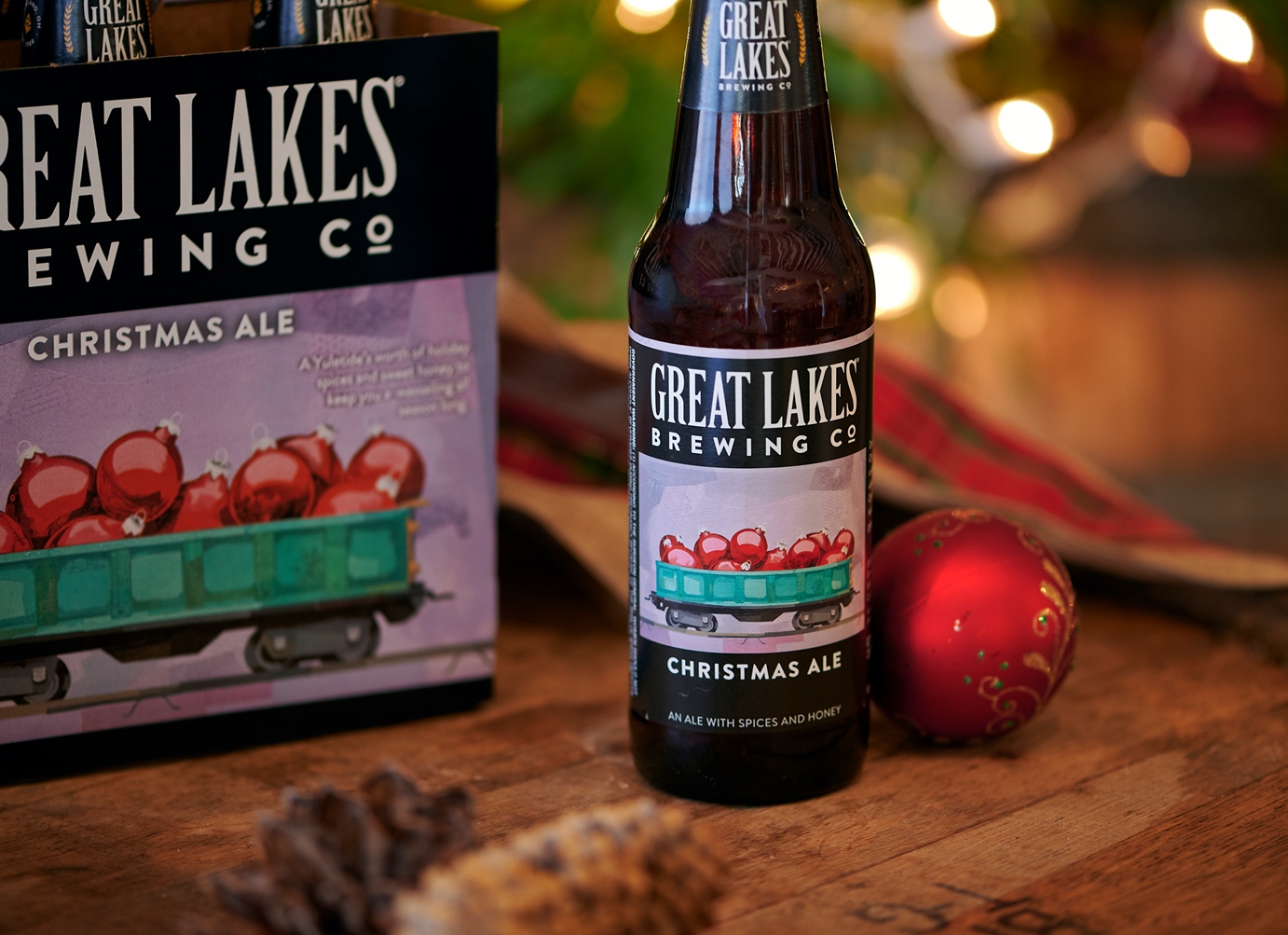 There’s nothing simple about the process of brewing Christmas Ale, or its layered and comforting flavor profile, but the hard work is worth it to Pat Conway and the folks at Great Lakes.

“When you taste it, you think of Christmas and the conviviality and warmth of the season. It just seems to marry with the energy around Christmas.” 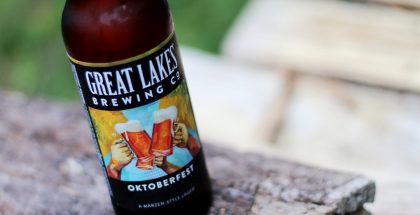