When talking about American hop production, the Pacific Northwest quickly springs to mind. However, hop farms exist in almost every corner of the country. Their size may be measured in tens, not thousands, of acres, but these growers have an outsized impact with craft brewers on the lookout for local-grown, quality ingredients.

The Big-3 states of hop growing—Washington, Oregon and Idaho—account for nearly 100% of U.S. hop production, according to statista.com. And yet, hops are grown in virtually every state, even as far south as Florida.

The Sweet Spot for Hops

The primary success factor in hop production is a seasonal climate. As a result, most hop farming occurs in a narrow latitude band from about 44 to 51 degrees in the Northern Hemisphere. This includes the Pacific Northwest and portions of Germany and England. These latitudes provide the extended summer daylight and winter freeze that hops require. A quick look at a U.S. map shows that these latitudes cover plenty of the country including states like Michigan and New York with long hop-growing histories.

Hopyards in other regions usually farm much smaller plots than large Pacific Northwest producers—even down to a quarter acre—and thus are ideally suited to work with small brewers. These farms can supply craft-sized quantities that reflect flavors of the local terroir, along with providing hops faster, fresher and more cost-effective.

Terroir refers to the growing location and includes factors like soil, temperature and water. While it may seem like a particular hop strain always imparts the same flavors to a beer, in reality, terroir can create significant variation.

Tom Malover of Hop Head Farms in Southwest Michigan finds noticeable differences even within the state. Compared to Chinook grown in the north, Malover says, “Ours is going to have more fruit. You can tell it’s Chinook but it’s different.” While still retaining many of its original characteristics, Hop Head’s terroir brings forth more juicy pineapple flavors.

Leonard Gude, founder and co-owner of Florida Hop Growers near Tampa Bay, Florida, offered up some of the science behind Florida’s terroir. He said their Cascade has a similar alpha-acid profile to hops grown elsewhere but lower beta acids. As a result, Gude says, “Our hops tend to be sweeter and have less bitterness, which kind of surprises the brewers.” Brewers appreciate the possibilities of this tool for creating fruity and less bitter beers.

Craft brewers also like the flexibility offered by smaller growers and look to local farmers to tap into the “drink-local” movement. Hop farmers often work directly with customers on which varieties to plant on new acreage. “We had lots of feedback from brewers at the start,” explains Malover, which helped Hop Head meet customer needs and ensure a market for their product.

Florida Hop Growers offers brewers flexibility with a Florida twist. Because of the unique climate they can harvest four times from July to October. This allows them to offer a product for wet-hopping four months out of the year, with the added benefit that it is much less expensive for brewers than flying in hops from other regions. Additionally, they supply a homebrew store and host a summer event for local homebrewers to pick their own hops.

Many brewers emphasize locally-sourced ingredients in their brews, as described in Max Sundermeyer’s recent post on The State of Independent Hop Farming. All the growers we spoke with felt similarly. Chris DellaBianca, co-owner of Billy Goat Hop Farm in Colorado grows several hops native to the Southwest U.S. and specific markets that value to small brewers in the region. He explains, “The brewers want to brew with a plant that’s been grown here.”

Needless to say, growing hops outside the latitudinal sweet spot requires tradeoffs. In many regions, starting a hopyard is experimental because there is little research on which varieties succeed in that climate. Universities and state agriculture departments are making inroads, but in many states, information remains scarce. Gude explains the balancing act of getting into the business, “You have to find varieties that are suitable for growing in the area and that breweries want to use in their beer.”

To help improve the odds of success, Billy Goat looks to varieties of Neomexicanis, a hop native to the Southwest U.S. Aside from capturing the local character, these natives are simply well-suited to the climate. “They’re more adapted to a slightly shorter day, a higher elevation, different soil types––really everything about the terroir,” points out DellaBianca.

Although Colorado lies south of the ideal latitude for long summer days, he believes elevation offsets that disadvantage. “We’re at 6,000 feet and the sun is stronger, the rays are more intense,” DellaBianca says. Hops love heat and sun and with over 300 sunny days per year in Colorado, Billy Goat’s hops can grow a foot a day in prime season. The dry climate also reduces the risk of diseases like mildew.

Try Until You Succeed

Florida’s climate required lots of trial and error before Gude finally found success. “We experimented with 22 varieties and most of them didn’t work out at all,” he says, adding that Cascade has done very well.

Florida’s comparatively short summer days present challenges to getting full yields. As a result, some Florida growers have added lights to their hopyards to extend daylight.

On the flip side, traditional thinking maintained that cold winter temperatures are required for success the following season. However, Gude says that may not hold true based on growers’ practical experience.

One benefit of the warmer Florida climate is that growers can maximize yields through multiple harvests. Florida Hop Growers gets four harvests per year through hand-picking, though not all produce a full yield. Other Florida growers use mechanical harvesting for two full harvests in July and February. Gude noted that due to the newness of the industry, there are still questions about which practices are sustainable long-term.

Looking to the Future

So will large scale hop farming ever blow up outside of the Pacific Northwest? Probably not, although growers will likely always find steady demand for small-scale local products. Hop Head’s Malover notes that small U.S. growers face headwinds from things like regional climate conditions and the commercialization of many hop strains. However, he also observes, “I see hop farming everywhere,” and says that Hop Head plans to continue expanding.

Both DellaBianca and Gude observed that while there was growth in both of their states paralleling the rise of craft beer, it seems to have leveled off. New producers are joining the business; however, others are exiting or switching crops. Gude says, “Growing hops is very labor-intensive and requires a lot of time and effort. It’s going to be more of a boutique industry for the craft brewers.”

In Colorado, DellaBianca has noticed a trend growing hemp, which has similar growing requirements. However, he maintains that “The market is really healthy in Colorado,” citing at least a dozen farms in the state.

The next time you’re trying out a craft brewery, don’t be shy about asking about the source of their ingredients. Aside from potentially starting up a fascinating conversation with the brewer, you might just get the opportunity to identify the flavors of their local terroir. 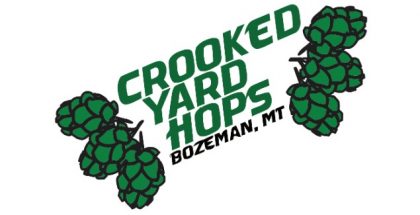 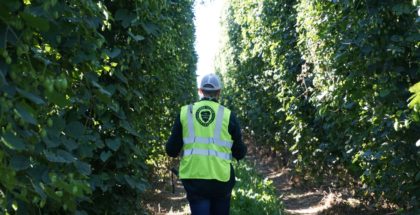 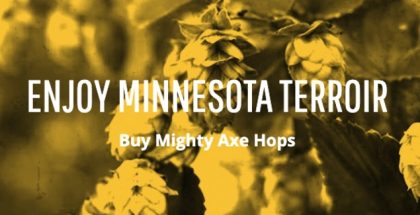 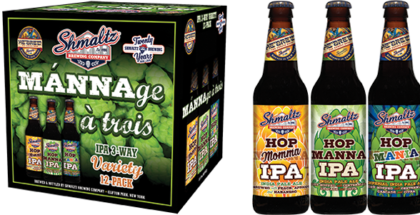