2020 is done, but the 2019 virus — COVID19 — remains. Still, we have hope. Hope for normalcy. Hope for progress. Hope for vaccines. Hope, hope, hope. And part of that hope includes a desire to not only return to breweries and drinking with buds, but get back to traveling, learning, and getting involved with philanthropy and societal betterment. The PorchDrinking Staff has provided their 2021 New Beer Resolutions — what are yours? Let us know!

Actually reaching out to some of the amazing people I’ve met at breweries or festivals to do some more meaningful stories with diverse perspectives. ~ Karl Kalinkewicz

Obviously, I hope to sit in a taproom again and not be afraid of other human beings. ~ Matt Powers

Connect with more people in the industry to learn from them, work with them, and possibly pet their dogs. ~ Jessica Spengler

Go to a brew fest… and pet a dog. ~ Nathan Jahns

Pet a dog at a brewery. ~ Emma Wargolet

One is nice, but Kindsey & Tristan need more:

Will I ever become a Cicerone? Let’s find out in 2021… again. ~ Jessica Spengler

Time to Hit the History Books

I’m a historian. I need to do more deep dives into sub-histories related to beer, such as transporting hops from New York to Milwaukee, and things of that nature. ~ Matt Powers

(Similar to Mathew) I’d like to incorporate more beer history/in-depth narratives in my writing.
~ Brandon Cohran

Get to Know Our Beer

I want to explore Belgian beers in much greater detail, notably regarding the way brewers play with grains based on the beer they choose to produce. ~ Matt Powers

Any live music + any craft beer. Seriously. Ideally that will happen with a six pack tailgating this summer at Red Rocks. But I’ll take what I can get. ~ Seth Garland

The Content Team Apparently Wants to Get to Business

Sell more PorchDrinking sponsorships! Speaking of… who wants to join us as a sponsor? ~ Tristan Chan

Who Wants to Keep Drinking the Classics?

Drink allllllll the porters. My gateway style, and still one I seek out. They can be hard to find!
~ Meghan Howes

Destroy all Hazy IPAs not labeled as such in an effort to protect West Coast, American IPAs.
~ Jason Ley

Some Want to Expand Their Horizons

When up in Wisconsin, pick up Wisconsin beer that isn’t just New Glarus. ~ Emma Wargolet

Drink more styles of beer of which I’ve traditionally not been a fan. ~ Jessica Spengler

Give myself more time to drink outside of my go-to comfort styles. ~ Jason Ley

Drink more/try to find a home with sours (still not a go-to style for me). ~ Brandon Cohran

What is Scott Cooking?

Here’s to a Brewtiful New Year

Brew my own beer at the brewery I work at. ~ Kindsey Bernhard

Brew a collab with a local brewery. ~ Justin Pennel

Get back to homebrewing. ~ Robert French

Travel to Michigan to finally visit my favorite brewery, Bells, with my dog Oberon 🙂
~ Kindsey Bernhard

Visit every brewery in Kentucky (thankfully we are still under 100). ~ Kindsey Bernhard

Visit all the new breweries that opened in the Sacramento area during 2020. ~ Robert French

Dust Off Those Passports

Lead an educational trip to Belgium to explore and learn about Trappist beer. ~ Brian Hennighausen

Hopefully attend at least one international beer festival to celebrate how successful the vaccinations have been. ~ Karl Kalinkewicz

Enjoy a couple nice spicy pepper beers on a patio – any public patio – on a warm summer night. ~Seth Garland

Land an internship for my Craft Brewing program at Regis. ~ Caitlin Braun

Buy more to-go beer to support breweries. One of the few plusses of COVID is that almost every brewery now has cans or crowlers to-go.~ Nathan Jahns

Get out and support new breweries on a weekly basis. This year we discovered so many hidden gems from around the state and we’d love to keep uncovering more that have flown under the radar. ~ Tristan Chan

…Especially If They Help The Community

Increase, exponentially, my support of breweries that are genuinely community-focused and show, with tangible action, their commitment to bettering the lives of all people. ~ Meghan Howes

And Finally, The Best Goal Of All 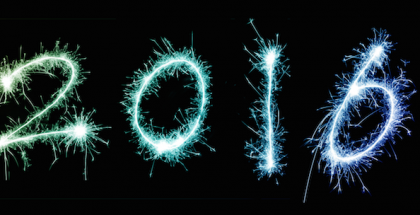