As things begin re-opening across Colorado, the craft beer scene is showing signs of new life. To help sort through all of the recent craft beer news that has emerged in the Centennial State, we’ve rounded up some of the major headlines from the last couple of days. 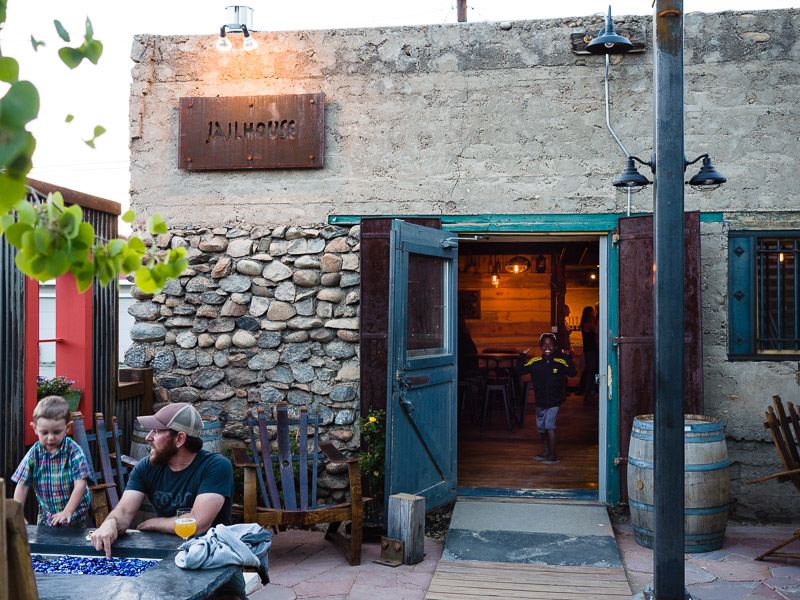 After closing its doors for an entire year out of caution for the on-going pandemic, Buena Vista’s The Jailhouse Craft Beer Bar will finally re-open next Wednesday, March 31. The iconic beer bar will open Wednesday-Saturday from 4-10pm at 50% capacity in accordance with Chaffee County’s Level Blue status.

“We are so excited to finally reopen The Jailhouse! It has been a long year filled with uncertainty and unknowns on if we would ever be able to open our doors,” says Jailhouse co-founder Sarah Stewart. “The Jailhouse is a gathering place, a space for our community to come together. And a very small space. The previous capacity restrictions made it very difficult for us to justify operating.”

While the re-opening is major news in its own right, The Jailhouse also announced that the re-opening will only be temporary as it plans to close down permanently on May 10 with plans to move just off of Main Street at 113 N. Railroad Street to a building with a much larger footprint.

“The new space on Railroad will still be craft beer-focused, but with more taps, more wine, and with the addition of spirits and cocktails,” says Jailhouse co-founder Shane Stewart. “We can’t wait to share this new place with our friends and community!”

After six years of operation Call to Arms Brewing will soon become more readily available in liquor stores. Today, the Denver-based brewery announced that they have with Two Six Craft Distributors to carry their beer throughout the Front Range.

CTA also has plans to introduce seasonal offerings throughout the year including More Like Bore-O-Phyll (Fresh Hop IPA), which won a World Beer Cup Gold medal, and Seshtoberfest (Session Oktoberfest).

Two Six Craft Distributors was launched in November 2019 as an extension of Station 26 Brewing and now carries New Image Brewing, Oh-Hi CBD Seltzers, and Wiley Roots Brewing, in addition to Call to Arms.

First reported by PorchDrinking in July 2019, Odell Brewing’s Sloan’s Lake location is finally ready to open to the public. Located at 1625 Perry Street, in the historic Kuhlman Building that formerly housed part of St. Anthony’s Hospital, Odell’s Sloan’s Lake outpost will be home to a 10 barrel R&D system, which will be used to brew beer exclusive to that taproom.

The new taproom will also be home to two bars comprised of 16 draft lines, a rooftop patio overlooking Sloan’s Lake, as well as a scratch pizza kitchen. The new Sloan’s Lake outpost will open on Monday, April 5th, joining Odell’s other Denver location in the River North Art District.

Denver’s Zuni Street Brewing announced via social media this weekend that it will be opening up a second location in Crested Butte where owner Willy Truettner spent most of his childhood.

As first reported by Jonathan Shikes of The Westword, the two-story 8000 square foot facility will be significantly larger in footprint, housing a 20 barrel brew system, two bars, barrel room, and a kitchen.

Dubbed, Zuni West Brewery & Taproom, the second location will also include the addition of a dedicated canning line which will allow Zuni Street to expand into canning and distribution. 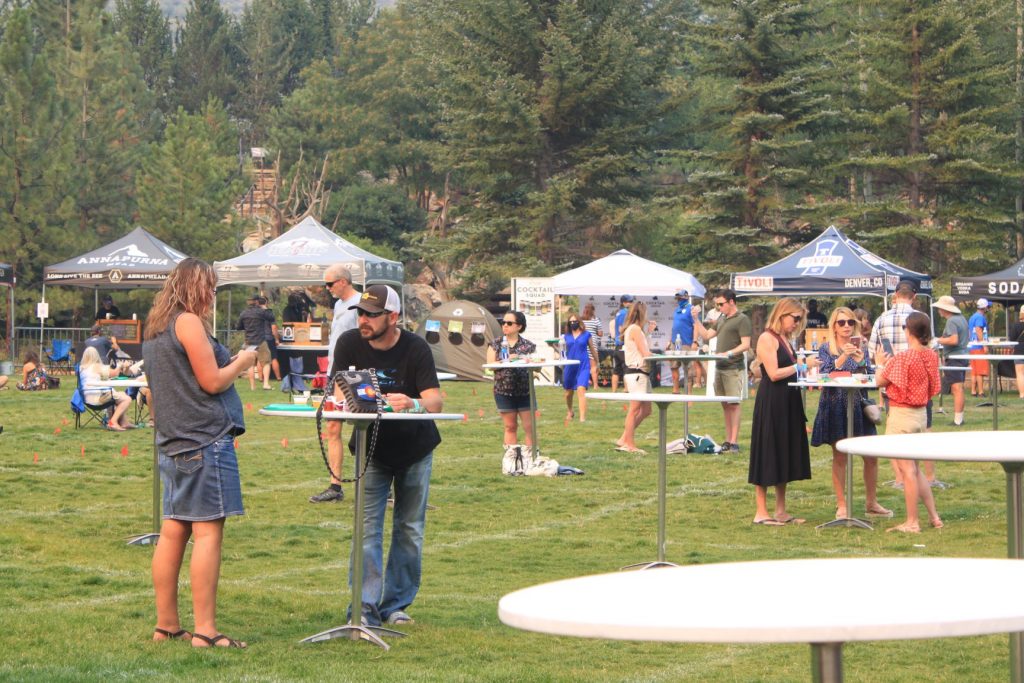 While most beer festivals had to take a year off in 2020, the Vail Craft Beer Classic found a way to successfully move forward taking extra precautions by limiting attendance and implementing intense safety protocols. Now as the pandemic continues to wage on, Team Player Productions, the production company behind the Vail Craft Beer Classic has announced that it will move forward with an in-person festival.

The event will once again take place outside to ensure open airflow, all attendees and vendors will receive temperature checks before entering the festival grounds, and masks will likely be required. Additionally, all booths will be spaced six feet apart with line markers leading to the booth spaced six feet apart as well.

Tickets are currently on sale for $49 per session or $89 for an all-day pass. 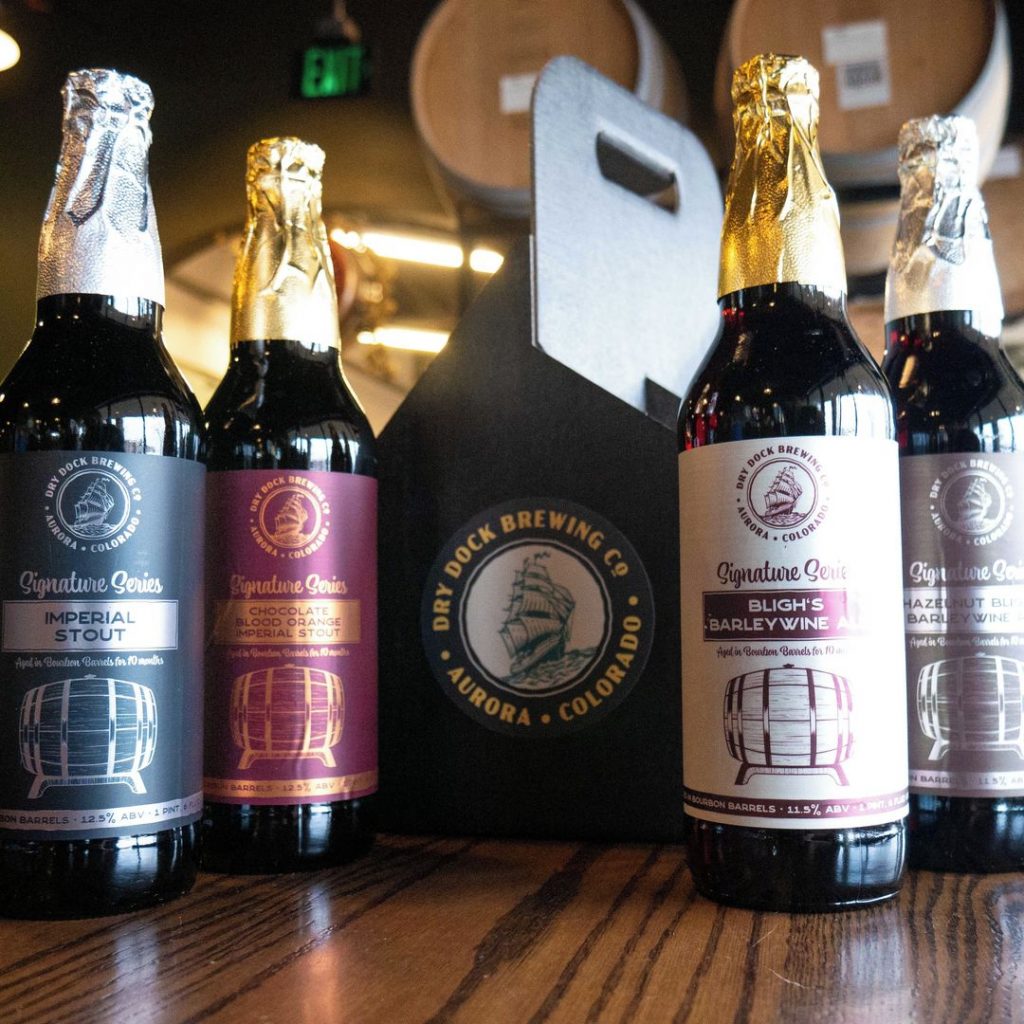 Dry Dock Brewing is releasing a pair of four-packs of their Signature Series bottles to commemorate the anniversary of the 202 Denver Prohibition. Lasting only 3 hours, the city of Denver temporarily announced that breweries and liquor stores would be deemed non-essential during their initial round of business closures that came with the pandemic in March 2020. That designation was quickly reversed.

For this 4-pack, Dry Dock dug deep into the archives and dusted off cellar-aged bombers of its most prized Signature Series Barrel-Aged Bligh’s Barleywine. This unique vintage foursome includes 22-oz bottles of the 2017, 2018, 2019 and 2020 versions of the award-winning Bligh’s. (The 2017 was a World Beer Cup bronze medalist.)

Pre-orders for these foursomes can be placed for pick up at the South Dock location starting on March 23.

Brewed on March 8th to commemorate International Women’s Day, Pink Cyclone is part of a nation-wide movement to brew collaborative beers to raise awareness for women in the beer industry across the country. Both breweries, as well as Wild Provisions Beer Project in Boulder, will release this collaborative beer on March 26 with $1 from every beer sold going to support the Pink Boots Society’s Boulder chapter.