Seedstock Brewery Imperial Saison introduces a shot of Belgium into what has traditionally been an eastern-European-focused taplist. Under its original owners, the Denver brewery was a bastion of German and Czech-style beers. However when the McIlvenna family took ownership in late 2021 they began to put their own mark on Seedstock.

The McIlvennas have kept taproom favorites while also experimenting with new styles. The Imperial Saison is a prime example of these changes. Says co-owner Adam McIlvenna, “It’s my play on Tropic King (from Funkwerks) and Tank 7 (from Boulevard).”

This small-batch beer has a hazy, light-orange appearance with modest head. It’s aroma leans heavily on spicy and fruity yeast esters with a hint of sweetness. The initial sip delivers a full body with noticeable sweetness and more yeast esters. It dries out toward the end with slight grassy and straw flavors but never becomes fully dry.

McIlvenna offers some background on the brew, “It didn’t dry out completely so it has a touch of residual sweetness but you still get the nice phenolics from that yeast.” Regarding the 9.7% ABV, he adds, “I ended up missing my mark a bit on the high side. I was shooting for about 8% and almost 10% is what I got. It doesn’t taste like 10.”

Though a little heavy for a traditional summer beer, Seedstock Brewery’s Imperial Saison is still a refreshing hot-weather choice. It’s probably advisable to alternate with a couple of the brewery’s moderate-ABV beers like a Lager or Pilsner, though. The Saison’s high ABV is barely perceptible when knocking back one of these brews on Seedstock’s patio. 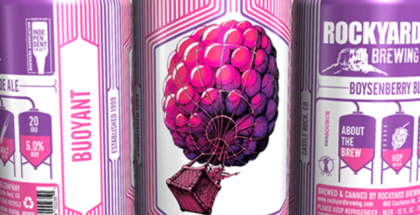