Ohio craft beer is booming, with over 400 craft breweries pumping out enough great beer to rank the state fifth in the country in craft beer production. The Great American Beer Festival is the perfect opportunity to taste some of the best beers from the Buckeye State. Here’s our guide to the Ohio breweries at GABF and the beers you don’t want to miss.

The most award-winning brewery in the state simply doesn’t brew a bad beer, and they’re bringing multiple GABF medal-winners with them. Their legendary Hop Juju Double IPA has medaled three times at the big show and packs a wallop of hop flavor from Simcoe, Citra, Ekuanot and Mosaic hops. Bone Head Red IPA is heavier at 9.4% ABV, but it goes down smooth and is a two-time gold medalist. If you want to steer away from hoppy offerings, check out Goggle Fogger, a perfectly to-style Hefeweizen that won gold in 2020 and at the World Beer Cup earlier this year.

If you want to taste a perfect Milk Stout, look no further. Brewmaster Kelly Montgomery’s Higher Purpose Milk Stout is the reigning gold medal-winner in the category, and he won the three Golds before it too with his last brewery, Brink Brewing. The man knows Milk Stouts, and he brews pretty much every other style well too. Kelly’s Private Stash Barrel Aged Barley Wine is quietly one of the best barrel-aged beers you’ll find on the festival floor, and Untapped Potential is the reigning style champion at the Ohio Craft Brewers Cup.

This brewery from small-town Wooster might claim to be Just Another _______ Brewery (seriously, that’s what the name means), but their track record says they’re anything but. Check out their Hefeweizen, which won gold in 2021 (seriously, what is it with northeast Ohio and great Hefeweizens?), or JAF IPA, which has medaled twice, most recently a silver in American-Style IPA in 2021.

This destination taproom in Mason has already made a name for itself in just four years, and with their brewing pedigree, it’s no surprise—co-founder and COO Chase Legler cut his brewing teeth at Wisconsin’s revered New Glarus brewing. Check out their Kato, a 4.8% Kölsch brewed with Ethiopian coffee that perfectly exemplifies Ohio’s favorite esoteric style: pale, light-bodied coffee beers. Also, their Oktoberfest is quietly one of the best in the state.

It’s too bad this brewery can’t bring their entire property on the shore of Lake Erie with them, because it’s one of the most beautiful brewery locations you’ll ever see. Don’t be too disappointed though because their beers are just as lovely. Their Apricatawba Blonde ale brewed with their own estate-grown apricots is an unexpected treat, as is their Strawberry Gose-Rita aged in Mezcal barrels. If nostalgic comforts are more your speed, Legitimate Swells is a wonderful Midwest-style IPA, and Ship Burner is a very good American Porter.

Other Ohio Beers to Try

You can get your hop fix with DankHouse DDH Couch Kush’n Hazy DIPA, or check out Ohio High Hazy Pale Ale from Ohio newcomers Forbidden Root Columbus, brewed with all-Ohio malt and hops.

If you want to try something roasty and hearty, The Brew Kettle Kitka Milk Stout brewed with chocolate and coconut is a silky smooth treat. Perk up with Immigrant Son Brewery Even in the Morning Coffee Porter made with Brazilian coffee or Narrow Path Brewing Brews Traveler, a Vietnamese Coffee Stout.

If you want to indulge in some seasonal treats, try Brink Brewing Father G’s Bees, a Brown Ale with brewed with monastery honey that won gold in the honey beer category at last year’s GABF. You can also check out Great Lakes Christmas Ale, one of the most revered spiced Christmas beers in the country, and Wolf’s Ridge Slice, a subdued and cozy Pumpkin Beer

Need a break from the heavier stuff? Check out Immigrant Son Brewery Common Ale, the rare Mild Ale on the festival floor, or The Brew Kettle Headland Pils, a Pilsner with all-Ohio ingredients.

And, of course, Boston Beer’s production facility in Cincinnati will be on-hand, and they’re pouring Utopias. Enough Said. 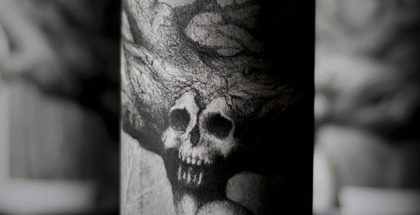 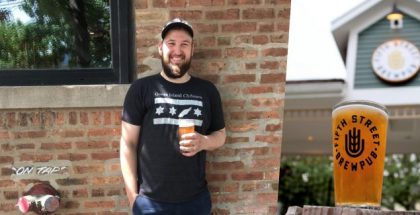 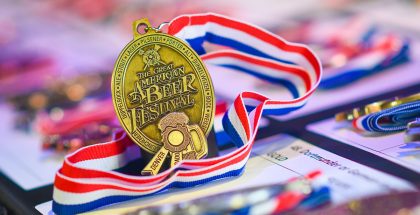