The 40th anniversary of the Great American Beer Festival marks the first time the event has been held in person and open to the public since 2019. To say that brewers and craft beer fans are excited is an extreme understatement. While participation and attendance were limited this year due to renovations to the Colorado Convention Center, the exhibitor floor was still packed with over 200 suppliers and drew over 10,000 fans to the event.

GABF is mostly about the consumer, allowing beer lovers from all over the world to experience the innovation of American craft brewers, but it’s also about competition – submitting beers for a panel of judges certified in the Beer Judge Certification Program to rank and award medals on the last day of the festival. Building brand awareness is a vital part of a craft brewery’s success and medals are like jet fuel for marketing campaigns, but with participation costs hovering in the five-figure range, what kind of return on investment can breweries expect from Great American Beer Festival? PorchDrinking spoke to various breweries throughout the week of the festival to find out what the pros and cons are of participating in this legendary event.

If a craft brewery wants to showcase its products at a normal booth during GABF, the cost is a flat fee of a few hundred dollars. But once you begin looking at sponsored booths that can provide a brewery with both a larger presence and leave a greater impression on attendees, it becomes a bit more expensive. For those that want to upgrade to a larger footprint through a sponsored booth option, costs range from $4,500 all the way up to $15,000. And this doesn’t include the costs of shipping their beer and equipment to the event, travel expenses for their teams, time missed from work, child care (if needed), meals and transportation, and branded swag or decorations for their booths. When you add all of that up, things get pretty pricey. For some smaller breweries, that financial barrier of entry has impacted their decision to forego participating in the world’s largest beer festival.  And with inflation at an all-time high and consumer confidence at a low, owners are really feeling the pinch of a looming recession spilling over into the craft beer space, which limits their marketing dollars.

Since beer is sampled at GABF and not sold, there’s no definitive way to measure the financial ROI of a booth at the festival, but the consensus amongst breweries of all sizes that presented on the exhibitor floor is that the return on investment comes from increasing brand awareness and receiving direct feedback from craft beer consumers about their newest product offerings. Everyone that PD interviewed agreed that the Great American Beer Festival is by far the biggest stage on which to present new and innovative product offerings and receive tasting notes from craft beer consumers. Brewery representatives also agreed that if a medal was won during GABF that the marketing opportunities are worth the cost of participating, but entering the medal race is also another incremental expense at $160 per entry if you’re a Brewers Association member and $365 per entry for non-members.

The 2022 Great American Beer Festival attracted both small and large breweries from across the United States, but the experience is different for breweries of varying sizes. “We’re just trying to get our name out there and also connect with other breweries as well,” said Katrina Rondeau, marketing director for Penny Pinchers Brewing out of Millbury, MA. “Yes, we want a customer base, but it’s also about finding other breweries that we can network with or even partner with… today being just a brewery is not enough anymore… how do you stand out? How do we continue to create that differentiation that allows us to stand out from everyone else? Being here is about the experience. We’re here with the big dogs.”

“For us, we are so small, a lot of the time these festivals are just word of mouth for us. We don’t have a big budget to put out commercials or pay for ads, so this is our marketing. People learn about us, they find us, they tell their friends,” said Jason Rondeau, head brewer and co-owner of Penny Pinchers Brewing. This is the first time that this nanobrewery has participated in GABF with a booth, and plans to build the festival into its marketing budget for the foreseeable future.

From the perspective of a sponsored booth participant, local Colorado brewery Los Dos Potrillos Cerveceria from Parker thinks that going big for their first GABF since their rebrand is worth it financially. Not only did Los Dos bring ten beers on tap for their stand-alone booth, but also brought their food truck, which is an integral part of their business model. “For us right now, we’re really focused on growing our restaurants. We have four locations, with two more opening in the next 10 months,” says Chris Gilmore, head brewer for Los Dos Partillos Cerveceria. “We’re looking to stand out a bit, differentiate ourselves, and then promote exposure. So many people come to our restaurants to eat, but they don’t know we make our own beer. Ultimately we would love to have a standalone brewery and taproom, but for now, we’re piggy-backing on the food and then hoping we can start carrying our (beer) weight a little bit more.”

It’s no secret that the beer world has changed since March 2020. Whether it’s consumer purchasing habits, the number of craft breweries in operation, or in-person events, the landscape will probably never revert back to historical conditions, but how does the community feel about it? Opinions seemed to differ amongst industry insiders versus consumers. Most festival-goers that we spoke to said that the brewery list for GABF was noticeably smaller, but the attendance was the same, so lines for beer were substantially longer than in years past, and there seemed to be a noticeable lack of events around town featuring breweries outside of local Colorado brands, and discontent with the lack of brewery representatives that were pouring beer and available to chat with at their booths on the exhibitor floor. There was also a prominent show of disappointment and sadness for the gaping hole that the closing of Falling Rock Taphouse has left in the craft beer community – a gap that other venues around the Denver metro area, such as Bierstadt Lagerhaus, MobCraft Dee Tacko and Hops and Pie, are trying to fill.

From the brewery side, some brands felt that GABF just wasn’t in the financial cards this year. With sales declining in 2022 over last year, inflation affecting the cost of goods and reducing consumer spending, and travel costs at a premium, many breweries are being more selective about the number and type of festivals in which they choose to participate. Hannah Perkins from Holidaily Brewing Company in Golden, CO said, “The biggest thing that I have recognized that’s changed is that (breweries) are more specific about the ones that they decide to participate in, time is more valuable and so are resources, like funding for festivals. So we’re really looking at who is the target audience and what is the brewery getting out of it.” Holidaily Brewing Company poured beer at a non-sponsored booth at GABF and walked away with a silver medal in the Gluten-Free beer category for their Buckwit Belgian.

Noticeably missing from the Denver Convention Center this year was the likes of Stone Brewing, Bell’s, New Belgium, Canarchy and their collective brands, Rheingeist, Sweetwater, and Creature Comforts, yet some of those absences might be due to mergers and acquisitions that forced them out of the BA “craft” definition. Interestingly enough, smaller regional brands like Estuary Brewing Company from Charleston, South Carolina, and La Cumbre Brewing Company from Albuquerque, New Mexico showed up as sponsored end caps, flexing with the likes of Dogfish Head, Brooklyn Brewery and Firestone Walker.

Jordan Harris from Sanitas Brewing Company out of Boulder, CO said, “We’re trying to find niche (events) around Sanitas. We’re big into community building and we distribute just around our bubble, which is the taproom, so we’re not looking for every giant beer festival to be a part of… more things we can do in our community where our beer is sold. As we grow and expand, we will continue to grow into the bigger festivals, but we really want to own our neighborhood first.” M. Collin Zreet from Funky Picnic Brewery in Fort Worth, Texas, which did not participate in GABF this year, said, “As a small brewery and brewpub, it isn’t worth the money to send beer, people, and marketing materials to get national exposure when we mostly keep to DFW.”

The in-person return to GABF in 2022 looked and felt different than in years past, but the whole craft beer industry is different overall, so it really just mirrors the current state of the market. Many craft breweries have decided that participation in the “big show” might not be the end all be all for their brands, yet multiple small players have stepped up their game in order to gain more brand awareness by opting into big presence at national events. On the consumer side, fans still want the stories, the romance, and the intimacy that craft beer has provided in years past and there’s no lack of want for innovation. Seems like the craft beer landscape continues to evolve and owners have honed in their marketing plans to reflect their brand-specific business goals. Amongst all the uncertainty over the past few years, one thing is certain, 2019 was most likely the end of the “golden years” of craft beer, but the future holds a rebirth of sorts that should be just as interesting and exciting as ever, so grab your popcorn. 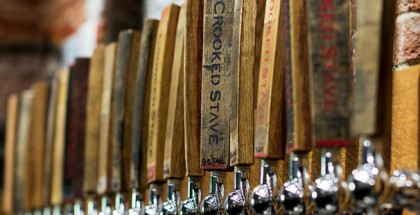 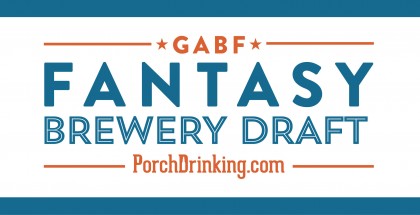