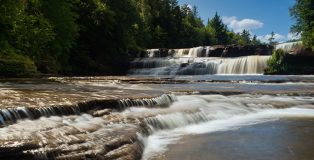 END_OF_DOCUMENT_TOKEN_TO_BE_REPLACED

Spring is starting to creep back into our lives, blessing West Michigan with warm weather, green grass and lighter beers. However, it’s still just cold enough to warm up with a stout, and Saugatuck Brewing Company’s Bourbon Barrel Aged Dramanatrixxx is good enough to leave you wishing for one more snow day.

END_OF_DOCUMENT_TOKEN_TO_BE_REPLACED 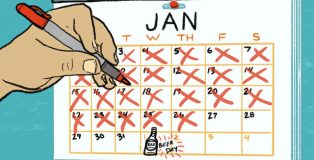 For January, my husband and I decided to take part in Dry January, a month of staying away from all alcohol. For many, this month is meant to kick start better habits and possibly pinpoint problems with drinking, but we are doing it to see what sort of impact it might have on our weight (and possibly our pocketbook). I have certainly appreciated the lack of accidental hangovers as well. END_OF_DOCUMENT_TOKEN_TO_BE_REPLACED 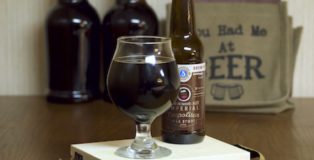 Living in Michigan as a beer lover is pretty much the best. You can’t throw a beer bottle without hitting a brewery, particularly in West Michigan. Because of this, our standards are quite high, and we do not suffer bad beer to live. In the same note, to stand out, breweries must be more than above average at something. Saugatuck Brewing Company is one such brewery, and what they excel at is making layered, complex and all around tasty beers. One of their mainstays is Neapolitan Milk Stout, a beer I particularly like, and have said so on this website. Because of my nice profile, Saugatuck contacted PorchDrinking.com and asked if we’d like to profile the barrel aged version of Neapolitan, their Bourbon Barrel Aged Imperial Neapolitian MIlk Stout, to which I immediately said hell yes. END_OF_DOCUMENT_TOKEN_TO_BE_REPLACED