This week has been an absolute nightmare. I have been working ridiculous hours at my day job, and the cell service in my office isn’t even good enough to load Twitter. Luckily, Wednesday was Independence Day, so I had plenty of holiday posts to choose from. Prepare to feel very patriotic. It’s time to crack open The Weekly Buzz.
END_OF_DOCUMENT_TOKEN_TO_BE_REPLACED

I’m back from vacation and gotten back to my daily grind. After one shift at work, I’ve decided that it is already time for another holiday. Why is that first day back always so hard? I can’t even drink beer to cope because I’m trying to undo the damage that I did with a week of seafood buffets and booze. Luckily, “Beer Twitter” was actually pretty fun this week! Here’s all the shenanigans worth sharing. It’s The Weekly Buzz!
END_OF_DOCUMENT_TOKEN_TO_BE_REPLACED

END_OF_DOCUMENT_TOKEN_TO_BE_REPLACED 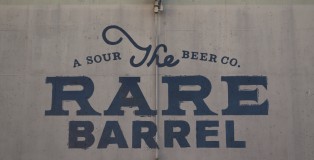 Enter, The Rare Barrel and their exclusively barrel-aged sour brewery. Other than having one of the best names in the industry (I mean, come on, “rare” is right in the title), The Rare Barrel also produces some top-quality sour beers. Ranging from barrel-aged Goses to Berliner Weisses, to everything in between, The Rare Barrel rolls the dice with each batch of this lively drink, especially one of their latest brews: Forces Unseen. END_OF_DOCUMENT_TOKEN_TO_BE_REPLACED