Knowing that I have to drive two and a half hours round trip to a jobsite and work an eight hour day, is normally not my favorite way to start the day. However on this particular day, I was travelling to the lovely town of Fort Collins. How is it that the saying goes? “When in Rome”…. I don’t quite remember the rest. What I do remember is that “When in Fort Collins, visit the New Belgium Taproom.” This Wednesday afternoon was no different. While I planned to pick up this years release of La Folie and Transatlantique Kriek for myself and a couple of friends (I’m a fantastic friend… and now accepting applications), I was graced by the presence of the New Belgium Heavenly Feijoa Tripel. 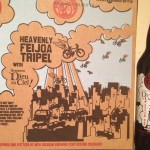 Like many things in this world, the best is created when like-minded artists get to together and collaborate. Produced with their friends from Brasserie Dieu du Ciel in Montreal, the newest edition to the Lips Of Faith series is one of my favorites to date. The beer pours with a beautiful pink head that dissipates rather quickly and leaves behind doily-like lace on the glass and makes one feel the need to drink with their pinky out. When held to the light red hues streak through my taster-size globe glass like a starburst of sun peeking through on a cloudy day. Citrusy and slightly spicy notes tease the nostrils as the beer quickly triggers a heavy salivation. The beer has a well balanced and light malty backbone that is followed up by strong fruity esters and a nice hint of tropical fruit. The beer finishes dry with an ever-so-slight hibiscus tartness. Before I knew it, the taster was gone. For what most would categorize as a strong ale by the 9% ABV rating, I consider this to be one of the most quaffable ‘big beers’ that I have ever had. Best described by my friend and coworker Mike standing next to me at the bar, “Whoa! This is totally a lawnmower beer!” And a very heavenly one at that. Seek salvation with the Dieu du Ciel and New Belgium Heavenly Feijoa Tripel. 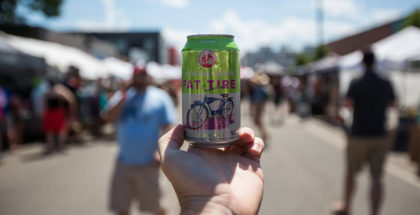 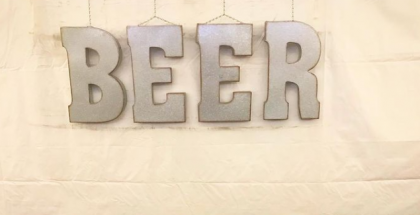