Imagine, if you will, a bicycle trip through Belgium. That bike ride served as the catalyst for a butterfly effect that helped to change the face of beer in America and encouraged a new generation of brewers and beer drinkers to prize flavorful, full-bodied and well-balanced liquid.  This surge, partially powered by New Belgium Brewing, has swept us into a new world of craft beer. Had this journey not taken place, there would be no Fat Tire. Without Fat Tire, there would not be New Belgium Brewing Company, and, without them, we may not have access to such a bountiful cornucopia of craft beer.

By the late 1970s, the beer landscape was changing. Long gone were the traditions and styles inspired by the immigrants of the past. Light Lager adjunct beers were thriving and consumers were opting for low calorie beer options. Miller Lite’s slogan “Everything you want in beer. And Less,” resonated within the marketplace—just ask John Madden.

By the end of the decade, according to the Brewers Association, the beer industry had consolidated to only 44 breweries with analysts projecting that soon that number would be condensed to five. As the beer landscape grew smaller in taste and size, a grassroots homebrewing culture started to emerge. Engineer Jeff Lebesch, former co-founder and owner of New Belgium Brewing was part of that culture.

In 1988, Lebesch opted to forego a Eurail ticket and hopped on his mountain bike to experience Belgium. On a lovely Wednesday, equipped with Michael Jackson’s Great Beer Guide, Lebesch headed to Brugs Beertjes, a beer bar in Bruges, excited to try the tasty beers that he was about to imbibe.  However, a sign carrying the weight of heavy disappointment hung on the door front reading, “Normally Open Thursday – Tuesday.” But the beer gods were on Lebesch’s side that particular Wednesday as a handwritten addition caught the avid homebrewer’s eye, announcing that the bar would be open on Wednesday because of a holiday. 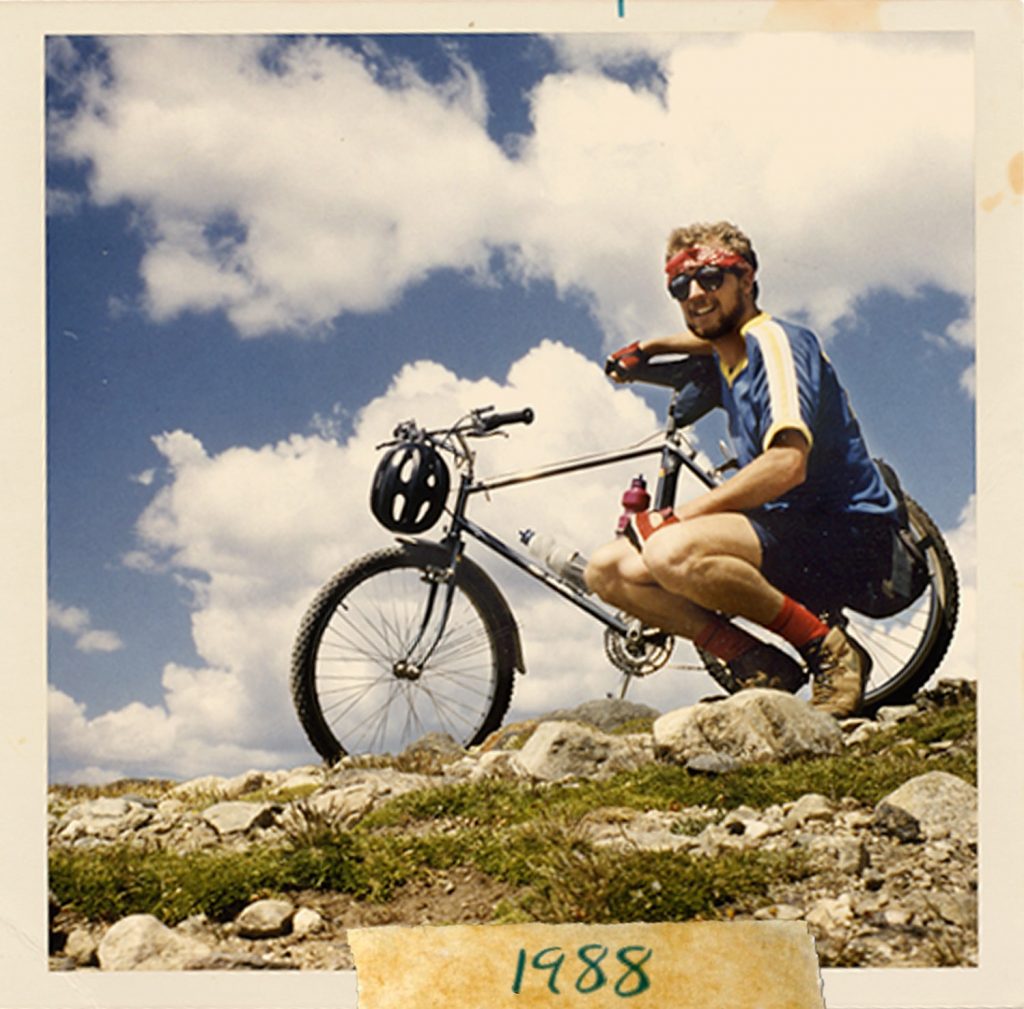 Because regular patrons and city residents assumed the bar was closed, Lebesch was the only customer.  He spent the next hour and a half with the bar owner as he pulled out beer books, spices and tasting notes. Lebesch would then go home, head full of inspirations from his invigorating time at the Brugs Beertjes, and develop two homebrew recipes.

“[What were ] Jeff’s first two basement-brewed creations, both born of an “ah-ha” moment while seated on a stool at Brugs Beertje?” asked Jesse Claeys, public relations coordinator at New Belgium. “A brown dubbel with earthy undertones named Abbey and a remarkably well-balanced amber he named Fat Tire. Funny because Abbey is our most award-winning beer, while Fat Tire is our most popular.”

These inspired brews garnered praise among friends, and, in 1991, the duo officially opened New Belgium Brewing Company. Starting off as a scrappy operation, mother of two Kim Jordan became the company’s first bottler, sales rep, marketer and eventually CEO. Jordan was also the one who sought the help of neighbor and artist Anne Fitch to create Fat Tire’s iconic original label. 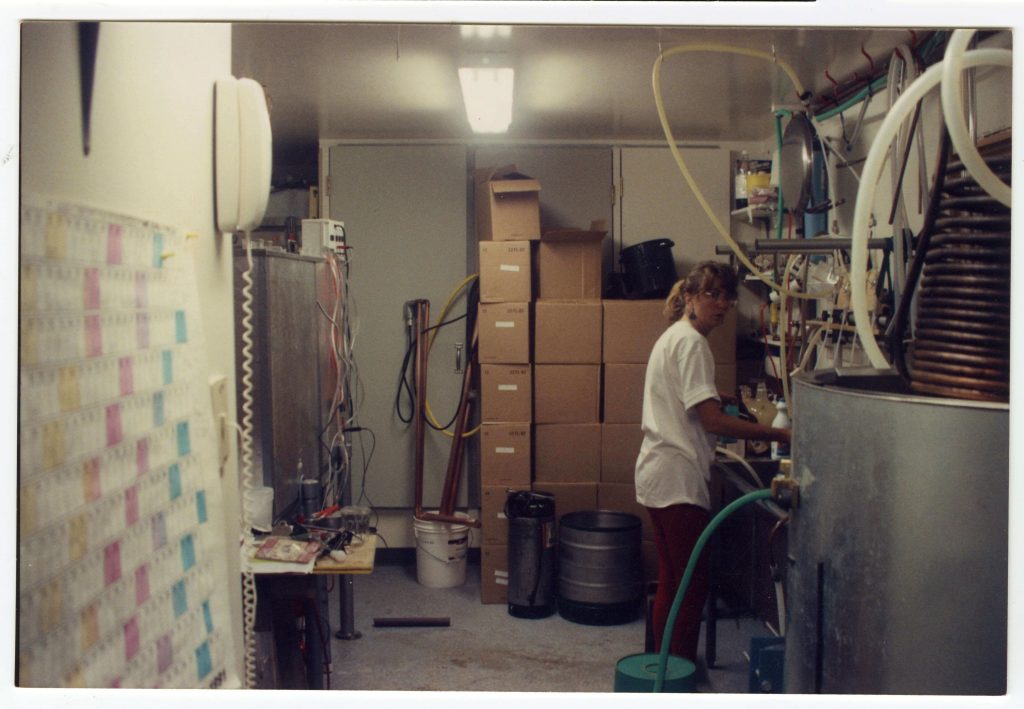 Why is Fat Tire Important to Craft Beer?

Lebesch left Belgium with the notion that beer could impart flavor and balance. According to the brewery’s website, Fat Tire’s unique flavor profile originates from the late 1930s when local Belgian brewers aimed to satisfy the tastes of British soldiers. The beer beautifully balances English floral hops, a subtle malty sweetness and spicy fruity notes from Belgian yeast.

“It was the right liquid at the right time as America woke to how wonderful the world of beer could be, paving the way for other brewers to introduce innovative brews to a now more seasoned drinker.” said Claeys. “It affirmed that we could trust our skills as brewers while putting an American stamp on styles of beer not typically found in this country, at least back then.”

For 27 years, New Belgium has a long-running joke that Fat Tire keeps its lights on. Without this iconic beer that is now available in fifty states, the brewery would not have set the bar with their sustainability initiatives, employee ownership, workplace culture and renowned wood cellar Foeder Forest.

Paying Homage to its Roots

Lebesch reveled in the deep history of beer in Belgium and the unique culture that Belgians built around beer.  This is why every year the brewery, along with Jordan and former New Belgium brewmaster Peter Bouckaert, take employee-owners who have hit five years of employment back to Belgium to retrace the magical journey that led to the founding of the brewery and its flagship beer. In essence, they go to see where the magic happened.

“You can easily see Belgium’s influence on New Belgium if you make it over there,” said Claeys. “That respect for our craft is evident in all we do, and it is obvious that is one of the lessons Jeff took home.”

We’ll leave you with this video of Lebesch describing that memorable day in Belgium as well as some highlights from a previous employer-owner trip. It’ll give you sense of why this brewery and beer is so important—and perhaps, you’ll want to crack open a Fat Tire and explore the journey yourself.