I consider this to be THE Russian Imperial Stout. The Old Rasputin Russian Imperial Stout brand image is a drawing of Rasputin, the infamous Mad Monk, with a phrase in Russian encircling it – A sincere friend is not born instantly. I beg to differ with this sentiment as I found a quick liquid ‘friend’ in this dark, dry stout from just a few gulps. I’m telling you, on these Colorado cold evenings, this brew can hypnotize you with its healing powers of warmth.  Much like Rasputin and his mysteries of healing magic, many are unsure how this ale makes you feel different after just a few pulls, but it really does evoke a sense of liquid sorcery in every sip.

Produced in the tradition of 18th Century English brewers who supplied the court of Russia’s Catherine the Great, Old Rasputin seems to develop a cult following wherever it goes. This ale pours dark black, with a rocky white head. It is a loaded, forceful brew with huge intricate flavors and a warming finish. It harkens back to a time of simplicity, a time of unknowing. This lends itself to the dry side of the RIS spectrum. While others are chocolaty and sweet, this very dry stout has an almost tart aftertaste but not sour. With the 75 IBUs, you can instantly gather more hop notes in both the aroma and taste. Alcohol is hidden nicely on this amped up dry stout. There is high carbonation and a full mouthfeel. Hiding away and crawling to the forefront after a few drinks are these amazing hints of burnt, black licorice. This would provide a great gateway to the dark-beer, Guinness-drinking crowd as they step into the craft beer market. Also, this is a beer that is great on cask or hand-pull. If you can find the nitro-Old Rasputin Russian Imperial Stout, you must try it. You will thank yourself, and me, for doing it up proper.

The Rise of the Phablet (Or, How We’re All Turning Into Kim Kardashian) 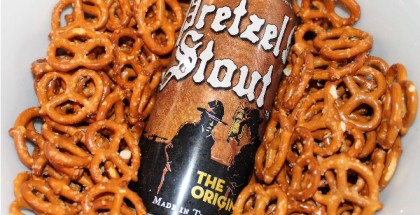