I went to Jungle Jim’s today hoping to find my beloved Jackie O’s, but alas, their cans weren’t there. I did however stumble upon a brew from right here in Cincinnati, Madtree Brewing Company’s Psychopathy India Pale Ale. I hate to admit it seeing as I write for a beer blog and all, but I had no idea Madtree even existed. You learn something new every day! I chose Psychopathy over their Gnarly Brown because I’ve been on a real hop kick lately, and it did not disappoint.

The can reads, “The subtle malt backbone combats the bitterness and intensity of floral, grassy, and citrus hop flavors. However, taste is perception. What’s your slant?” You want to know my slant? My slant is that this is one of the best IPAs I’ve had. Seriously. I don’t have one bad word to say about it. Despite being able to smell the hops from the moment you crack open the can, they aren’t overbearing. In fact, the malt and the hops marry well together creating the perfect balance. And not only does it taste great, but also the can is a work of art. They even give credit where credit is due, listing the names of the people who did the illustration, the tree mark, and the can design. I can’t say I’ve ever seen that on a beer before, and as the daughter of a designer, I think that’s pretty effing cool. 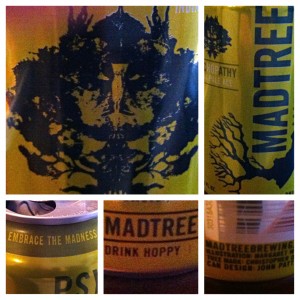 PD Playlist: What You Should Be Listening To – Summer 2013 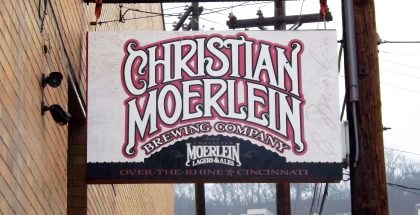