While I must admit that I am not the type to usually fall for big names that make large boasts, especially when it comes to hops and bitterness, breweries like Green Flash are the exception. Hailing from southern California in San Diego, hop heads all over recognize the great quality and diversity of IPA in their regular rotation. For today’s showcase, I hoppily introduce Palate Wrecker….and it is no misnomer.

After a dinner enjoying the likes of Weyerbacher Insanity and Dogfish Head 90 Minute, I realized I had to cool the jets a little if I was going to be up to the task of giving the dirt on this powerful Hamilton Tavern Anniversary Ale, which exacts 6 lbs of hops per barrel, on top of sparged hopped wort… I needed a definition:

Sparge: To introduce air or gas into a liquid
Wort: Fermented malt

Moving right along… the end product is like an angry ex who never wants you to enjoy anything else, namely, other beers. While this may sound like a back handed compliment, it is probably safe that you don’t go seeking out others suitors, as it carries a strong 9.5% presence in each 12 oz bottle.

Furthermore, it finishes smooth and does not completely soil the carpet… er… I mean your palate as you would expect, keeping the bitterness in check better than the Hillary Swank’s mother in Million Dollar Baby. Having a subtle aroma also goes a long way, giving the other half of your olfactory glands a break.

While not exactly the ultimate summer cooler beer (it is better suited for the colder months, not that they have many of those in Southern Cal) it is a very relaxing brew as long as you are looking for the singular taste and keeping it simple… like a six pack instead of a case.

Hunt for Sasquatch!: The Colorado Way 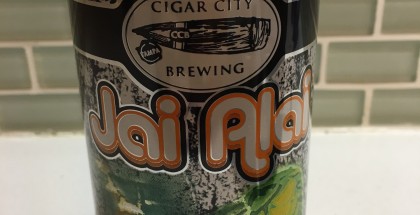 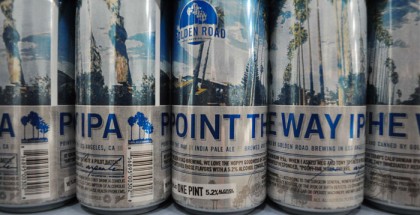