This past Saturday we celebrated our 1 year anniversary with a good old fashioned bottle share. What resulted was one of the greatest collections of beer I’ve ever been around at one time. We saw the likes of Heady Topper, Wisconsin Red, Black Note, Bourbon County, Hunahpu, Hair of the Dog Adam, Hopslam, Old Rasputin, 2007 Samael, 2011 Hibernation, oh yeah and a little guy named Dark Lord.

Even more amazing were the people we met. It still baffles me to this day that people other than my own friends read the site, and nothing was more mind boggling than those who we met this weekend. Once again a huge thank you to everyone who has supported us along the way.  It was a fantastic first year and we’re looking forward to several more to come!

The event also showcased some tremendous generosity from a lot of people. Thanks to Ball Canning for supplying mason jars for the event, also thanks to FUN Booth Denver for supplying 3 hours of free photo booth photos which made the event even more awesome, and of course thanks to all of our brewery sponsors: Copper Kettle, Avery, Asher Brewing, FATE, Elevation, Our Mutual Friend, New Belgium, Odell, Grimm Brothers, Renegade, Country Boy, Mountain Sun, Pateros Creek. And thanks to all the generous people who shared their amazing beers. 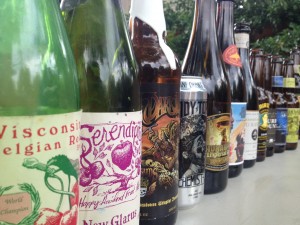 Here’s a rough list of some of the beers we had on hand at the event:

Our Mutual Friend Malt and Brew 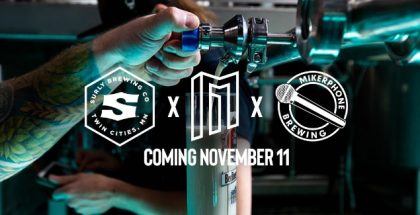