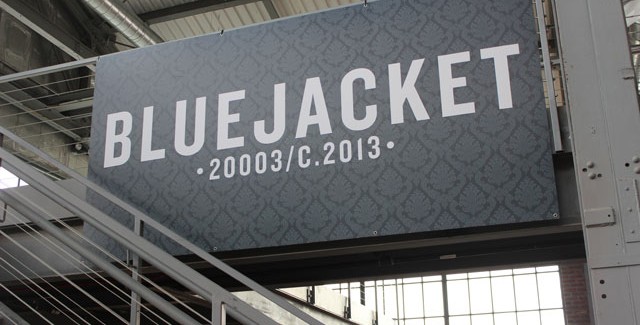 Tired of your boring, old name? Get a new one! Use this awesome graphic to find out your new-and-improved craft beer name. From now on, please call me Hoppy Ninja Stout.

The highly renowned Bon Appétit magazine recently published their list of ten ‘new breweries to watch’ around the U.S.  They included crowd favorites such as Bluejacket, FATE, and Societe. Check out the list to see if one of these beer havens is in your neck of the woods.

Bluejacket can now be enjoyed at home

Speaking of Bluejacket, we have some good news for all you Washington D.C. craft beer lovers: Bluejacket will now be selling beer to go. The brewery has made quite the splash in the beer world since opening in October, but until now, has not sold anything for home enjoyment. On May 16th, Bluejacket began selling 750 mL bottles of ten of their brews, with a limit of twelve per person. My question is, who wants to send some my way?

Who would’ve thought that the Anheuser-Busch dominated St. Louis, Missouri would ever become a rising craft beer destination? With newcomers like Perennial Artisan Ales, Urban Chestnut, and 4 Hands, it’s starting to look like there may be hope for the good old StL after all. Being from St. Louis, I know that when you’re born, instead of a bottle of milk, you get a bottle of Budweiser. Now, it’s becoming possible for babies to have finer brews in their bottles…and adults as well. The Craft Beer Cellar, a chain with most stores on the East coast, will now have a location in the Midwest. All those newbies who are not yet knowledgeable on craft beer will be helped by the Cellar’s Cicerone Certified employees. So, to all my friends in St. Louis, throw out your macrobrews and go pick up something with some real flavor.

If you’ve heard of Kyle Hollingsworth, you’re either a big hippy or you love Colorado craft beer. Now, the esteemed keyboardist from String Cheese Incident has teamed up with Keri Kelli, a hard rock guitarist, and Stone Brewing Company to create Stone Collective Distortion IPA. Kyle says in the video, “Kelli does more of a rock thing and I do more of a hippy jam band [to make] a heavy strong beer that has floral hippy notes on top.” This musical/beer collaboration sounds pretty interesting, I can’t wait to try it.

It seems like a lot of big breweries are expanding to the East Coast these days and if laws change, there may be another very soon. The ‘Stone Bill’ has been introduced with the hopes of getting rid of some outdated laws in South Carolina so that Stone Brewing Company, among others, can fulfill its dream in the Palmetto State. Currently, only small brewpubs producing equal to or less than 2,000 barrels can exist within state lines. If the bill becomes a law, this number could go up to 500,000 barrels and will allow for sales to wholesalers. Not only would this be good news for Stone, it would bring in tons of tax dollars to South Carolina. I say, pass it! 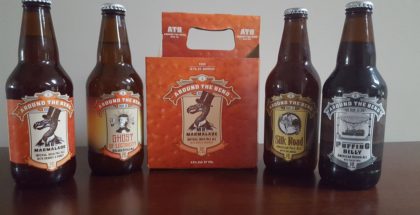 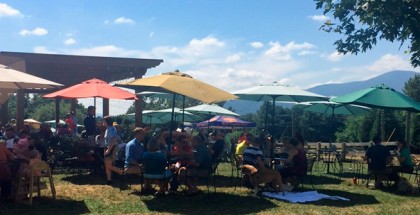