Whether it was a local pie shop dropping by to welcome the team to the neighborhood with a freshly baked blueberry treat, or a local artist who also does the artwork for nearby Celestial Seasonings bringing his art to help adorn the bare walls for the momentous occasion, the neighborhood came out in full force to show their excitement and support. Powder Keg returned the favor by previewing three of the four beers that will be available to the public this Saturday.

Seize One Saison- 4.2 ABV, 21 IBU- A refreshing classic saison that doesn’t need much complexity but still has a tremendous flavor profile brought on from the French yeast strain. This beer is perfect for the summer months and is extremely light and refreshing. Think an creamier version of River North’s White.

Original Sin Session Pale Ale- 4.5 ABV, 42 IBU- An awesome session pale that isn’t overly hoppy but does have fantastic grapefruit notes from the onset. Those tropical flavors give way to a nice hop finish that lingers just long enough.

Totes McOats Nitro Oatmeal Stout- 5.8 ABV, 21 IBU- Likely my favorite of the group, though all three were tremendous. The Oatmeal Stout has a perfect balance of roasted chocolate-y flavors with mellow creaminess brought on by the oats. Even if it were 100 degrees out I would still drink this beer by the growlers.

Last night’s samplings proved once again that Mark Krebs, Philip Joyce and the Powder Keg team are doing things the right way. While many breweries opt for large boisterous grand openings immediately, last night’s soft open and tomorrow’s public opening have been handled with nonchalant delicacy and hushed care. Why? Because in a period of so many breweries rushing to get their product out for consumption, the Powder Keg team is intent on ensuring the quality of their brews. Sure there will be a big grand opening, but that’ll happen another month from now.

So while in my previous post, I may have made the analogy liking the discover of Powder Keg to the discovery of the next Lebron, the skill level remains, but their approach is quite the antithesis. Consider it similar to that of Tim Duncan, who is calculative, old school, and yet equally capable of wowing.

So do yourself a favor this weekend, while I generally advise beer fans to wait a few months before sampling a new brewery, this won’t be one to sit on. Make the drive up to the small town of Niwot, CO and try the next, Lebron, Duncan, Jordan whatever hell amazing ball player you can think of because this is it. Powder Keg is the real deal.

To read more on the backstory of Powder Keg Brewery, check out my previous post:

The cursor on my screen has been blinking for what seems like 5 minutes now. I have started this paragraph and deleted its futile attempts at resembling some semblance of a coherent paragraph far too many times. Why the trepidation? Because I don’t want to run the risk of fumbling this writeup. To some, Powder Keg Brewing Company may appear like any other small-town neighborhood brewing operation. But if you look a little closer, you may get the same kind of jittery, spine-tingling, I-feel-like-the-first-guy-who-discovered-how-great-Lebron-James-is type excitement (no cramping here). READ MORE…. 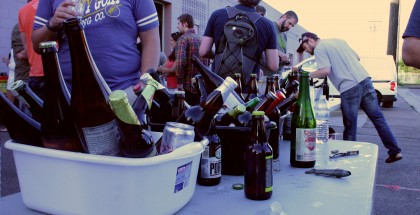 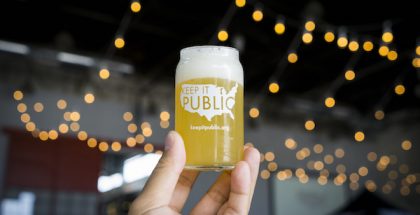 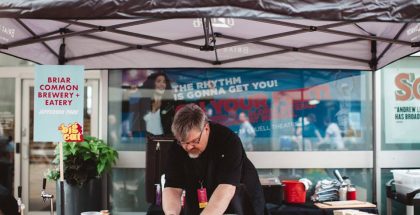