Your favorite PETA agitating edition of Mascot Madness is back for another year! For those who aren’t familiar, every year we have a little fun by picking the tournament field based on which mascot would win in a cage match. These are clearly in no way based on the actual athletic abilities or performances of the athletes or teams. We’re just going by hypothetical mascot fights. Hey! It’s better than picking by team colors right? Also be sure to check out last year’s bracket!

When various cats were matched up against each other, I generally sided with the bigger fiercer cat. One of these early match ups made me realize that Bearcats were really just Red Pandas… so the Wildcats clearly won.

For human mascots, like Cowboys and Colonels, let’s assume the human mascots, who bear arms have the edge unless they’re going up against fast animals like Panthers. And I mean at some point their six shooters will run out of ammo.

3. Natural Disasters vs. Anything

In the curious case of Red Storm and Cyclones taking on our other mascots, I went with the idea that humans can build structures to endure, while generally animals cannot. In this case the Red Storm was able to defeat the Blue Devils because I would assume that Red Storm would overwhelm a fictional demon… however Lumberjacks are able to build fortification against natural elements so the Lumberjacks advanced.

5. Large Animals vs. Fast vs. Electricity

When it came to large brutish animals vs speedy lean animals I sided with speed. However in the case of the Shockers vs the Longhorns I felt the size of the Longhorns could outlast a shocking.

Last year we discovered what a Chanticleer was… essentially group of singers (though I still maintain they should have gone with the rooster from Rockadoodledoo (autowin). This year we had another host of WTF moments. Here are some discoveries: Hoosier = someone from Indiana… seriously thats all it is… it’s like the anti trump card. Boilermaker = an engineer sort who makes boilers… seriously Indiana get your shit together. Aggies = someone who works in agriculture = lameeeeeeeeee. Crimson = a color = disqualified. Blazer = Dragon of some sort… but really who knows.

7. The Ultimate What the Eff Moment…

Ok so I’ve been wondering about what a Tar Heel really was for a while… here’s an excerpt from the official UNC athletics page:

Our nickname, which also applies to North Carolina citizens, has at least two possible origins. One story hails back to the Revolutionary War and the troops of British General Cornwallis. After fording a river in eastern North Carolina, the British troops discovered their feet covered with tar, a product of North Carolina’s abundant pine trees and one of the state’s most important exports at the time. Some say the clever North Carolinians dumped it in the river to slow down the invading army. The British were said to have observed that if you waded in North Carolina rivers, you would get tar on your heels.

Another story comes from the Civil War. A group of North Carolina soldiers scolded their comrades for leaving the battlefield when things got tough. The soldiers threatened to stick tar on the heels of the retreating soldiers to help them stay in the battle. General Robert E. Lee is said to have commented “God bless the Tar Heel boys!” Whatever the reason for the moniker, our students and sports teams have long worn it with pride.

So UNC your mascot either represents Brits who got their feet tarred up or deserts. Are you sure your academics scandal only stems back 18 years ago?

Ok there were some really bizarre/weak match ups this year including: Jayhawks vs. Aggies… since Aggies are just agriculture folk, I had to give the rare upset to the Jayhawks. Tar Heels vs Crimson- Deserters vs a color. This was such an insane matchup but since Harvard is just a color that represents their student body I have to give the Tar Heels the unbelievable advancement. Rams vs Buckeyes, and really Buckeyes vs. the field…. the Buckeye is a poisonous plant/seed so I tried to decide if an animal would actually eat it and die… the answer for the first three rounds was yes, but once they took on a human, their Cinderella story ended. Cardinals vs Anteater. Can you believe UC Irvine’s mascot is actually the anteater? Oh wait, yes I can.

Wildcats vs. Blazers- As I established earlier, I discovered that the UAB Mascot was a Blazer which loosely translates to a Dragon and who the hell beats a mo fuggin dragon?! I’ll tell you who… the UNIVERSITY OF KENTUCKY WILDCATS! This is where the game ends. Event in a mascot death match this Kentucky basketball team is so damn good that they can tame dragons. Yes I broke all the rules but I also made them. So deal with it… C-A-T-S CATS CATS CATS! Hang banner #9! LEGGO!

And on that note, here’s how the tourney shook out with our mascot thunderdome throwdown. 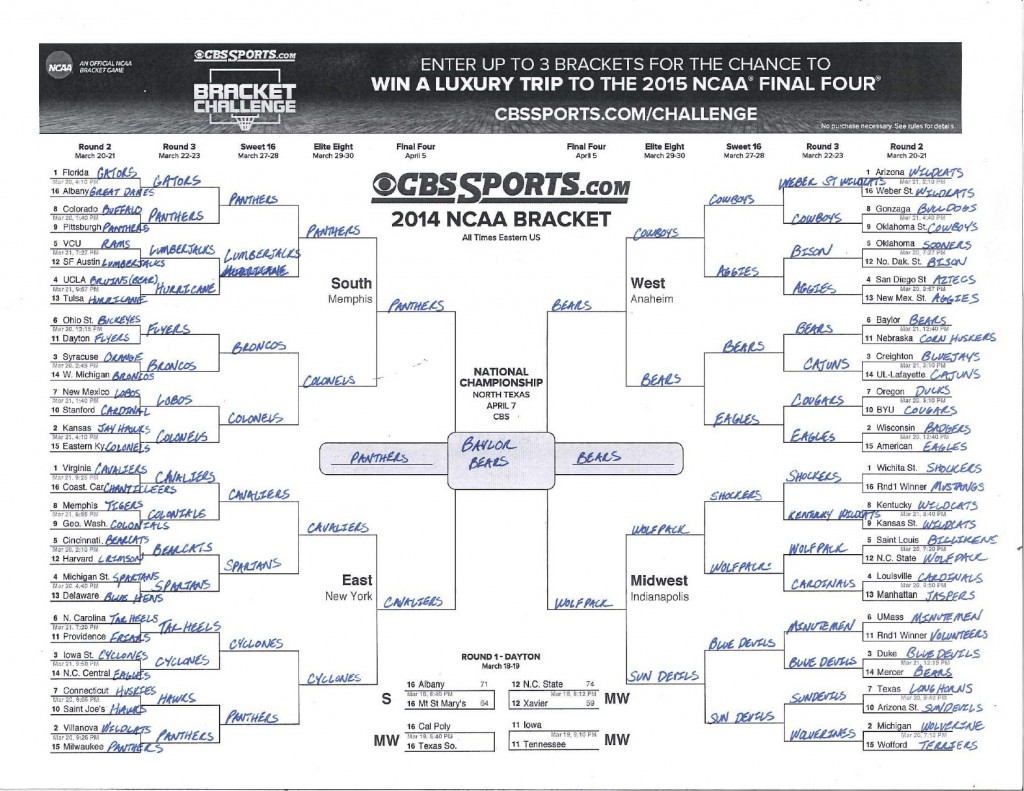 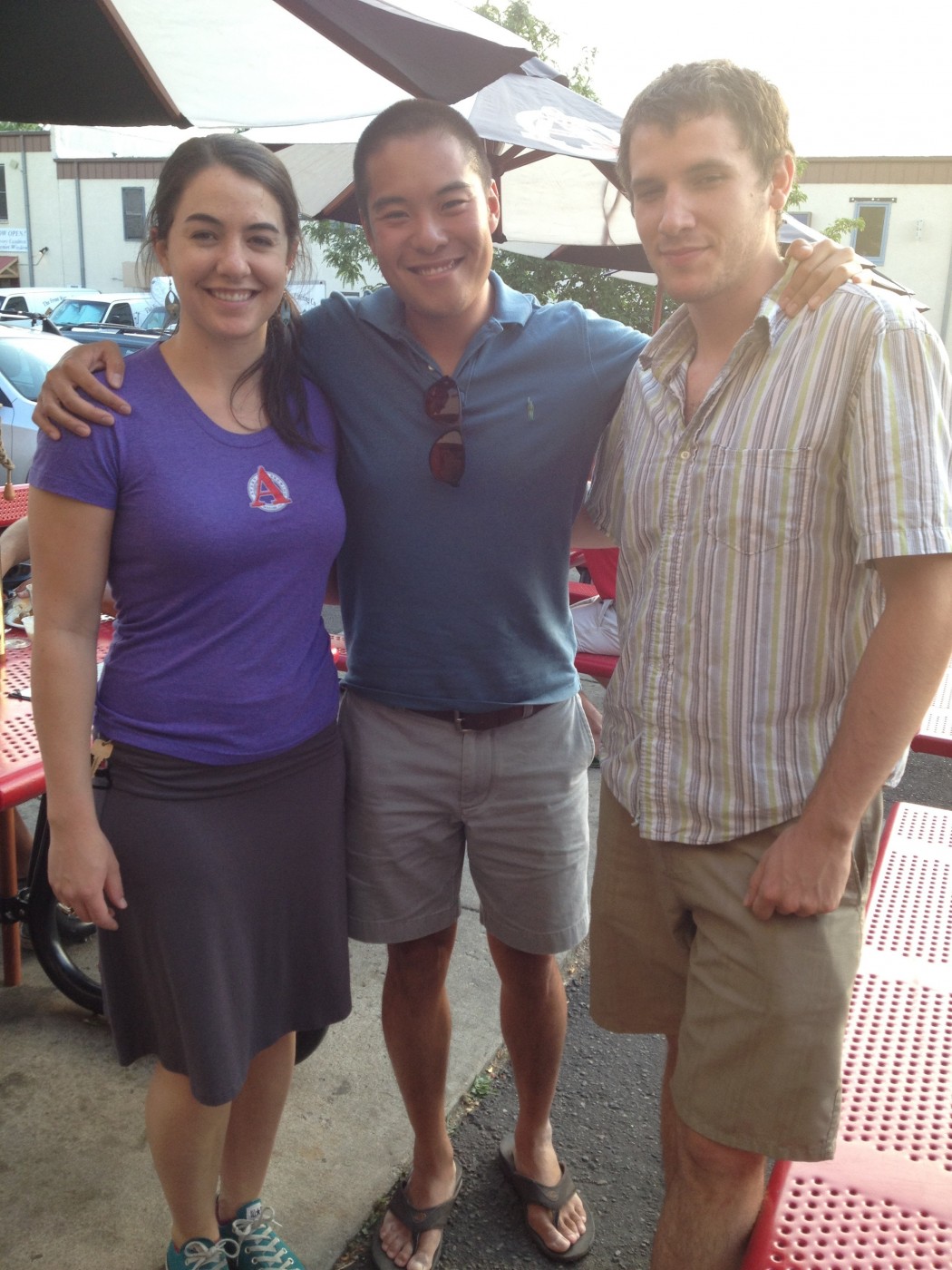