Kölsch are a peculiar breed of beers. For one, a Kölsch is not really a Kölsch unless brewed in Cologne, Germany. Forgive me for throwing around the term Kölsch instead of calling it a Kölsch style ale, as its labeled on the bombers, or German style ale, as it’s named on the cans. It’s just so many words! Coast Brewing takes its acknowledgment of the style’s origin a bit further in its naming of the beer. The 32 is the latitudinal coordinate for Charleston, South Carolina and 50 is the latitudinal coordinate for Cologne, Germany, hence, “32°/50° Kölsch.” A true Kölsch is brewed with ale yeast, fermented at warmer temperatures and then lagered at cooler temperatures. They tend to have a fruity flavor and moderate hop profile with a light yellow to golden hue. 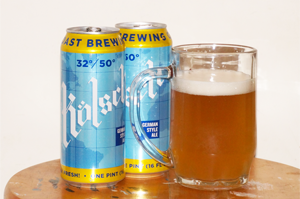 Coast Brewing’s version does well to keep to the style’s guidelines. It’s gold hue puts the brew on the darker end of the color range for Kölsch. The head is similar to a white bubbly cloud giving off a bready aroma that plays with the floral scents from the hops. First taste yields a buttery and sweet flavor that comes from the wheat and honey it’s brewed with. Subtle malt with hints of fruitiness follow. Finally, it all gives way to a delicate hoppiness that fills out the flavor profile. It is a very refreshing and calm drink, as the cool blue hues on its label might lead one to believe.

The new label design for cans stands apart from its bomber label, in a great way. This is an important and sometimes overlooked aspect of a beer. As a retailer, all too often, I see great beers overlooked because of their shelf-appearance. Distribution is limited to South Carolina, but there are options to get one shipped to you. If you can’t find it at your local shop, contact Charleston Beer Exchange. They will ship anywhere in the U.S. and some international locations. While perusing their online inventory, check out more of what South Carolina has to offer. 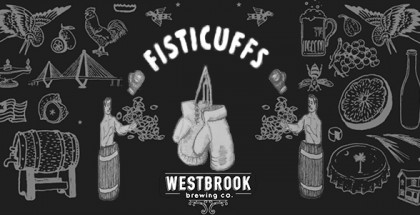