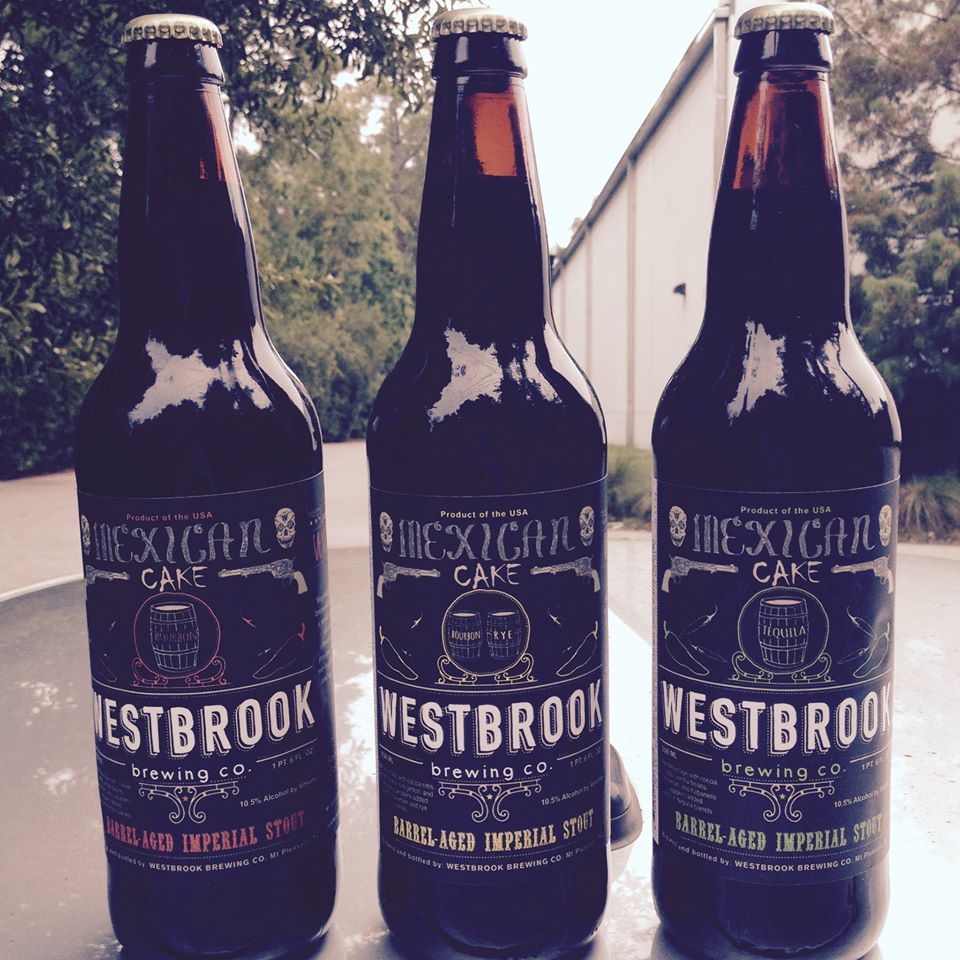 Coastal area breweries account for 11 of the state’s 21 brewing companies; that’s 52 percent. Most of those are located in Charleston. The “Holy City”, as locals know it, is home to 8. Other beachfront brewery locations include Hilton Head, Myrtle Beach and Ridgeland. Holy City Brewing Co is named after Charleston’s moniker and, hands-down, wins brewery-with-the-most-character award. This middleweight brewery has a newly expanded production of 6,000bbl per year and is located in a rented out section of an automobile shop in an industrial park. Every afternoon, the brewery opens its garage doors for patrons to enjoy a cold one while sitting in the open-air bar or playing beanbag toss out on the patio. Favorite brews include their Pluff Mud Porter and Washout Wheat; both have won medals at the Great American Beer Fest in Colorado. Nearby is the oldest brewery in the state, Palmetto Brewing Co. It was founded in 1993 and has grown to be one of the state’s largest breweries after an expansion from 6,000bbl to 8,000bl in 2014. The brewery has a newly renovated 240-guest patio where it hosts free concerts and yoga sessions. It is also adjoined to a local coffee roasting company that provides beans for Palmetto’s famous Espresso Porter. About a 5-10 minute drive away, and just as close in production, is Westbrook Brewing located in Mount Pleasant. A young married couple, Mr. and Mrs. Westbrook, who are currently working to expand their production and tasting room to catch up with the high demand for their beers, owns Westbrook Brewing. This brewery is known for their specialty brews like the seasonal sea salt Gose, Dark Helmet black lager and Mexican Cake, a seasonal spice stout.

Upstate, near Greenville and Spartanburg, are 6 breweries to include 2 of the state’s largest breweries, R.J. Rockers and Thomas Creek Brewery. R.J. Rockers is located in Spartanburg and has a brewing capacity of 7,500bbl per year. Most of their brew labels are patriotic in theme because of the founder’s service as an Army Ranger. R.J. Rockers is most known for their gold winning Son of a Peach, a spring/summer unfiltered wheat ale brewed with fresh SC peaches and peach extract. Thomas Creek Brewery has recently experienced a grand expansion that has bumped production up to an estimated 23,000bbl per year giving it a solid claim to largest brewery in the SC. A portion of that production is shared through contract brewing with breweries in South Carolina, North Carolina, Georgia and Florida. Last year, Thomas Creek’s production was estimated at 12,000bbl. Approximately, 6,000bbl were proprietary brands and the other 6,000bbl were contract brewing. The brewery has an aggressive 5 year plan to reach 70,000bbl per year with the use of 24 120bbl tanks.

The Midlands is home to 4 breweries located, primarily, in the state’s capitol of Columbia. Conquest Brewing Co., River Rat Brewery and Swamp Cabbage Brewing are those three. Seminar Brewing is the exception, located in Florence. The youngest brewery in the state is already known for its Craver Peanut Butter Porter. All four are fairly small and limited in distribution. At this time, Swamp Cabbage is the only one not bottling. The rest are bottling and distributing to local areas. Conquest is the oldest brewery in the midlands. Locals love their Sacred Heart IPA, a balanced east coast IPA which features a newer hop varietal (Belma). 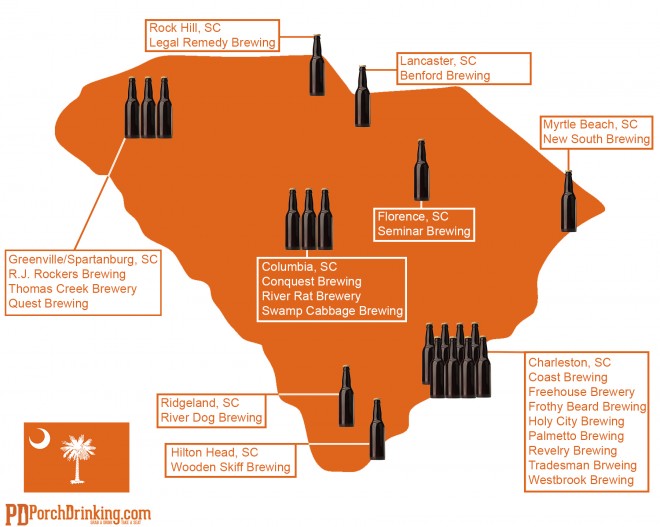 South Carolina has all the right ingredients to become truly competitive in the greater craft beer industry. The current theme for the state’s breweries is “expansion”. Recent changes in laws governing the local brewing industry have removed burdensome regulations that stunted the breweries growth and expansion. In 2013, breweries were not permitted to brew, package and sell their own beers without, first, selling their beers to a distributor. The distributors then had to remove the beer from the brewery’s property before the brewery could buy back the beer for selling in their own tasting rooms. The beers were delivered back to the brewery after the purchase. This was a serious issue that created additional overhead costs and limited the style of the breweries. Stone Brewing Co. and Deschutes Brewery intent to build on the east coast spurred the state to reform these laws to make state more appealing for the west-coast breweries billion-dollar expansion. Stone Brewing Co.’s expansion was an estimated $72 million, alone. The two breweries refused to build where they could not sell their own beers for on and off premise consumption at their adjacent bistros. State politicians wrote up and passed into law, what was deemed, the “Stone Bill” with the help of the South Carolina Brewers Association.  As of 2014, breweries are permitted to sell unlimited amounts of their own beer for off premise consumption, without the intrusion of a middleman. Unlike other states, there are no regulations for bottle or growler sizes either. On premise consumption is determined by the style of the brewery. If the brewery has a kitchen serving food to patrons, unlimited amounts of on premise consumption sales are permitted.  However, if the brewery is nothing more than the brewery, even if it has a tasting room, only 48oz or less may be sold for on premise consumption. Brewpubs are permitted to package and sell for off premise consumption, with no limitation in amount, and may sell growlers to dining patrons who “may take home what they don’t finish at the table”. This change is what has accelerated the progression of the industry. The relaxed regulations have simultaneously increased revenues and decreased overhead for the breweries, opening the door to creatively expand their image. The growing number of new breweries in the state and the confidence of already existing breweries prove this.

There are still obstacles hindering the advancement of the industry in South Carolina. This is natural for any business category though. Overall, the political climate is at a point where the brewers and the state are only fine-tuning and tweaking parts of the regulatory laws. The most notable issue on the table right now is South Carolina’s excise tax. It is a 0.77-cent tax on the gallon that puts it at the 7th highest excise tax in the nation. To put this into perspective, think about Holy City’s output again. Last year, their production reached 4,000 barrels and they sold all of it. That equates to an estimated $12.00 per barrel and a cumulative $48,000.00 in excise tax for the year. This is a state tax that is not just levied on the brewery or brewpub though; distributors are taxed for every gallon they sell too. The campaign to reduce the tax is being spearheaded by the South Carolina Brewers Association, who feels there is hope for the change with a similar movement at the federal level underway.

Despite any hurdles that may still exist, South Carolina has seen a 76% increase in breweries since 2000. Most of that growth was under the previous state regulations too. Breweries continue to pop up throughout the state. At least two more are expecting to begin operations this year. 13 Stripes Brewery is close to being completely operational in Greenville and Lo-Fi is coming to Charleston. The climate perfect for continued growth and after an estimated $250 million toward the state’s economy in 2012, South Carolina’s government and residents are seeing that good beer is good for the economy. 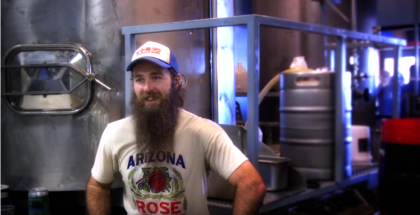 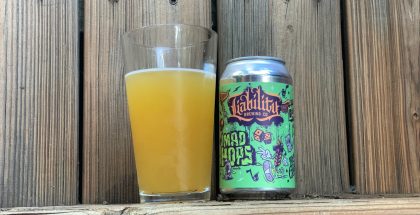