I know, it’s Monday and that stinks but I’m bringing many craft beer news stories to brighten your day. To start it off, Firestone Walker is joining a craft beer empire. Next, some cool guys invented a way to make beer pong cleaner and Hop the Vote is coming back to GABF. Finally, there are a few festivals you should look into, including What the Funk!? Read on to get all of the details in this edition of the Weekly Growler Fill.

Last week, Firestone Walker posted that they will be merging with the U.S. Operations of Duvel Moortgat. You may have heard of Duvel beers before, but what you may not know is that Duvel also owns brands such as Boulevard and Ommegang, among others. Basically, a beer empire is being created with some of the best breweries in the country. If you’re worried that your favorite Firestone beers are going to change, don’t be. Firestone says that the two companies will continue to operate independently. The deal is expected to close later this year.

Do you avoid beer pong because you can’t stand drinking mass-produced fizzy yellow water or are you afraid of floor cooties? If your answer is the latter, then get your balls out and ready play! Ping pong balls, that is… five brothers up in Connecticut invented the perfect apparatus to protect your beer during pong – Slip Cup. When the balls fall on the floor, they tend to pick up dust, dirt, hair and grime that ends up in your cup sooner or later. Slip Cups fit into the top of your 16 and 18 oz disposable cups and prevent the dirty balls from ever touching the beer. What’s even better is that they are made of recycled plastic and they are center weighted so your cup doesn’t topple over. The product is currently in its Kickstarter phase and is expected to ship out in September.

Colorado Brewers Guild Brings Hop the Vote Back to GABF 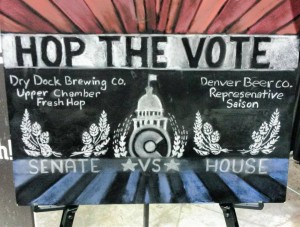 Last year, the Colorado Brewers Guild introduced Hop the Vote, a brewing competition between the Colorado State House of Representatives and Colorado State Senators. The program was launched to highlight the vital role beer plays in the Colorado economy and the relationship between lawmakers and Colorado craft brewers. State legislators team up with breweries to create their masterpiece and this year, the House is paired with Big Choice Brewing and the Senate is paired with Cannonball Creek Brewing. During each session of GABF, team members will be pouring and campaigning for their beer at the Colorado Brewers Guild booth. GABF attendees will try both beers and cast a vote for their favorite brew. The winner will be announced at 3:45 p.m. at the Saturday session.

What the Funk?! Tickets on Sale NOW!

As of the writing of this article, What the Funk!? tickets are not sold out, so get on it! What the Funk!? is by far one of the tastiest festivals of the year and if you’re lucky enough to get in, you’ll see why. Hosted by Crooked Stave, What the Funk!? is a festival that celebrates all things barrel-aged from boozy and strong to wild, sour, and funky. Over 60 breweries will be represented and this year, there will be 1,000 tickets for sale. Another great thing about the fest this year is that it does not fall on the same days as GABF – so more beer for you! A portion of the proceeds will benefit the CancerClimber Association as well as Water For People, a local non-profit organization that works to provide clean water systems to developing countries.

Say Prost with a Texas Twang at the Addison Oktoberfest 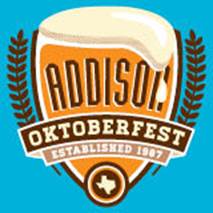 For nearly three decades, the most authentic Oktoberfest celebration outside of Munich has been held in Addison, Texas. This year, over 70,000 fans will come together September 17-20, 2015 to share a love of polka, German food and, of course, the same Paulaner Bier that will be served at Bavaria’s favorite festival. As part of its award-winning tradition, Addison has timed their festival to coincide with the famed Munich Oktoberfest, and Addison Oktoberfest will also feature much of the same music, folk dancing, sing-a-longs plus great German food and entertainment. Bring the whole family because this festival has events for everyone including dachshund races, bier barrel bowling, and a German Idol yodeling contest.