How many breweries are there in Colorado? Why is everyone fuss’ing over Craft Beer?

Colorado remains the state of craft beer, at the forefront of the craft brewing industry. Colorado ranks among the top states for number of breweries, per capita production, and economic impact. The Colorado Liquor Enforcement Division (LED) identified 309 manufacturing brewery and brew pub licenses as of August 2015, marking 178% growth in the number of breweries since the recession ended in 2009. When asked to summarize the Colorado Brewing scene, John Carlson, Colorado Brewer’s Guild (CBG) Executive Director, says “the fascinating thing about Colorado, the state of craft beer, is how the industry continue to evolve from its origins in 1859. It’s Exciting and diverse. We are experiencing massive growth yet maintaining our continuity of culture.”

Of the 309 brewing licenses, 123 are brewpubs and 186 are manufacturing breweries. The shift from the brewpub model to the more modern brewery without “hot food and a kitchen on site” started in the mid-2000 but we are really seeing it flourish now.

So, what kind of material economic contributions are these breweries making? Aren’t these folks just making hand-over-fist dollars wise? What are they doing for the state of Colorado?

Colorado craft brewer recorded total economic benefits of $1.15 billion dollars in 2014. Converting mostly raw materials such as hops and water and grain into the craft beers sold domestically and internationally. The industry tallied $247 million in direct value added in 2014. Contributing to this economic impact are the workers – in 2013 there were an estimated 5,268 workers and in 2014, workers on both the brewery and restaurant sides of the business totaled 6,021.

The number of jobs brought to the head of the craft beer glass for Colorado is staggering. These numbers do not include distribution or liquor stores; just facilities with brewing licenses. Just think about all of the jobs being occupied by all of the subsidiary connections to Colorado Craft. It’s great to think about what that number may be as I sip at the suds in my glass right now. Think about your beer and how it goes from the brewery dock to your lips. Lots and lots of other jobs are getting it into a truck, to a distributor to their warehouse to your local liquor store and/or restaurant to your fridge or to your glass. It’s beereautiful thing!

So, if there is all of this growth, is there going to be a bubble? When will communities reach saturation? When will it start affecting breweries access to market?

Most Colorado brewers are planning for growth in excess of 20% in 2015 and 56% in 2016. Important issues for Colorado brewers are maintaining critical access to market and lower taxes, followed by increased access to distribution channels and additional financing. Factors that could slow growth include the cost of brewery equipment, the cost of employees and cumbersome regulations.

So, with growth moving slowly upward and there being only a few hindrances foreseen, how will all of these breweries fit into the schema of the local neighborhoods and communities?

Craft brewers are a source of economic benefits totaling $1.15 billion in output in 2014 disbursed throughout Colorado’s urban cities and rural communities. More than 53% of this is in direct brewery and brewpub economic activity. Remember, direct industry employment totaled 5.269 in 2013 and 6,021 in 2014, and wages totaled an estimated $136 million and $162 million, respectively.

The majority of Colorado craft brewers reported participating in fund-raising and charitable events. While these contributions are largely intangible and cannot fully be quantified, they reveal Colorado craft brewers’ and brewpubs’ continued participation in, and commitment to, their local community is vital is with continued growth, this ever-growing resource of giving to the community will grow as well.

So, at the end of the day, what can the Colorado craft beer drinker expect to ascertain from a study such as the CBG’s recent Economic Impact Study?

Organic growth and quality are still held to the utmost importance when talking about Colorado, the state of craft beer. With strong members of legislators, strong breweries and strong craft beer devotees (that’s you AND me), Colorado can expect to see more breweries and brewpubs opening up all over Colorado. Our number of breweries per capita is about 1/18,000 people. If we look at a few other states, we can obviously see that there is room for more breweries. This is where the importance of supporting this local scene comes into play. In order for the scene to continue to grow in a positive way, we need people to vote with their wallet and spread the good word to other beer lovers about Colorado, the state of craft beer! With the Colorado Beer Drinker supporting local breweries, we can help those breweries grow and thrive as contributors to the economy and to their respective communities through donations, volunteerism and special events.

Cheers to the Colorado Brewers Guild for grabbing the numbers and presenting them to PorchDrinking so that we can share them with our readership!

Hashtag #coloradobeer, #coloradocraft and #stateofcraftbeer when you are out and about on your favorite social media sites. 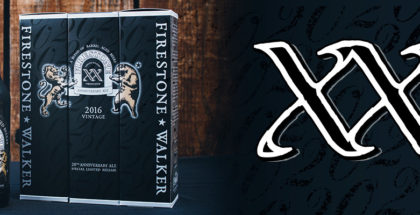