Attending a session at Great American Beer Festival can be overwhelming, even for the most experienced beer fan. To help you make the most of your festival experience, Tristan Chan, Chris Day and I would like to be your tour guide through several distinct craft beer journeys including Sour & Wild Beers, Rare Beers, Big Beers, Fruit Beers, Hoppy Beers and Unique Beers. We’ll give you the breweries, beers and descriptions, then let you go from there.

Today’s theme route focuses on Sour & Wild Beers, which have gained incredible popularity over the last few years. If you are looking for beers that make your lips pucker and mouth water, you have chosen the right adventure today. This list is by no means a complete list of all sours, but it is a great starting point. Grab some Tums and join us on your journey through Sour Beers at the 2015 Great American Beer Festival. 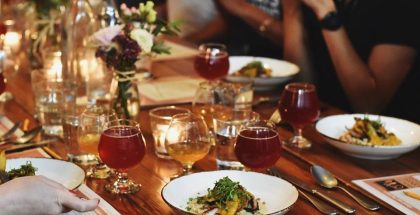