At the time you are reading this, we are either recovering from a week long hangover or dead! GABF would be the way to die. Hundreds of breweries bringing the best beers in the world. There is nothing greater than walking shoulder to shoulder with tens of thousands of like-minded people. Everywhere you turn is a new friend and a beer. Yep, pretty sure we died. Seems like the pearly gates are drenched in golden suds.

We live in Utah and dream of Denver, Bend, San Diego and Asheville. But wait a minute… if you believe in the alcohol lockdown in the Wasatch Mountains, we surely live in beer hell. We are here to say, this is absolutely not true. We present six GABF medal winning beers from the last several years. So when the Zion curtain locks us in, we will be okay, because Utah brewers make some sweet brews.

Craft lagers seem to be the perfect gateway beer for anyone making the leap into the beer geek world. Moab’s Rocket Bike Lager was one of those beers for us. It’s a steamer beer with a thin, watery body boasting toasted caramel, sweet and light grainy malts. When poured from the huge can, the amber colored lager dances around plenty of suds with low carbonation.  With slight hop and mineral notes, this beer finishes crisp, clean and dry. Enough flavor to entice a newbie, yet not a face full of hops to scare them away. Just as the beautiful Arches are a gateway into Utah from the south, use this beer to help educate your less informed beer drinking friends.

We are breaking out the big guns with Squatters Fifth Element. Often cited as ‘Utah’s Best Beer’, this barrel-aged Farmhouse Ale has much to live up to. A Saison aged in oak barrels for a year or more, because when it’s ready, it’s ready. Bordering on a sour and a traditional Farmhouse, this beer seems to create its own genre. Fifth Element pours a slight hazy straw color, becoming increasingly dense towards the end of the bottle. We love the smell, picking up an almost freshly picked lemon that survived a dust storm. This beer is considerably tart with an easy funk. Fifth Element is a wonderful example of a complex beer creating an inviting champion.

Brainless on Peaches is such a cool beer. The funny thing is, when we were first getting into the finer beers, we may have thought this was going to be a sour beer all the way. A Peach Ale aged in French Oak Barrels does seem to sound like it, but hey, what did we know? Sorry we were wrong, this peach version of Epic’s Brainless Series is just a fruit beer. Well if ‘just’ means a 10%+ abv – knock you on your ass James and the Giant Peach monster – count us in! The beer pours a flaked gold yellow and the immediate wafting of peach circulates the air. Interestingly the peach hits your nose tricking you as you taste a clean woody Belguim brew that instantly fades to fruit.  We have come a long way on our beer journey… and so has this beer. Epic recently released Wild Brainless on Peaches, so if we waited, we could have been right about the sour.

Named after the highest summit in the Uinta Mountains, this beer passes the endurance test as you climb the layers of coffee, roasted chocolate malt and earthy layers. King’s Peak flows rich brown like an iron river with a thin sheeting frothy resin that washes ashore. Boasting a light mouthfeel and subtle flavors for such a dark beer, it has the scent of dark chocolate and espresso beans. It tastes like a cold pressed coffee, perfect for restarting  the morning after a GABF session. Uinta created a Porter which straddles both session beer territory and traditional style, making this Porter stand above the rest.

Now we know all you Denver friends may have forgotten Epic Brewing actually started in Utah. If you are ever curious where the brewery is located, just turn to this Oatmeal Stout and head to 825 S. State Street. But, don’t be confused, the SLC based brewery may just be the size of your Denver taproom. This is what makes it fun, because walking right into the SLC cold case is like a rainbow of brewed goodness. How can they fit so many beers into such a small space?! It is quite a pretty sight. 825 State Stout pours a dark chocolate base with the smell of a cocoa/coffee blend. This smooth stout tastes like a black mocha coffee that has been tamed by a caramel sweetened malt.

First of all this is a highly sought after beer, only brewed once a year and in very limited quantities. We once attended a brew fest in Idaho with Red Rock also in attendance. There was a ‘treasure chest’ (aka ice cooler) filled with Paardebloem. On this chest a hand written warning, “If your name is not Kevin, do not open Paardebloem!” I’m pretty sure we found a way to get into that cooler. Now here is the truth about this Belgian Style Ale: There is magic in them there beers! Our first experience was the Red Rock collaboration with New Belgium and the second was the Utah based brewery version. Wow, a 5-star Untapped rating and a ½ glass later and we were buzzing. Hopped with dandelions, this Belgium based beer makes you feel like Jim Morrison walking through a weeded field of strangely hopped weeds. Bright, hoppy, tart, earthy and a bit of who knows what and everything special about craft beer.

Major News and Storylines from GABF 2015

Roundtable Discussion | What not to do at GABF 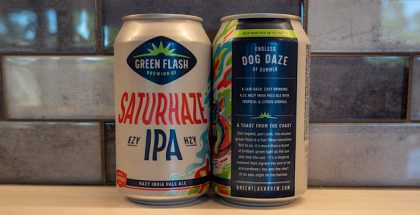 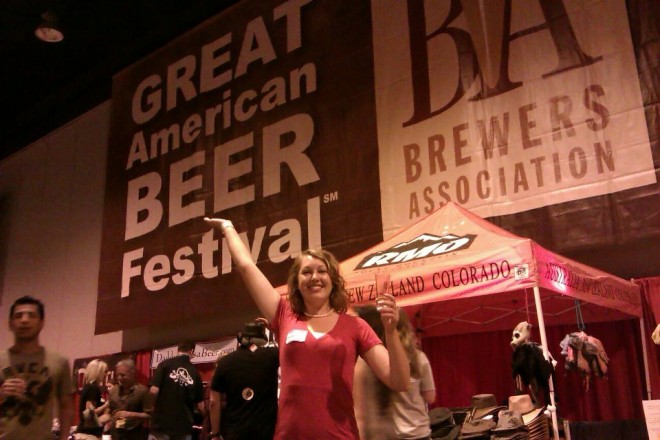