Unknown Brewing Co. is brewing some great beers out of their Charlotte-based brewery located on 1327 S. Mint Street. Right now, they are excited about one thing. Unknown Brewing Co. has recently released their Dirty Commie Heathen and, according to Head Brewer Brad Shell, it is even better than last year.

(More: 8 Reasons ‘Charlotte’s Got A Lot’ for Craft Beer Lovers)

Dirty Commie Heathen is Unknown Brewing Co.’s Russian Imperial Stout that they believe is a leading example of the style, and I am not one to argue with that. Brad Shell and Unknown used 4,000 pounds of grain and tart red cherries from Michigan to brew this stout before aging it in bourbon oak barrels. Shell made a couple improvements in the recipe from last year to enhance the drinking experience for fans. Personally, I think they did a fine job brewing a very complex stout that leaves me wanting after every sip!

“This year’s Commie turned out amazing and I think people should hurry up and buy it before I drink it all!”
– Brad Shell; Head Brewer, Unknown Brewing Co.

At the risk of sounding cheesy, the best way to describe my experience with Unknown Brewing Co.’s Dirty Commie Heathen is as follows. The aroma reminded me of a moist and cool starless night preluding soothing sips of a forest of oak aged roasted flavors with a cool night air that blows through a garden of dark cherries growing along the forest floor. 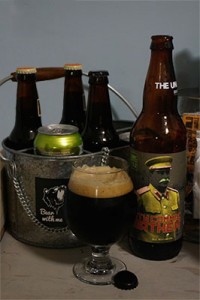 Unknown’s Dirty Commie Heathen smells sweet and dark with hints of oak and other roasted aromas. It has a smooth, thick mouthfeel that coats everything in a soft delicious blanket of flavor. This stout packs a wallop at first taste with an iron fist full of flavor and booze to remind you just who is in charge. What’s more, the flavors seem to evolve as the stout warms in my glass. Only 15 minutes out of the fridge and it was full of boozy dark and sweet flavors. As it warmed up, though, more of its intricacies came out before melding into one scene. I doubted Unknown Brewing when they said that it tasted best close to room temperature, but after drinking a bomber’s worth as it naturally warmed to nearly room temp, I would have to agree. I mean, 50 – 55° is where I usually drink my stouts, but this one keeps impressing up into straight-up room temperature.

Dirty Commie Heathen is truly a stout that is not to be ignored. Unknown Brewing Co. brewed another exceptional beer that set itself apart from the rest of the world. This tyrant hit shelves only a week ago, so hurry out and grab a few because, as the bottle says, “unlike the former Soviet Union, THIS BEER AGES WELL!” 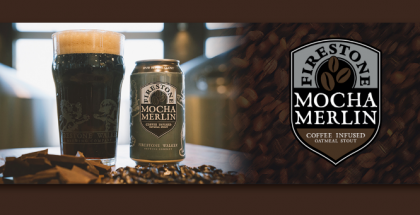 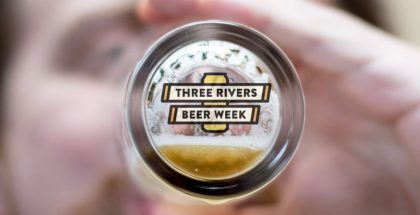