Enjoying that amazing beer while talking about it with the men or women who actually made it. That’s the basic idea behind the St. Louis Centennial Beer Festival, now in its 8th year, according to founder Jason Arnold. The festival is held in the Lafayette Square neighborhood of St. Louis in a restored malt house built in 1876 for the Schnaider Brewery and will feature 80+ breweries and more than 200 beers.

“What I love most about the Centennial Beer Festival is the opportunity to see friends on the other side of the table pouring the beer,” wrote Arnold  “From owners, to brewers to the ones in the know, it is festival filled with so many faces of community. Drink up and take it all in.”

While the main beer drinking begins on Friday, the festival actually kicks off on Wednesday with Yoga Buzz to get you stretched out before a special preview of some of this year’s new beers. The yoga begins at 6pm followed by the tasting which runs till 8pm.

As part of the Friday festival ticket, guests will be offered an opportunity to taste & vote for their favorite Home Brew from a variety of local craftsman. The winning Home Brewer determined by the guest’s votes will have an opportunity to brew a commercial batch of beer with the Brewmaster. The winning beer will be offered at 21st Street Brewer’s Bar with the spring line-up of beers.

Extra $21 + tax
The VIP upgrade is available for Saturday afternoon and evening and features rare, vintage and cellared beer in the Malt House Cellar. Some light snacks are also included.

The Centennial is proud to partner with the St. Louis Area Foodbank to raise funds to fee the hungry in our region. 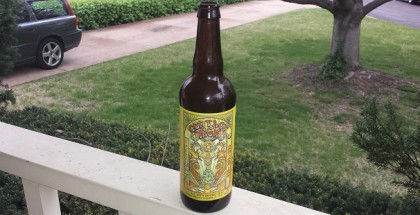