Shut down the rumor mill, folks. It is official. One of Florida’s leading breweries, Cigar City Brewing, has been been acquired by Oskar Blues Brewery. This comes only a month after rumors of a deal with AB InBev, and a year after the 2015 AB InBev merger rumor was squashed. I am sure we will still hear rumors of AB InBev buying Cigar City Brewing on some random beer blog, though.

On the heels of Hunahpu Day, Oskar Blues and Cigar City published a joint Press Release to announce their partnership. Based on the press release, Oskar Blues plans to use its resources and nearly 20 years of experience to foster further growth for the Florida brewery. Cigar City Brewing founder, Joey Redner was quoted in the Press Release saying:

“Cigar City is facing next-level challenges and we needed to develop next-level skills and resources to meet them.”

Growth and expansion is not foreign to Cigar City Brewing. Since opening their doors in 2009, Cigar City has opened a brewpub in the Tampa International Airport, scored a contractual deal to sell their beers in the Disney theme parks and on Carnival Cruise ships, opened a stand alone Brewpub 20 minutes north of the main brewery, and, most recently, opened a Cidery/Meadery; that is not to mention the breweries expansion in distribution during the past few years.

“What Cigar City has done for the community of Florida craft beer is impressive.  It’s important for our culture to do business with people we want to hang out with and Joey and the gang fit,” Dale Katechis, Founder of Oskar Blues.

Cigar City is poised to grow further. The one thing that was clear from all the rumors swirling around the Tampa based brewery is that Oskar Blues recognizes their potential for growth, and they were ready to capitalize on that opportunity. With a strong core lineup, including the likes of Jai Alai, Maduro Brown, Florida Cracker,  and even stronger specialty offerings like Marshal Zhukov’s, Hunahpu’s Imperial Stout, and Good Gourd to name a few, they’re ready to take on a new level of growth and distribution.

The likeness between these two breweries does not stop at their award winning beers, either. Oskar Blues and Cigar City clearly share the “anti-corporate” mentality, and it’s safe to say that that weighed heavily in their decision to partner, right down to their official press release. That release read “Oskar Blues Brewery Rolls Up a Cigar City Blunt”. This was driven home by Redner, “We didn’t want to just shove our round peg into some f*cking square hole and hope for the best. Florida craft beer drinkers want something they can proudly stand behind. These guys get that. They wrote the book on keeping it real,”

It’s hard to see that mentality shared if an entity like AB InBev were involved. Which is why beer enthusiasts were skeptical when rumors about AB InBev acquiring Cigar City Brewing circled around again a year after the last empty rumors of an acquisition by the same conglomerate. Beer media will need to practice a bit more responsibility when leaning on supposed “credible sources” when attempting to break major announcements. Look, we love our fellow beer media friends, but we’ve gotta hold each other accountable for jumping at every lead on future major acquisitions and mergers. The earlier speculation that Cigar City was alleged to sell to AB-InBev only further added to the sensationalism that’s already rampant on beer message boards. Let’s get it right first.

Oskar Blues and the United Craft Brews holding group are not satisfied with complacency. We’ve already seen Oskar Blues’ aggressive growth both on a local level with their diverse lineup of burger joints, and bike company spinoffs, as well as brewery arms located in Brevard, NC and a soon-to-open location in Austin, TX. However, this acquisition along with their additions of Wasatch-Squatters and Perin Brewing, show a continued focus in building their greater portfolio. This move makes them major contenders in the craft beer version of Hungry Hungry Hippos, kicked off by AB’s acquisition of Goose Island years ago.

While terms of the acquisition have not been published and details have yet to to be released, we do know that Redner will remain on as CEO of Cigar City Brewing. It is also very clear that the two companies have mutual respect for one another. As mentioned in their Press Release, the deciding factors for the merger was “driven by mutual irreverence, respect and desire to stay true to craft beer roots.” 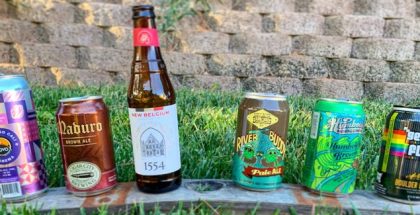