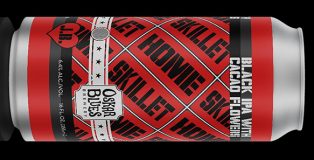 Whether it’s Valentine’s Day or the long weekend that you are looking foward to most, there will be plenty of delicious independent craft beers out there to quench your thirst. Here’s your PorchDrinking crew’s top picks for What We’re Drinking this weekend.

END_OF_DOCUMENT_TOKEN_TO_BE_REPLACED

Football season is officially in full swing! Tailgating, viewing parties, cookouts–doesn’t get much better than that. Hopefully if you’re attending any games this weekend, you’re going to a stadium that has a good craft beer selection. If you’re watching at home, why not have a little bottle share and watch the game with friends? Either way, take a page out of our book and have some delicious local craft beers. This is what we’re drinking.

END_OF_DOCUMENT_TOKEN_TO_BE_REPLACED

The Denver Beer Beat is a weekly roundup of brewery openings, special tappings, firkins and one-off batches, bottle releases, dinners, pairings, and more happening in the Front Range and beyond. Be sure to check in each Wednesday to discover anything and everything happening around Colorado’s beer scene. Now let’s get to this week’s can’t miss beer events. END_OF_DOCUMENT_TOKEN_TO_BE_REPLACED

The Denver Beer Beat is a weekly roundup of brewery openings, special tappings, firkins and one-off batches, bottle releases, dinners, pairings, and more happening in the Front Range and beyond. Be sure to check in each Wednesday to discover anything and everything happening around Colorado’s beer scene. Now let’s get to this week’s can’t miss beer events. END_OF_DOCUMENT_TOKEN_TO_BE_REPLACED

Well, it’s officially 2018. I don’t feel much different than I did last year. I already go to the gym on a regular basis, so I don’t have a pesky weight loss resolution to deal with (although I do have plenty left to lose). The world is still a terrifying hellscape, and we’re all used to that by now. We still have craft beer, so that’s a mark in the “Win” column. Craft beer also loves creating internet nonsense for us all to read, and we’ve collected some fun ones this week. Welcome to The Weekly Buzz!
END_OF_DOCUMENT_TOKEN_TO_BE_REPLACED

END_OF_DOCUMENT_TOKEN_TO_BE_REPLACED 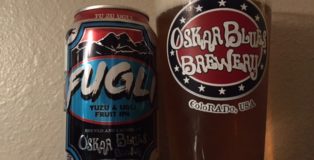 A few months I was searching the shelves for beers I had never tried. One in particular caught my attention, Fugli from Oskar Blues Brewery. Oskar Blues, like many breweries, frequently uses clever names that grab people’s attention. Immediately I questioned the reasoning of “Fugli” for something that was supposed to taste so delicious. I assume we all know what two words are added together that form something that by definition means “very unattractive.” Falling into the category of things I think are “fugli” are the ugly duckling from the book I read when I was a kid, the bright green house with brown trim at the end of my block, and the 2017 New York Giants offense. END_OF_DOCUMENT_TOKEN_TO_BE_REPLACED 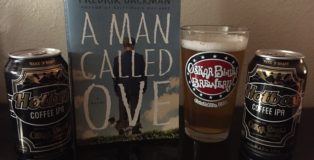 Welcome to the 4th installment of the Beer and Book Club Series. I take serious thought into the beer and book I choose to pair. They can both be so complex that it can be challenging finding two that adequately complement each other but stand out in their own way. The book I chose was different from my usual genre of reading but the beer was a infusion of my two favorite reading beverages.

END_OF_DOCUMENT_TOKEN_TO_BE_REPLACED 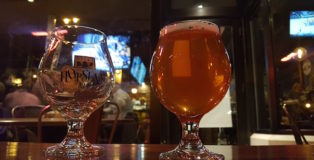 It doesn’t seem like many PorchDrinkers indulged this week. I know I didn’t. The combination of my work schedule and my weight-loss goals have had me abstaining since Saturday. This week we praise the intrepid few. Four beer warriors have kept up the good fight while others could not. This is What We’re Drinking.

END_OF_DOCUMENT_TOKEN_TO_BE_REPLACED 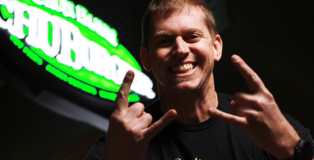 Oskar Blues Brewery, founded in 1997 in Lyons, CO, has long served as a pioneer in Colorado craft beer. Since canning Dale’s Pale Ale in 2002, the brand has seen a meteoric rise, and now distributes its beer in all 50 states, with additional production brewery locations in Austin, TX, Brevard, NC and Longmont, CO. Oskar Blues made headlines in recent years for major brewery buyouts including Perrin Brewing out of Grand Rapids, MI in 2015 and most recently, Cigar City Brewing out of Tampa, FL just last year.