Among the highlights, a video montage which took a look back at past milestones throughout the event’s history, as well as an epic soundtrack during the first half of the show, which sounded as if it was scored by composer Hans Zimmer. Saturday’s awards ceremony also included a surprise appearance by Colorado Governor John Hickenlooper who honored, former Brewers Association President, and GABF Founder, Charlie Papazian with his very own gold medal. That led to the most amazing moment of the weekend, when Charlie proceeded to give himself a trademark fist bump. That moment was only rivaled by Charlie fist bumping Baere Brewing co-founder Ryan Skeels’ baby after Baere earned a Bronze medal for their Saison. Aside from all that not much else happened. Nope nothing at all, oh wait, no there was something else that happened… that’s right… Fat Head’s fell victim to its own Miss Universe moment, when the title of Mid-Size Brewing Company and Brewer of the year was stripped away moments after they were announced to earn that distinction.

The change does not affect any of the five medals Fat Head’s earned at the annual competition. Fat Head’s won a gold, two silvers and two bronze medals. The change does bring up some very interesting questions about what entry into the competition may look like in the future and what education will need to go into motion to help ensure this mistake remedied before awards time.

Here is an update to those results:

Mid-Size Brewpub of the Year

Mid-Size Brewing Company of the Year

The Brewers Association issued the following statement regarding the change:

All of us with the Great American Beer Festival and the Brewers Association deeply regret this error. Fat Head’s Brewery & Saloon, which had originally been identified as the Mid-Size Brewing Company of the Year, had a very strong performance in the competition, winning a gold medal in the German-Style Wheat Ale category, a silver medal in Other Strong Beer, and a bronze medal in Fresh or Wet Hop Ale. They were among the top medal-winning breweries in the 2016 competition.

Congratulations to all of the winners in the most-entered Great American Beer Festival competition ever.”

An amended copy of the original release can be found on BrewersAssociation.org.

Other Trends and Takeaways from the 2016 GABF Awards Ceremony

How come my favorite brewery didn’t win? Didn’t win as much?

Who won the Most medals?

How many new breweries entered the judging this year? How many of them brought home a medal?

THE DEATH OF THE IPA?! Not even close. Look at the number of entries again. 100+ more than the next category. Which is another category showcasing the hop. #hipHOPShooray

The average number of competition beers entered in each category was 75—up from 72 in 2015— making the 2016 Great American Beer Festival competition the most competitive ever.

We saw a handful of new categories this year. Will we see more next year? What will they be? This is really tough to predict as we see the NE IPA and fruited IPA taking a hold of the hype train and pulling the horn on the hop train to a fruitier, less hoppy whistle. We’ve see hella goses hit the market and now they are taking over the German-style Sour Ale category. Will we see a Gose-only category soon? Anyone else stoked for this many coffee beers hitting the competition table? I know I am stoked to see what comes next. What do you think will come next?

We all know that brewing good beer doesn’t always relate to winning medals for making beer. We know that beer made to style is not the end result for a lot of breweries. GABF is competitive AF. We appreciate the grandiose efforts and money put into this festival to help push craftbeer to new echelons. Our hope, is that breweries will continue to make beer to style for the floor and judging, while also pushing the boundaries of their pilot systems and special releases. So, whether you made it on stage to give knucks to Charlie P or not, we still love you. Keeping brewing great, quality beer. We’ll keep drinking it. 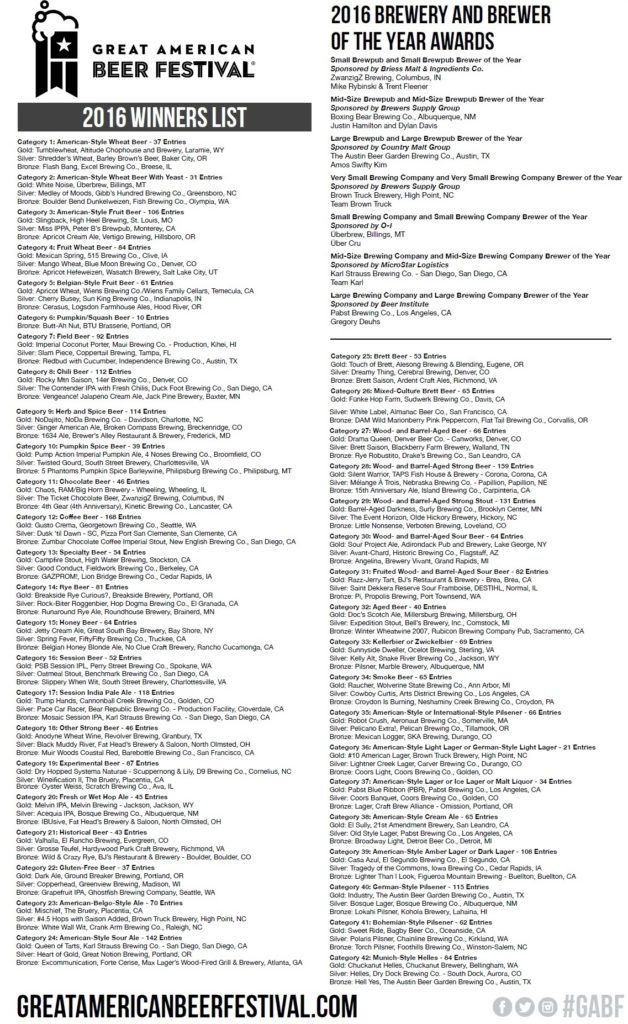 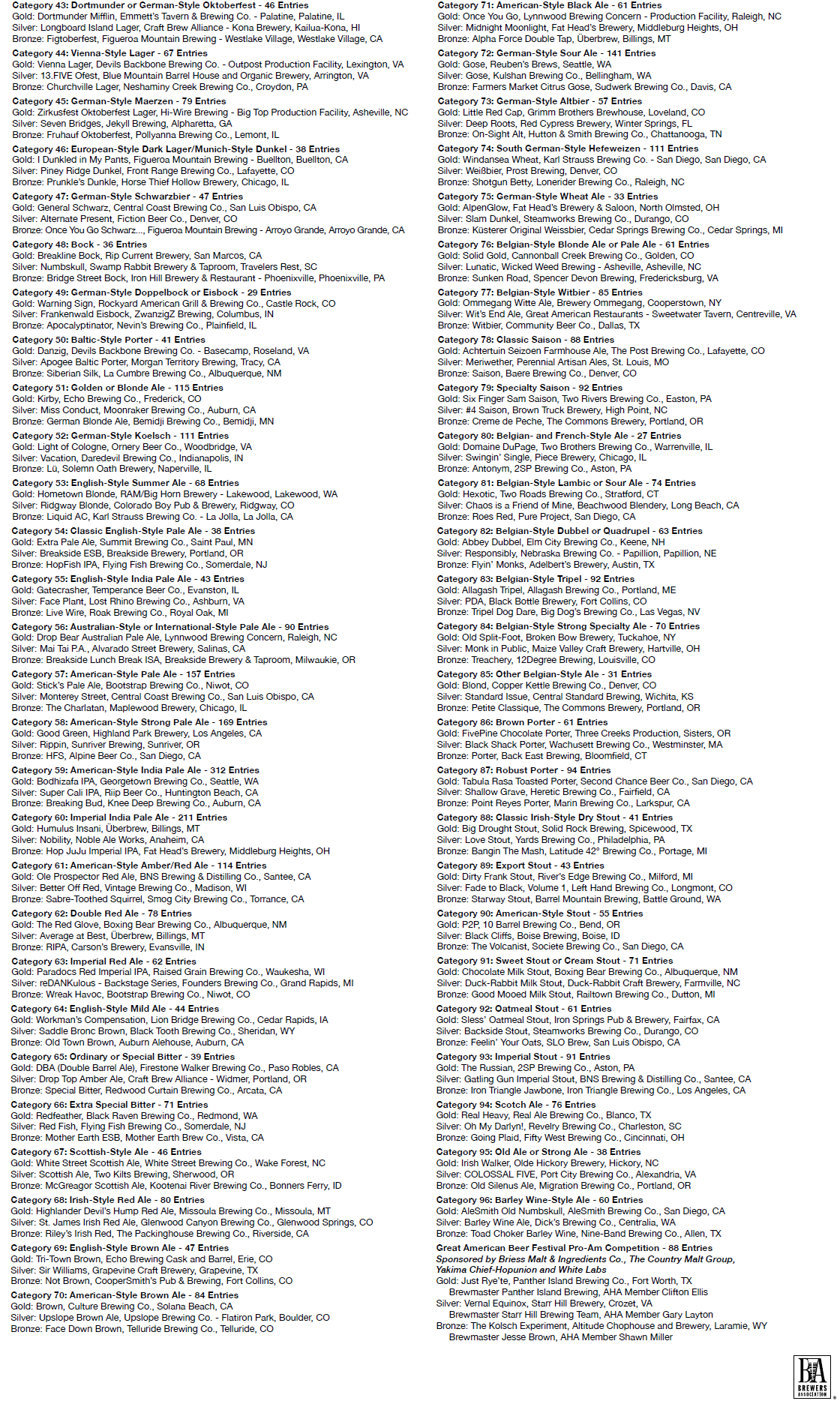