961 Beer Porter is a terrific beer, but its story goes beyond a simple discussion of water, malt and hops.

961 Beer began during the dark days of the July 2006 siege on Lebanon… Granted that war and blockades are not the ideal conditions to start a company, alongside everyone telling them they were mad to even consider it, they went ahead with it anyway. They decided that brewing a good beer for a great country was what they wanted to do the most.

Clearly, the above quote from the The 961 Beer “Our Story” portion of its website reads much differently than the typical American craft brewery story. Yet, there is a similarity, too. In addition to noting the difficulty regarding brewing in a war-torn country, it is stated, “Tired with the lack of quality beer in Lebanon, Mazen Hajjar and his friends started to brew beer in his very own kitchen. The first batches were brewed in 20 liter kettles.”

Where have you heard that before?

While the story of the brewery is riveting, 961 Beer set out to brew beer. So, let’s focus on that. Let’s discuss the joy provided by this nector from the Middle East’s first microbrewery.

The Taste: The dark roasted malt and sublime toasted-grain nature dominate the flavor profile in the most wonderful way. Alongside the roasted notes, 961 Beer Porter offers notes of chocolate, coffee, caramel, raisins — all the usual suspects, which arrive in heterogenous fashion with every sip. The English hops noted in the recipe are unnoticeable, in my opinion, but I’m sure the hop leaves are doing plenty of work in the background, which allows for a final product that would please me no matter the weather, season or time of day.

The Body: The flavor notes dance on the palate similar to a stout, but the body is much lighter as one would expect in a porter.

The Aroma: The 961 Beer Porter offers a wonderful roasted and toasted aroma that could only be improved if turned into an air freshener, hung from the rear view mirror of the the car and enjoyed every day.

I was intrigued by some of the flavors, to be honest. Upon looking through the 961 Beer website, I noticed something in its “Environmental and Social Goals” that provided insight. The words also delivered amazing perspective on the brewery, one that is easy to admire. So, I’ll leave you all with this:

We take pride in being one of the country’s first companies to have a social, and environmental charter. As citizens of the Earth, and of Lebanon specifically, we believe that we have an innate responsibility to do the right thing.

This means that although we sometimes make mistakes, we continually strive to act responsibly, and to make a difference in our community. We purchase as many local ingredients as possible, but we do have to import some from abroad. We use traditional Lebanese spices to create exclusive beer flavors that represent our country’s uniqueness. Our commitment to regional development has also inspired us to grow our own hops, and draw plans to grow barley locally.

At 961 Beer, we believe in Lebanon as a multicultural state with a creative, and dynamic population. It is this belief that drives us to, and gives us pride in being supporters of Lebanese music and arts. In this respect, we have worked with several local artists, and musicians, and play our role in the promotion of arts in the country.

961 Beer Porter: Great beer; great story; and a great example of what craft is all about. 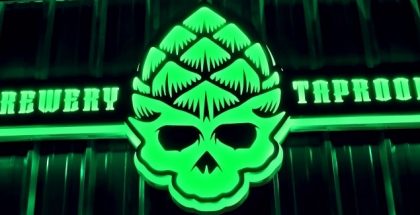 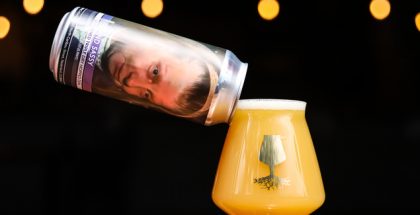 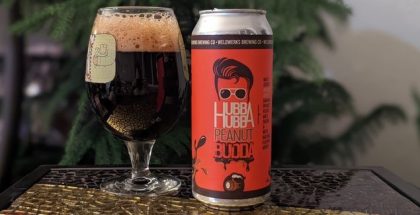 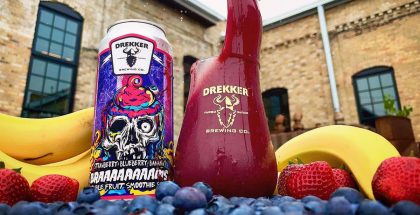