The Beer Industry’s Creativeness to Help the Earth

If you haven’t had your share of planet friendly posts this weekend, we’ve got you covered. In honor of Earth Day, we are highlighting the ingenuity and creativity of the beer industry’s actions to help the Earth. Some of the eco-friendly initiatives are implemented for the brewery’s love of the environment. Others are formed out of necessity. By protecting the environment and minimizing resource usage, breweries protect their access to future ingredients to make our future beers.

For the past two Earth Days, we covered how much the beer industry consumes and shared ten initiatives breweries were taking to be more eco-friendly. This year, we are sharing new programs by breweries released over the past 12 months. At the end, we share a few Earth Day events hosted by breweries and encourage you to share events you know of in the comments.

To begin with, Saltwater Brewery roughly estimates 3.2 billion gallons of beer in cans were consumed by Americans in 2015. In relation to the can consumption, 1 million sea birds each year are caught in plastic or eat the plastic and then die. Furthermore, the same occurs for 100,000 sea mammals and turtles.

To solve this epidemic, Saltwater Brewery and We Believers developed an edible six pack ring made from barley and wheat leftovers from the brewing process.

Please check out the video below for more information about these incredible edible rings.

First, did you know two-thirds of beaches around the world are depleting because they are being mined for sand? Well, construction uses a significant amount of sand in its materials like mortar and concrete. In addition, desert sand is too round to be used in this manner so demand for beach sand is incredibly high.

To solve this, DB Breweries in New Zealand created a machine that crushes glass beer bottles and turns them into a sand substitute. The machine is not too large and smashes the bottles almost instantly.

Check out the video below to see the machine in action.

Ever heard of Kernza? It is a newly developed grain form of wheatgrass that is a perennial. In contrast, other types of wheat that are planted annually. What makes kernza so special is that compared to annual grains it:

Who makes a beer with kernza? Hopworks Urban Brewery in Oregon and Patagonia Provisions (the food entity of the organization) use kernza in their Long Root Ale. This pale ale, according to its website, “is brewed with organic two-row barley, organic yeast, organic Chinook, Mosaic and Crystal hops, and Kernza.”

Obviously, water is vital to making beer. Reducing the amount of water need to brew in any way would be extremely helpful. What if wastewater (yep, that kind) was recycled somehow?

Well, a couple breweries have been experimenting with wastewater in their beer. First, The Guardian reported Half Moon Bay Brewing at a sustainability conference showcased two versions of the same beer. A tasting panel could not find a difference between the two pints nor identify which pint was made with filtered wastewater. Half Moon Bay treated and recycled the wastewater used with the same technology as NASA astronauts use.

Next, at Scandavia’s largest music festival, the Rosklide Festival, a total of 54,000 liters of urine was collected by the Danish Agriculture and Food Council.The urine was then turned to fertilizer for barley fields. Following that, the barley was then turned into beer. The beer is appropriately named “Pisner” and should be available for drinking this June.

Cheers to all the incredible breweries and partners making craft a culture that’s as delicious as it is earth-friendly. 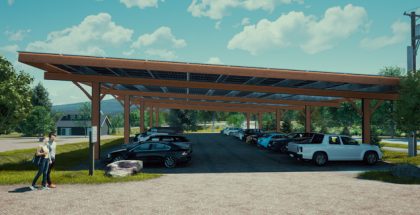