Craft Beer, The Planet & What You Can Do On This Earth Day 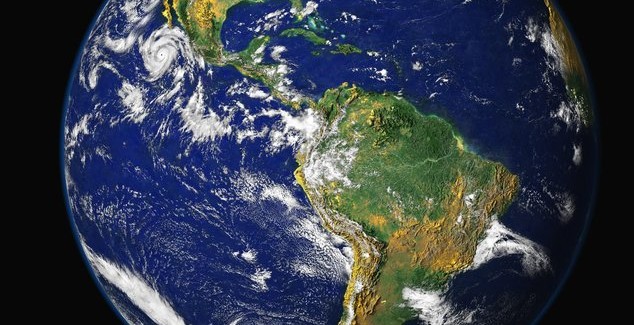 Happy Earth Day! We are very lucky to live on the only known planet (to us at least) with beer. To make beer, significant resources are required. After consumption, significant wastes are generated. The impact on the Earth by the craft beer industry is very large. As more craft breweries continue to open and current ones grow, the Earth is required to provide and do more.

Below, we discuss a few factors of the craft beer industry’s impact on the planet as well as steps a couple of breweries are doing to lessen the negative impacts. There are even a few steps that you can do to help as well!

If you know of some interesting practices breweries are doing, we may have mentioned them last year in “10 Creative Ways Craft Beer Is Improving Its Environmental Friendliness.”

Those numbers do not even include the water it takes to grow the crops used in the beer or for preparing bottling. One study estimated a total of 80 gallons of water were needed per gallon of beer while another study said it varied from 16 to 47.5 gallons per gallon of beer. For the 2015 total and these estimates, craft beer may have consumed between 12.2 billion to 60.8 billion gallons of water.

One of the leaders in water efficiency is Full Sail Brewing as the brewery uses only 2.5 gallons of water for every gallon of beer produced. In 2011, they installed a Meura mash filter which utilizes more of the mash and uses much less water in comparison to other systems. The Meura mash filter decreased Full Sail’s water consumption by one million gallons a year.

Check out the video below for more about the Meura mash filter and Full Sail’s water efficiencies.

Whether you prefer to drink your beer from an aluminum can or a glass bottle, please be sure to recycle it. According to Leave No Trace, it takes an aluminum can 100 years to decompose (other sources between 200-500 years) in the garbage. The clear plastic holders for six-packs, those also take 100 years to decompose. And do not even think you or the next hundred generations of your family will be around for a glass bottle to decompose as estimates say it takes one million years.

Check out our list below using data from the New Hampshire Department of Environmental Services of decomposition rates of materials in the garbage.

In Montana, glass recycling is not as prevalent as other areas around the United States because the cost to have a significant glass recycling program is not justifiable based on how spread the population is. Bayern Brewing, in Missoula, Montana, decided to purchase an industrial-sized $300,000 bottle washer so consumers return the bottles. The best part is that other breweries in the area have adopted the same style of bottle so that all bottles can be washed and reused from the Bayern system. It was reported that over a three-year period, this saved 2.5 million bottles from going to the landfill.

With heavy competition for aluminum cans, recycling cans and bottles has never seemed more important for the long-term life cycle.

“At the core of New Sky’s technology is a Carbon Cycle reactor that splits sodium nitrate, a common salt, into nitric acid and sodium hydroxide. The sodium hydroxide is then used to capture and convert CO2 into soda ash, which is used by regional glass companies to manufacture beer bottles. Conventionally manufactured soda ash is an energy intensive, CO2 polluting chemical; New Sky soda ash is actually carbon negative.”

Probably one of the most well-known practices of breweries, many breweries look to alternative forms for power sources. The Brooklyn Brewery uses wind power to generate 285,000 kilowatt hours needed to run its brewery each year. Sierra Nevada Brewing Company has 10,000 solar cells spread across its large campus.

It is important breweries improve and innovate their environmental friendliness practices. Climate change has already impacted the brewing industry through limiting sales and resources. For breweries, it is important that they do their best to protect their future resources by taking action now.

For you, the brew fan, you can do your part to help protect your future beers by RECYCLING and REUSING!!! Today, please take time to pick up litter around you because that aluminum can will stay there a lot longer than you will be here. Use growlers to pick up your favorite beer if you can. Save those old craft beer bottles and lend them to a home-brewing friend to use.

Take a little bit of time to take care of the Earth today because who knows if there is another planet with the same resources to make beer. Happy Earth Day!