This week was terrible in so many ways, almost all of which were related to a bastard named Harvey. It’s disasters like these that help renew my faith in people. There are military men and women, police and other emergency workers saving people from the floods. The Red Cross is sheltering, healing and feeding those who were displaced. And, most relevant to this humble website, breweries of all sizes are canning water, collecting donations and raising money for the relief effort. Raise a glass to those boots-on-the-ground, then enjoy The Weekly Buzz.

Donate to the Red Cross to help people affected by Harvey

Literally the only good thing that happened in Texas this week.

When the HEB in The Woodlands across from The Pavilion ran dry of milk and eggs, they transformed the dairy cooler. 🍺>🥛 pic.twitter.com/f6DnVlW0cj

We're heading to London for @BeavertownBeer's Extravaganza! Here's what we are bringing from Laura Bell herself! pic.twitter.com/RscQatMy1g

Who ever said a sausage fest was a bad thing? I sure didn’t!

Sustainable beer is the best beer!

Learning about the benefits of solar from Austin from @OscillationT! pic.twitter.com/kbn70qy9Ni

Doesn’t this brewery have a forklift?

Did you make it to Festival of Dankness?

Opening the doors to our new #DeschutesRKE tasting room NOW! So excited to welcome you to our new home! pic.twitter.com/JFhgagRLtQ

But I don’t live in Portland! Not fair!

Join us on Saturday, October 14 for a celebration two decades in the making!
Get all the details here: https://t.co/0v8ZZkvL0k. pic.twitter.com/Vx36PogW6S

We added blood oranges to our #PinballPaleAle, bringing notes of citrus to pair w/ the original’s bold hop profile. On Tilt Sept. 2017. pic.twitter.com/ww3b6kW1yW

I can already hear the oompah band warming up!

It’s gonna be a big party in Georgia!

Georgia's new beer laws go into effect Sept. 1 and we're blowin it out in celebration https://t.co/iAOus55v22

Harvey was – and continues to be – an epic disaster, but breweries of all sizes are pitching in to help.

Spent the day filling cans of water to head to TX thanks to @CANdAid for making this happen and @BallCorpHQ for the cans. #HurricaneHarvery pic.twitter.com/QPEeV41ktZ

We're sending more than 155,000 cans of emergency drinking water to those affected by #HurricaneHarvey. Stay safe everyone. pic.twitter.com/Wc1YzQQA9M

We'll be accepting donations of water, packaged food & toiletries for #HarveyRelief at HEB Granbury until 8pm. Just look for our trucks. pic.twitter.com/h70OjEA3Ym

This isn’t something to miss. 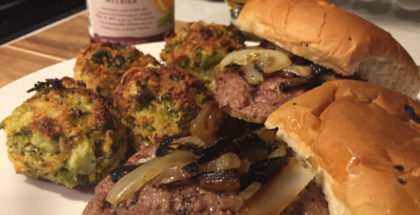