I recently spoke with Jonathan Ingram, Media Relations at Scofflaw. He share some great news concerning some upcoming projects as well as what might make its way into cans this time around.

Why is Scofflaw expanding again?

Where is the growing demand for your beer coming? Draft or cans?

Ingram: “It’s coming primarily from the Atlanta market and draft. We have constantly focused on draft sales because we think if you establish the draft sales, can sales will follow. So that’s been one of our problems with meeting can demands; it’s that the draft demand keeps going up.”

Ingram: “The big picture is we think we’re in the top five in terms of rate of growth of craft brewers since 2000. It is an unusual story. Matt did a chart where the original capacity was 6500 barrels per year. It says a lot about the beer he and Travis are making but also a lot about the demand for IPAs that are done in the North East or the West Coast Style.”

Where does Scofflaw see themselves in 6-months to a year?

Ingram: “We just need to execute at the current capacity that I think we’ll have in place on March 1st. It’s going to require some construction at the brewery against the far wall where the new 50 BBL brewhouse will go. And the row of fermentation tanks the current 20 BBL brew house will be sold to another craft brewery in Georgia.”

Will you do more cans or drafts? What will you be making?

Ingram: “We are going to expand our foot print, but a lot of it will go to Atlanta. It will not incrementally grow in terms of cans, the ratio of cans to draft will probably stay the same initially. The cans disappearing from the shelves isn’t a matter of marketing strategy, but a matter of the strategy of trying to build out draft first, while not neglecting the cans.”

Are there any seasonal or one-off beers that Scofflaw plans to make year round?

Ingram: “Well here’s a good piece of news, we think we figured out how to can P.O.G. Basement. So that’s the newbie. You gotta pay attention with fruit in cans and we’ve that figured out.” 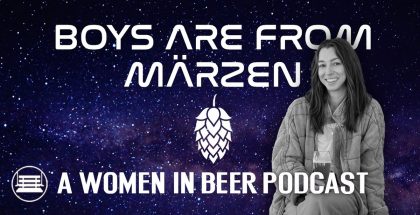