As the days get shorter and the temperatures continue to drop, I continue to look to barrel-aged beers to make the winters bearable. When 2016 and 2017 Boathouse Reserve from Crystal Lake Brewing Company showed up on my front door I was excited to open them up.

The bottles are simple with a clean design. Yellow wax seals the tops and the first thing you notice is that the bottles seem really big. They’re 750 ml bottles so you are getting a few more ounces than your standard bomber which is never a bad thing.

I poured the 2016 and got great notes of bourbon, wood, with undertones of cocoa and vanilla. This year’s Boathouse was aged in a combination of Buffalo Trace and Heaven Hill barrels for about one year. You’ll notice that this is not a pastry stout. It’s not sweet and there aren’t fruity notes or flavors in this beer.

This beer highlights the barrels used and that’s what I love in bourbon barrel-aged stouts. If you’re going to barrel-age a beer, then let the barrel play a role in the flavor. Too many times I’ll drink a barrel-aged beer and all the added flavors will mask the barrel notes making me wonder why the brewery even spent the time to barrel-age it.

2016 Boathouse is a fantastic beer. It’s able to balance all the flavors together nicely. In terms of taste and style, it reminds me a lot of this year’s Dosivdanya from Destihl, another beer that really highlights the barrel and not the adjunct flavors.

Moving ahead a year, I also opened up 2017 Boathouse Reserve. For this year’s batch, they used Buffalo Trace again, but also barrels that held W.L. Weller and E.H. Taylor. Those are much rarer barrels so I was excited to see how the beer flavor changed.

There’s definitely a different taste, because of the barrels, however, right now 2017 is drinking just a bit too hot. While I’m not an advocate of aging beers, this is one that I think in 8-12 months will be similar to what 2016 has become.

You’ll get similar notes on 2017 like you did for 2016, but when you go to taste it, the beer simply isn’t balanced right now. It’s overly boozy and just needs some time to settle—hopefully. This beer has a lot of potential upside, mainly because of the barrels used. W.L. Weller bourbon typically goes for over $100 a bottle and, while I’ve only had it once, I remember being very impressed by the drink.

If when 2017 Boathouse Reserve settles and they can get flavor from those barrels, Crystal Lake might have one fantastic beer on their hands. For now stick with 2016, and while it pains me to say this, age 2017 for a little bit longer.

Editor’s Note: Both beers were sent from the brewery to the writer for review. Feature image courtesy of Crystal Lake Brewing.

Got a Passion for Writing About Beer? Join the PorchDrinking Team! 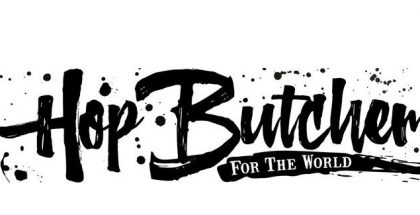