We kicked things off Monday with a preview of your Big Beers Route, this morning we featured our Funk, Sours & Wilds Route and today’s route features some of the best hop-forward beers that we know will be pouring at GABF. Hop heads unite, for these dank, piney, citrus and hoppy beers will be flowing at GABF.

Thru the Haze – This deliciously crushable IPA emphasizes all the awesomeness of Vic Secret, Citra and Hallertau Blanc hops, paired with a dry malt profile. Grapefruit and tropical fruit aromas set the stage for a huge citrus explosion of flavor on your taste buds.

Double Two Hearted – A double version of our year-round IPA, made with 100% Centennial hops.

Hop Venom IIPA – Will strike your nervous system with venom-like intensity and leave you wanting more.

Focus – A juicy, unfiltered, American IPA combines the huge aroma and flavor of Mosaic and Citra with classic Cascade and Centennial hops.

Bourbon Barrel-Aged 120 Minute IPA – Full-bodied and complex, this beer takes the Dogfish Head fan-favorite 120 Minute IPA to the next level, aging it in bourbon barrels for seven months and then dry-hopping it with a boatload of high-alpha American hops.

3-Way IPA – Yearly collaboration IPA with us and two other breweries. This year was a collaboration with Modern Times and Holy Mountain to create a citrusy and piney hazy IPA.

Head Full o Dynamite – Head Full of Dynomite (HFOD) is an ongoing series of hazy IPAs, each one different from the one before. This version is brewed with El Dorado, Mosaic, Sorachi Ace, Citra hops, and a touch of lactose.

Prairie Madness IPA – 2018 Gold Medal. A Midwestern take on the IPA with plenty of hops and three malts — German, English and American.

Hop Butcher for the World

Project Dank – Project Dank is just that; a project. An ever-changing expression of our hoppiest endeavors, each recipe is different, featuring different hops and hopping techniques. One thing remains common… HOP INSANITY.

Hop Zombie – This award-winning Imperial Red Ale has the malt backbone and hop profile to give you everything you’ve ever wanted in a beer of this style.

2×4 – Our 2×4 Double IPA is the Gold Winner of numerous note-worthy awards, including the Alpha King Championship; two years in a row and counting. So close your eyes, open up, and experience the mad floral, citrusy, and clean taste of hop talent.

Space Ways – Hazy IPA packed to the brim with mountains of Nelson, Motueka, and Simcoe hops for a gloriously juicy profile replete with mango, nectarine, and lime zest character.

Relax – Features a combination of Citra, Centennial, Simcoe and Amarillo hops, imparting fruity, tropical and citrusy notes to complement the round, soft mouthfeel of a hazy IPA.

Jade Dust – Jade Dust greets your senses with a burst of citrus aroma with a hint of piquant black pepper, backed with flavors of orange, mango, and ripe peach.

Pliny the Elder – A true leader in the hop-wars of the west coast, Pliny the Elder hits you over the head with hoppy bitterness and manages to smooth the rough edges out enough to become an enjoyable brew.

The Pupil – The Pupil is a smooth, medium-bodied, pleasantly dry IPA with forward aromas and flavor evocative of tropical fruit. Notes of guava and mango are most commonly detected by connoisseurs of this gently bittered beer, a crowd-favorite and one of our flagships

Zombie Dust – This intensely hopped and gushing undead Pale Ale will be one’s only respite after the zombie apocalypse. Created with our marvelous friends in the comic industry. 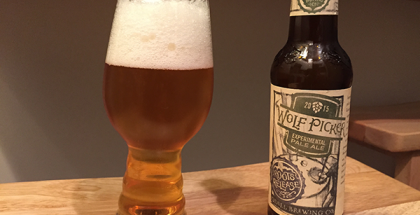 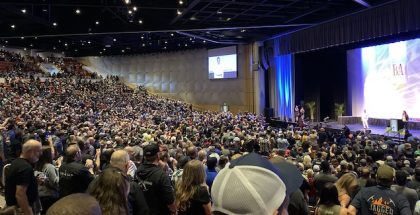