A friend, and fellowPorchDrinking writer Anna Dacosta, gifted me Pop’s Porter after we found out we both have dogs named Porter. This eventually led to the discussion: What’s your favorite porter-style beer? Pop’s Porter from Wynwood Brewing was one of her top choices, which indicated I was getting some pretty popular beer from Miami. As a Massachusetts native who has been primarily focusing on the New England region of beer, I wasn’t familiar with Miami-based Wynwood. But after reading up on them, I discovered Pop’s Porter had won a gold medal at the 2014 Great American Beer Festival. I knew I was in for a treat.

The story of Pop’s Porter appears on the bottle, which is a nice touch. Wynwood Brewing founder, Luis G. Brignoni, set out to start a brewery with his father. His dad asked Luis to make him a beer he could enjoy while grilling; with these parameters, Brignoni created this dark porter.

It pours jet black with a full tan head that slowly dissipates. A very clear aroma of roasted coffee emerges from the glass. The taste follows the smell with more flavors of roasted malts and chocolate packed into it. This beer has a medium body which made it not too heavy on the stomach—something to be avoided. With a smooth finish, this 6.2 percent ABV beer is incredibly drinkable. It was the roastiest beer I’ve ever had; my fondness for coffee allowed me to thoroughly enjoy it. 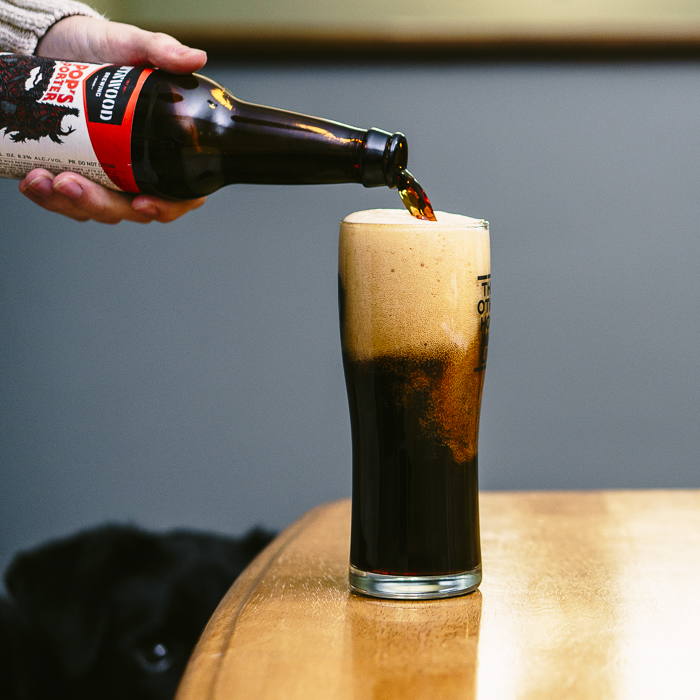 While Miami residents can enjoy this porter in 70-degree weather, it felt fitting to sip it during a cold Massachusetts night. If you find yourself in Florida, be sure to get your hands on Pop’s Porter to experience a top-notch, dark beer.