Every year my company does a big float trip about 90 minutes south of the city of Chicago. We hop into canoes and spend anywhere from three to four hours floating down a river. Of course, while you’re floating you need drinks, that’s pretty much half the fun otherwise, you’re just canoeing. So for this Ultimate 6er, I picked six beers great for an afternoon on the river.

Now for the 6er there are specific rules. First off, everything has to be in a can. That’s not my rule but pretty much any float trip will not allow glass so everything in the 6er is canned.

Those are the trip’ rules. My rules include:

Also, keep in mind that just because I’m highlighting six beers don’t think that we didn’t have other very low ABV beers that were easy to crush in-between our craft selections. Yes, we sure were living the high life.

This golden wheat ale that was a collaboration between Crystal Like Brewing Company and the John Hancock Signature Room is an easy-drinking beer perfect for a hot day. At 4.5% ABV, and a lot of flavor, it’s a great beer to kick things off. You can easily drink a bunch of these in one sitting but I had just a couple in my cooler for the float trip.

Lagers are great beers for float trips because they are low in ABV. Chicago is blessed to have many great lagers coming out of breweries and Cruz Blanca’s is one of my favorites. With an ABV of 4.7% and a price tag that is very reasonable for a 6-pack, this should be in every cooler before hitting the river. I want to give an honorable mention to Dovetail’s Lager, however, it’s only in 16-ounce cans so I had to leave it on land.

Having a gose beer helps break up the flavor profiles of all the ales and lagers. This 5.2% beer is light but tart and flavorful and helps reset your palate, especially if you’re already a few beers into the trip. These cans are available anywhere in Chicago so it was a good choice for the trip.

A year ago this beer wouldn’t make the list because it was only available in 16-ounce cans. When Half Acre started producing its flagship beer in 12-ounce cans it was just perfect. With an ABV of 5.2%, this pale ale will add some citrus notes to your lineup and like the gose, help break-up your palate. If you want another great one from Half Acre for a float trip, Pony is also in 12-ounce cans.

A relatively new beer from Illinois’ largest independent brewery also made its way into my cooler. An easy-drinking Kolsch is perfect for the float trip. Just 4.9% ABV and a very cool can design make this beer stand out. There are several beers from Revolution that can qualify for a float trip beer as we also had Fist City in the cooler. While it didn’t get in the cooler, Sun Crusher would also be another great one for the river.

(READ: Can Out of State Breweries Succeed in Chicago?)

Another pale ale similar to Daisy Cutter that is going to break-up the classic German beer flavors wraps up this 6er. At 5% ABV, Cozmo is a flagship for the Lombard-based brewery that is more widely known for its Gummy series. There was no way the Gummy series would make it into the 6er as they are well above 6% and 16-ounce cans but the brewery makes other beers that fit the bill and are full of flavor.

Okay, I have to add one extra beer to this 6er and it breaks every beers for a float trip rule I listed above.

At 6.2% ABV, it’s slightly over the ABV limit, but for the first time ever it was released in cans! Usually only available in glass bottles, when the brewery announced it was canning their most well-known beer I knew I had to go to the brewery to pick up a 4-pack. Not only does it break the ABV rule but the cans were 19.2 ounces so well above the 12-ounce limit. But – it was Zombie Dust in cans and rules were made to be broken so I had one in my cooler.

There are so many options for craft beers for a float trip. As more and more breweries are turning to cans that has only increased the options. What would you bring on a float trip? 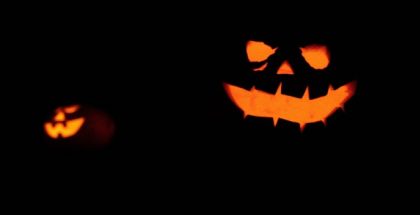 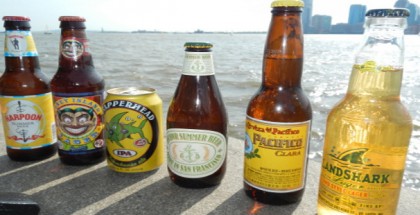