In response, Little Machine recently became the first brewery in Colorado to earn a vegan certification from BevVeg, a law firm that determines whether companies’ products are entirely without animal products. Three of the 4-year-old brewery’s flagship beers were certified, and Little Machine made an agreement with BevVeg that they would use the same ingredients and process when brewing their other seasonal and rotating beers to meet the same vegan standard, said head brewer Brett Williams.

“We are beer purists,” Williams said. “Beer has been made the same way for a very long time; it doesn’t need all this other stuff.”

Vegans can’t consume a lot of popular additives in beer, like lactose sugar or, in some cases, actual candy bars. Gelatin, a widely used filter that is made of animal bones or fish bladders, is used in lots of breweries. When Little Machine first opened, their popular Sweet Potato Stout contained lactose—which gives beer a creamy, milky texture—and was the only non-vegan beer. Williams, who has professionally brewed for 16 years, began to realize that lactose in beer is unnecessary and that he only added it out of habit.

“You’re brewing so long at other people’s breweries that it just becomes routine to (add lactose),” Williams said. “I realized I don’t even drink milk. I don’t like milk. Why am I putting it in my beer?”

Little Machine beers have been fully vegan since 2019, but the brewery jumped at the chance to earn this certification earlier this fall, partly to have “a positive way to talk about our beer purity without talking down about others” who use animal products in their beer, Williams said.

And the response has been mostly positive, with the exception of one or two outliers who seemed determined to make themselves feel excluded

“We had comments on our social media like, ‘I love vegans. They’re delicious,’” Williams said. “I responded, ‘OK, you’re a cannibal. I still think you’re going to like our beer.”

Little Machine’s veganism isn’t necessarily for the common reasons, like animal or environmental activism. They want to brew pure beers and be fully transparent to their customers. But more than that, they want everyone to be able to enjoy their products, which is why they also have a pear cider for the gluten-free crowd. The brewery isn’t just vegan or gluten-free—it’s inclusive.

“In general, why does anybody have a problem with it?” Williams said. “If you’re not vegan, it doesn’t exclude you. You can still drink vegan beer. Like if someone can’t consume gluten, or is vegan, why can’t they experience the beauty of what we do here?”

Veganizer Denver is a plant-based food consulting and marketing agency that works with restaurants to offer more plant-based options on their menus and host vegan events in the community. Sarah Eastin, chapter director, said that not a lot of vegans may know about the animal products used in beers.

“It’s silly, really. You’d think that as we’ve advanced technologically, we could come up with something better than fish bladder and crushed bone to filter our beer,” said Eastin, who’s also a culinary nutrition expert, plant-based chef, and vegan health coach. “I think it’s also a bit gross, and I think others may be grossed out, too, if they knew more about the process.”

But Eastin thinks that even among those who consume animal products, there’s a demand for vegan restaurants and breweries, because awareness of plant-based lifestyle is growing.

“Plenty of omnivores are interested in vegan options or on board,” Eastin said. “For Veganizer events, we focus on getting everyone in the door.”

But it’s not just about being inclusive. There are possible financial benefits to being vegan, too, she said. It’s a trendy movement that could potentially garner a lot of buzz and excitement for businesses.

“Offering vegan options gives you a great edge,” she said. “It’s also a great selling point, and vegans from all around the world will drop in to see you just for that offering.”

“Create a little change around the world”

Six miles south of Little Machine Beer, Alternation Brewing sits in an unassuming space on a busy stretch of one of Denver’s most popular corridors. The brewery, which celebrated its two-year anniversary this month, features vegan Milkshake IPAs and a popular Almond Milk Stout series called For The Animals. Owner and head brewer Brendan Pleskow said Alternation is the only brewery in the country that mimics lactose beers with almond milk, which he said is a more complicated process.

But Pleskow is quick to note that it’s not just his beer that’s vegan. His entire brewery is, as well. Alternation hosts only plant-based food trucks and supplies cruelty-free soap in the restrooms, while also implementing eco-friendly practices like composting and providing reusable cloth napkins instead of disposable ones.

In 2017, Pleskow and his wife were nervous for how their vegan brewery would be received. Admittedly, he said, it took about six months for them to be fully comfortable with their decision.

Part of Alternation’s mission is the normalization of the vegan community. Most his regulars aren’t vegan, and that helps proves his point that people can put aside stigmas they might have previously had about veganism to enjoy beer and food that don’t contain any animal products.

“I’m sure we will jumpstart somebody to do this somewhere else,” he said. “That’s what we want to do: create a little change around the world.” 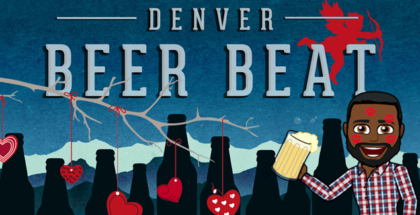 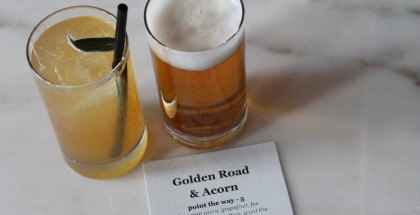