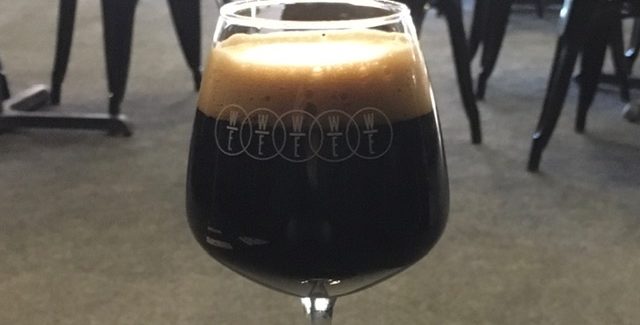 When you walk into a White Elm Brewing Company taproom in Lincoln, Nebraska and ask for the Fluffaluffagus, you’ll notice a few things about this beer.  First, Fluffaluffagus is very fun to say. Second, this is a beautifully dark beer that pours with a tall, tan head. Third, as you lift the glass to your nose for a sniff, you’ll note that it smells familiar. Perhaps like a cereal you ate as a kid.  No (you go in for another sniff) not the cereal. It smells like after  you ate the cereal, and all you had left was the reward of the marshmallows floating around in the last of the milk. 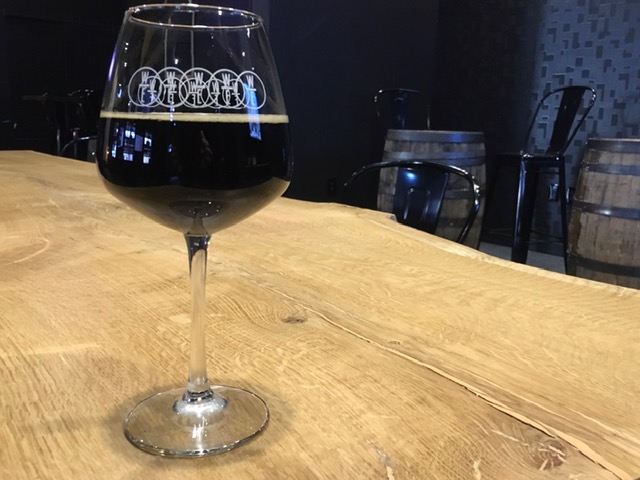 That’s because Fluffaluffagus is a “Marshmallow Imperial Stout.” Because of its sweetness, this beer is made for slow sipping. The sweetness also makes this beer accessible to people who would not normally order beer with such high ABV; Fluffaluffagus hits a surprising, 13% ABV.

Kolby from White Elm describes this beer as a pastry stout. “The nice thing about [pastry stouts] is that a sweeter imperial stout is a wonderful canvas for adjuncting because of the rich chocolate and coffee notes already present in the base beer.  By adding, say Cacao nibs you can really get a fudgy expression or in the case of Fluffauffagus adding marshmallow fluff to the beer makes the chocolate and subtle roasty notes begin to mimic s’more’s.”

White Elm opened in 2016 and they offer “modern American and classic Belgian ales to our community in Southeast Nebraska.” Their tap list is always filled with a variety of beers.  And there are often different takes on the same style of beer.

With so many breweries opening up in Nebraska, White Elm is no longer the “new kid on the block.” And they have gotten enough followers to open up a second location in downtown Lincoln. Their taprooms are cozy and relaxing—which is great, especially when you have a slow sipper like Fluffaluffagus. If you want to try a beer that you don’t often see on a tap list, (like “Marshmallow Imperial Stout”), give White Elm a try.