If you are like me–obsessed with pop culture and generationally saddled somewhere between an X’er and a Millennial–then you likely grew up mesmerized by Willy Wonka and his chocolate factory. The dazzling candy forest, the mind-blowing snozzberry wallpaper, the questionable lifestyle of Grandpa Joe: it’s all forever cemented in my memory as a true bastion of childhood wonder. This Friday, March 26, 2021, WeldWerks Brewing Co. is bottling some of that magic for us–or should I say, canning it. 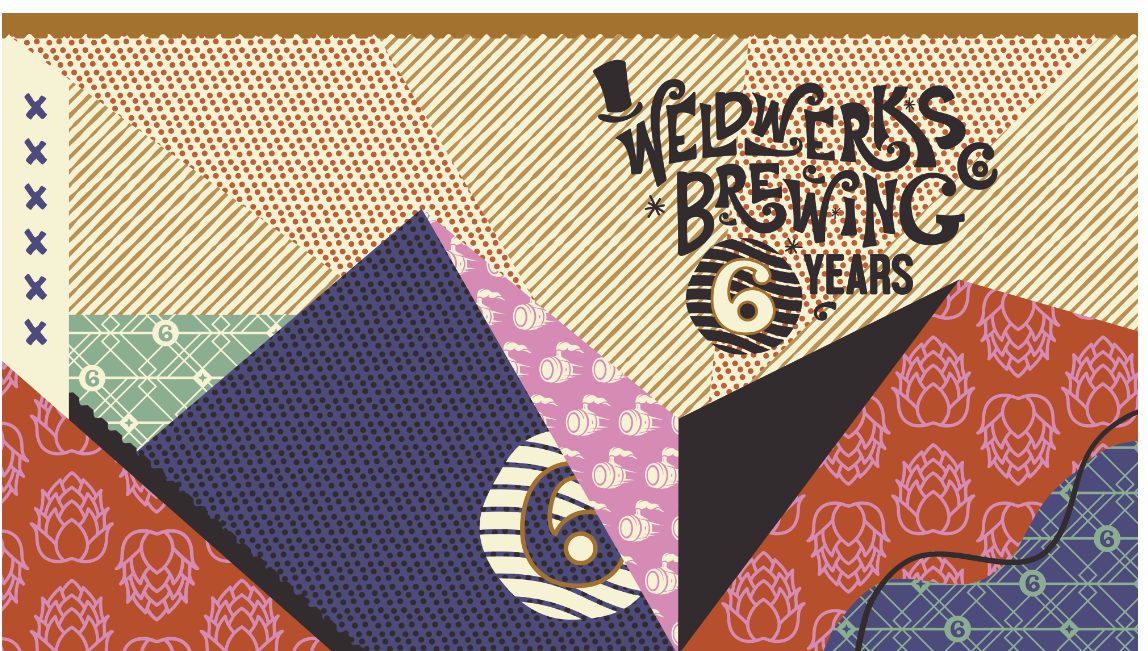 Greeley, CO-based WeldWerks is celebrating its sixth anniversary this month with an ode to Willy Wonka’s timeless contest: a Golden Ticket event. Beginning March 26, the brewery will be selling anniversary six-packs of some fan favorites as well as some brand new brews. The six-packs are priced at $30 and include classics like Advanced Fluid Dynamics, Blueberry Cobbler Berliner and Froot Camp: Strawberry Banana. Three new beers that will only be available in this six-pack release are Peanut Butter Achromatic, Coconut Achromatic and Extra Extra Extra Juicy Bits (that’s right: three extras). Custom glassware and commemorative masks will also be available for purchase.

Now for the Wonka twist: Tucked inside ten lucky six-packs are Golden Tickets. The charmed recipients of these tickets will receive one free bottle of every single WeldWerks Barrel-Aged Stout release for the entire year, starting this month. In case you’re not aware of what a hefty reward that is, WeldWerks has already released six barrel-aged stouts this year. The only catch is that the ticketed six-packs can only be purchased at the taproom in Greeley, CO–probably to keep spies like old Slughorn from stealing the secret Juicy Bits recipe. (Wait, now that I think of it, wasn’t Slughorn actually working for Wonka the entire time? Whatever–that side plot was confusing.) 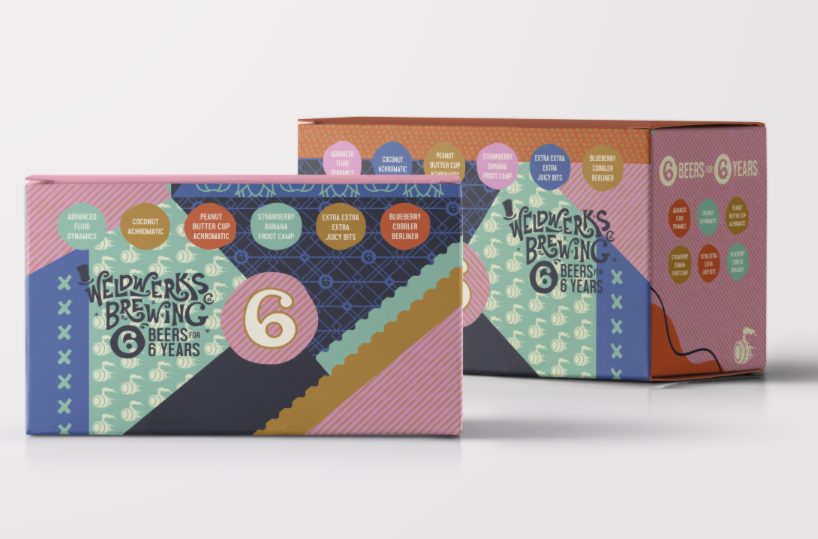 There are no purchase limits on these anniversary packages, but please do not channel your inner Veruca Salt by paying a couple of mules to wait in line and buy up every available six-pack so you’re guaranteed a win. Do it the honest way–the Charlie Bucket way–and shuffle over for your one innocent six-pack purchase after finding a crumpled $30 bill on the streets of Greeley. Though, truth be told, I have a feeling that most of us will just Augustus Gloop our way over to WeldWerks this weekend and guzzle down pastry stouts like our own personal grown-up version of the chocolate river. (If Oompa Loompas start joylessly rhyming at you regarding your impending demise, though, you may want to call an Uber home.) But however you choose to celebrate WeldWerks’s sixth anniversary, I hope you do it in a cheerful and silly fashion that would make Willy Wonka proud.

After all, to quote the man himself: “Candy is dandy, but liquor is quicker.”