Tamir Danon, co-founder of Denver’s Novel Strand Brewing has embraced an unconventional approach toward microbial sciences since beyond the Baker neighborhood brewery first opened in 2018. Prior to Novel Strand, Danon earned his master’s degree in microbiology with a focus on genetically modifying yeast to model diseases like cancer for his graduate thesis. And at NYU, Danon worked studying genetic disorders. But nowadays, he’s applying what he’s learned toward experimenting with Brettanomyces and testing out unique new hop varietals.

That spirit of continued experimentation has led Danon to his newest creation, Funk Shwei, which isn’t even technically a beer, but rather a naturally fermented tea drink.

Ringing in at an incredibly sessionable 2%, this initial iteration of Funk Shwie consists simply of water, black tea, lychee, cane sugar and Brett yeast and debuts today as a taproom-only, draft-only release.

Inspiration for Funk Shwie actually came to Danon at Goldspot’s Big Gay Beer Festival while catching up with Danny Wang, the former co-founder of Caution Brewing and current co-founder of Fermly, a Q/A, Q/C lab that helps process quality tests for breweries locally and around the country.

“Danny brought me a black tea mixed with hard seltzer from Cheluna Brewing,” explained Danon. “ It was light, fruity and perfect for a hot day, and he apparently had mixed teas with alcoholic beverages before but never fermented the tea with yeast before, so I thought I’d give it a try.”

Through a connection with Queen City Coffee Shop, which shares a space with Novel Strand, Danon was able to partner with Spirit Tea to source Iron Goddess black tea, a special varietal grown at 7,000 ft elevation in China’s Yunan province that exhibited notes of passionfruit and peaches. After brewing the tea with a bit of cane sugar, Danon allowed it to ferment with a generous helping of lychee puree and their favorite strain of Brettanomyces.

As a result, Funk Shwei is bright, extremely dry, and effervescent like a spritzy soda water, but bursting with natural lychee and ripe mango flavors. Because there is no grain used in this recipe, it should be clearly noted that this does not taste anything like a beer, but rather feels more reminiscent of popular fruit drinks found primarily in Asia. For a more Americanized translation, it can also be compared to a non-alcoholic fruited seltzer water that contains more complexity and a creamier mouthfeel than those found on the commercial market. While the name is a nod to the use of Brettanomyces which has been so often conflated with a sour or wild profile, neither of those are truly dominant here, but instead serves to more perfectly meld the fruit profile with that of the tea itself.

“Brett is really good at harmonizing,” explains Danon. “If you give it enough time and it’s in a happy environment, it’ll help to make those flavors come together really nicely.”

And while some may see Funk Shwei as the beginning of a new trendy alternative to beer, it’s a far departure from hard seltzers and its other spinoff boozy malt beverage alternatives on the market. Danon is clear that beer will always remain the number one focus for Novel Strand, but that he sees more opportunities to evolve this naturally fermented tea beverage by using different fruits and also blending with their beer lineup.

“At the end of the day, it’s still a fermented beverage,” said Danon. “I didn’t make it to compete with seltzer or hard teas, this is just something fun that we enjoyed playing around with, and we feel serves as a natural connection to several of the culinary inspirations we partner with frequently at the brewery.” 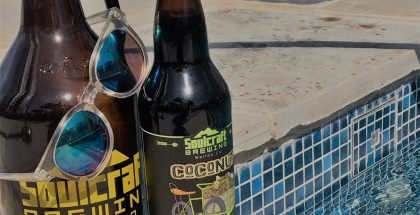 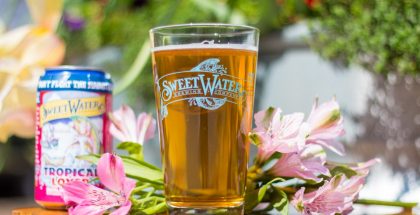