Beer for GoodFeaturesIndustry
No Comments

Obakeng Malope has a mission. The South African brewer and filmmaker has started a project blending beer culture and social change with enormous scope on both a national and international level, and her hard work and tenacity has already led to significant press and multi-national collaboration.

Malope is the creator of Beer Is Art, an initiative to offer access to the craft beer industry to South Africa’s unemployed young people. In the second quarter of 2022, 4.8 million 15-34 year old South Africans were unemployed, 46.5% of the population in that age group. Malope believes that the growing South African craft beer industry has the potential to help lift some of these young people out of poverty. “The youth are sitting at home unemployed here in South Africa. The campaign teaches about beer, that beer is not something that you drink and get drunk off. We teach beer and food pairing, brewing, beer podcasting and licensing. We show them that they can turn beer into a career,” she says. 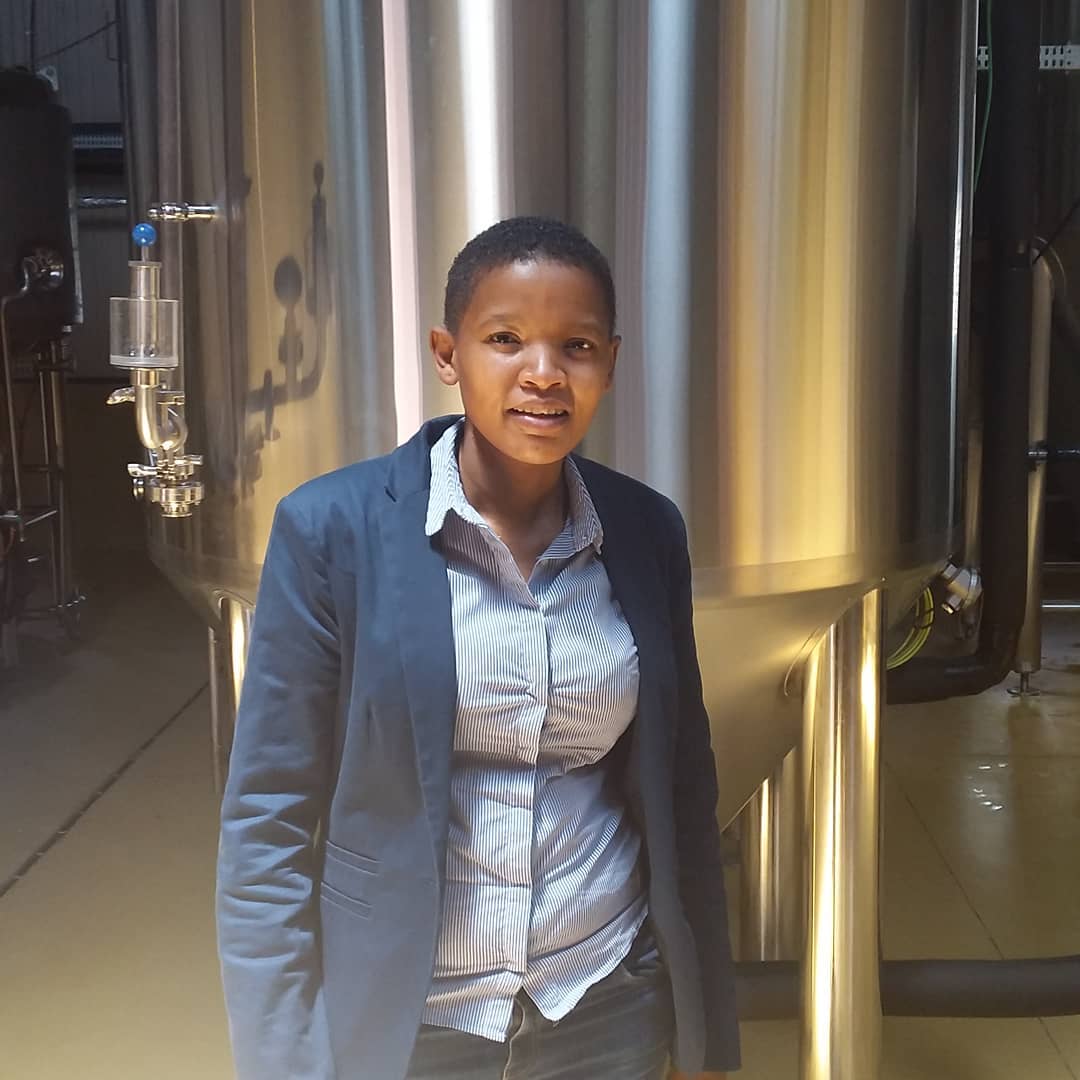 Reconnecting with the Roots of Beer

Tackling youth unemployment lies at the crux of Beer Is Art, but it is not Malope’s only goal. She aims to use the project to change perceptions of beer and drinking culture in South Africa, while also building bridges internationally and growing multicultural understanding of South Africa’s brewing history while bringing in specialists from around the world to support and promote beer learning in South Africa. This is no small order, yet Malope has already found collaborators from around the world, including India, Belgium, Singapore and the USA. How has she managed to achieve so much recognition so quickly?

A combination of extremely hard work, abundant self-belief and a deep love of beer and brewing have made Malope’s campaign resonate so widely. “For an individual to start talking about beer you need to have certain level of consciousness within yourself. You will understand that your roots are intertwined with beer. Beer is deep, beer is spiritual beer is our DNA,” she says. Malope grew up in Jericho, in South Africa’s northwest province, watching her grandmother brew traditional sorghum-based Bojalwa jwa Setswana, or Umqombothi.

Malope’s successful career in film-making took her to Europe, where her first taste of British, German and Belgian beers reignited her passion for the craft she grew up with, inspiring her to apply for the Road to 100 project created by Eugenia Brown, who posts as @blackbeerchick. The project offered funding for 100 women of color to achieve their Cicerone beer qualification, and Malope zoomed in from her home in Johannesburg for online classes at 2am local time. Nonetheless, she passed with flying colors, interning at local breweries to fine-tune her skills. It was at this point that she saw an opportunity to combine her desire to share her love of beer and brewing, educate younger South Africans about their brewing history, and offer educational opportunities to tackle local youth unemployment.

A natural storyteller, Malope believes that the South Africa’s young but growing craft beer industry is the perfect canvas for a new generation to make their mark. The name of the project draws on the rich history of southern Africa’s indigenous Khoisan peoples. “I view Beer Is Art as the painting that the Khoisan tribe left on the caves. The Khoisan drew paintings on the caves to tell a story, a story of how they are living, what happened so that the next generation can read the stories that they left for them and get to know who they were and know their roots,” she says.

This sense of rootedness and grounding is highly important to Malope, who wants to ensure that Beer Is Art students are as well-versed in traditional beer-making methods as they are in modern craft beer techniques. However, a key feature of the project is its international reach.

Through a combination of social media and press outreach, Malope has gathered a strong group of international partners to support the project. This will not only help Malope raise the profile of Beer Is Art and hopefully bring in crowdfunding support from abroad, it will also feed into Malope’s goal of creating a cultural exchange through beer and brewing, teaching her students about different ways of making beer around the world and sharing her knowledge of African beer history and heritage with beer professionals from around the globe. 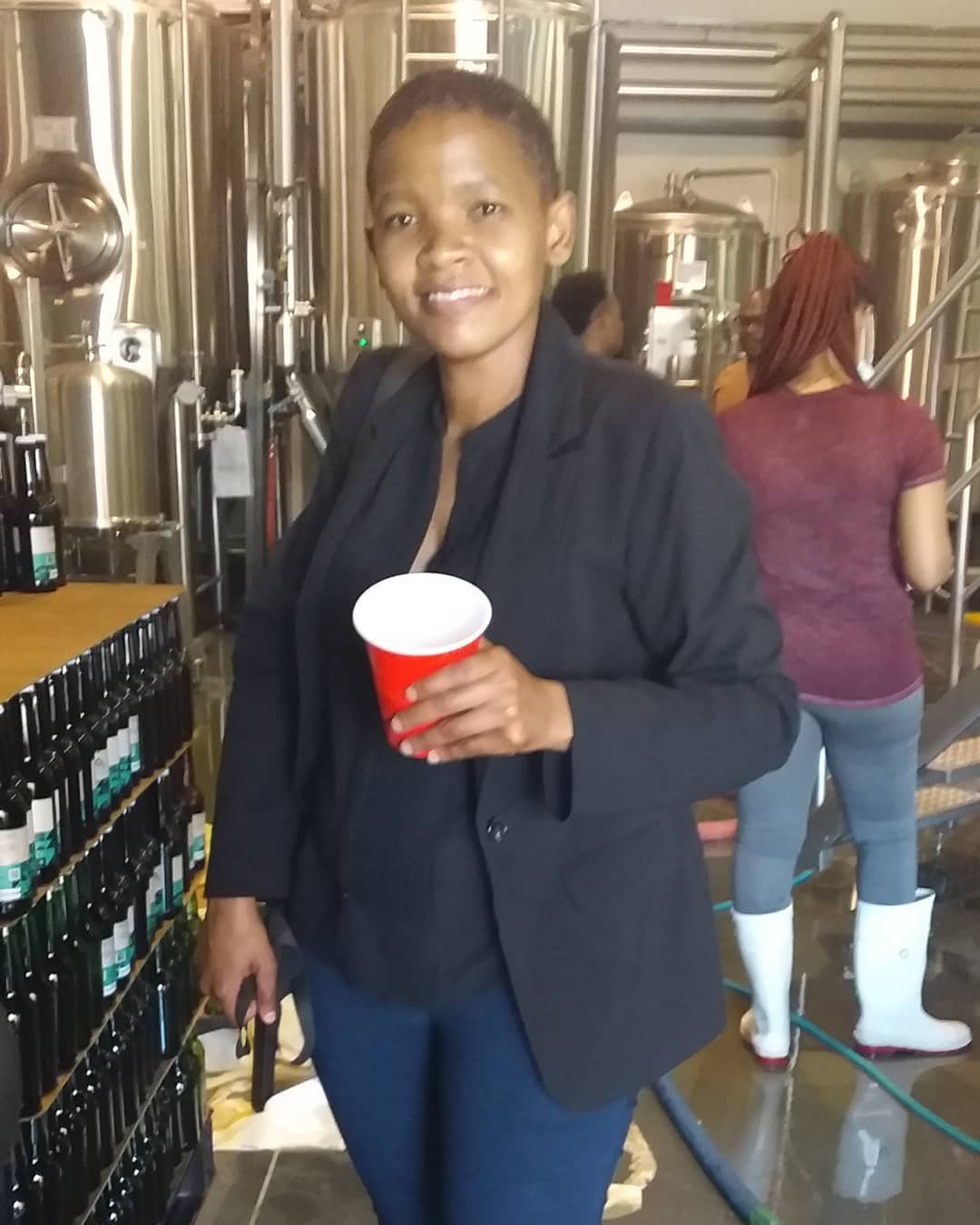 One of the first international allies Malope reached out to was Chatty Girija, host of India’s only beer podcast, Cheers Chatty. Their shared passion and tenacity and the experience of forging new pathways for women in craft beer in their respective countries, leaned into working collaboratively, and Girija will lead Malope’s students in learning about beer in India as well as beer podcasting by video conference once Beer Is Art goes live. “From brewing to branding aspects of beer, Cheers Chatty will design a customized curriculum to the youth of South Africa and Cheers Chatty will voice the Beer is Art Movement through its podcast,” says Girija.

In Belgium, Malope has recruited brewing and education hub Beerstorming to take part in Beer Is Art. Beerstorming is a brewery that offers the opportunity for guests to create their own beer with the help of a professional brewmaster, so is already equipped with the tools to give Malope’s student’s a guided learning experience. “Beer Is Art is a similar project [to Beerstorming] where people want to share their passion for beer and art so that’s a good common point,” says Arthur Ries, Beerstorming’s founder and manager. “I really like the project because it’s about sharing passion and educating people and by educating them and helping them to find a job later on is something I really respect, and I think that in South Africa that could be a great challenge and a great opportunity for those people.”

Montclair Brewery in Montclair, NJ, are contributing to the project by fundraising – releasing a rebranded version of their award-winning Baobiere Golden Ale, brewed with West African Baobab fruit to support Beer Is Art. “The continent of Africa is always near and dear to our hearts,” says co-owner Denise Ford-Sawadogo, whose husband and co-owner Leo is from Burkina Faso. “We are closer culturally and mentally to West Africa but after speaking with her we realized that if we could also lend a bit of help to South Africa we should do that as global citizens and as descendants of Africa.”

Other international partners include Craft Brew Asia and Civilization Brewing, who will be offering beer education support remotely to complement the training that students will receive on the ground from the nine local Johannesburg breweries taking part. Malope hopes to have Beer Is Art off the ground at some point in 2023, initially recruiting local youngsters from the Johannesburg area villages and townships to positively impact these communities. “Each and every person should have a story. They should have struggles so that from our side after seeing that they were part of the project their lives did change . For us we will offer proof that beer can changes someone’s life,” says Malope.

With published interviews including Hop Culture, Beer Is For Everyone and Brewer World, Malope is making significant headway in getting Beer Is Art on the craft beer map, although the project is still at the crowdfunding stage. If you would like to support Beer Is Art, you can donate here, or if you would like to collaborate with Malope professionally on the project, you can find here on Instagram here.